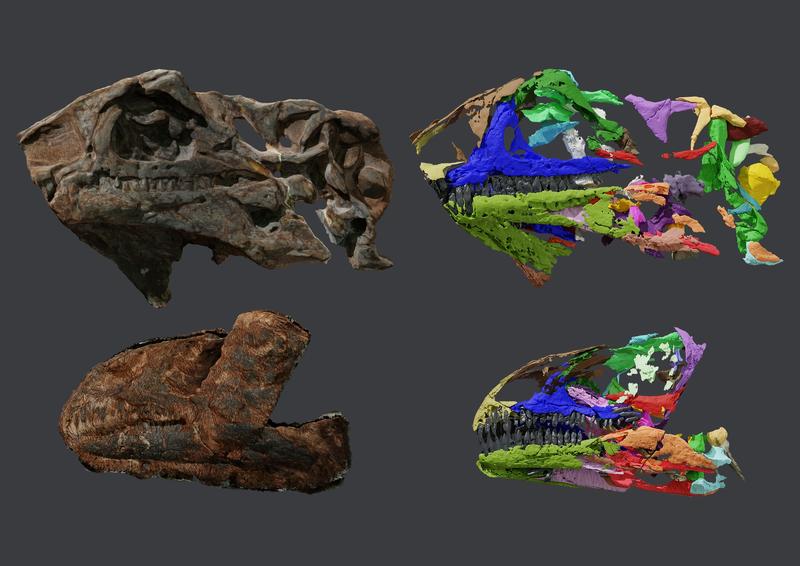 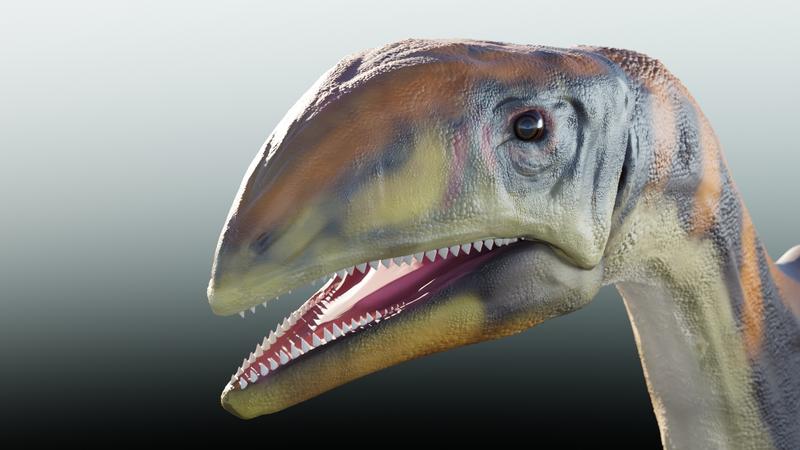 The two-legged dinosaur Issi saaneq lived about 214 million years ago in what is now Greenland. It was a medium-sized, long-necked herbivore and a predecessor of the sauropods, the largest land animals ever to live. It was discovered by an international team of researchers from Portugal, Denmark and Germany, including the Martin Luther University Halle-Wittenberg (MLU). The name of the new dinosaur pays tribute to Greenland's Inuit language and means "cold bone". The team reports on its discovery in the journal "Diversity".

The initial remains of the dinosaur - two well-preserved skulls - were first unearthed in 1994 during an excavation in East Greenland by palaeontologists from Harvard University. One of the specimens was originally thought to be from a Plateosaurus, a well-known long-necked dinosaur that lived in Germany, France and Switzerland during the Triassic Period. Only a few finds from East Greenland have been prepared and thoroughly documented. "It is exciting to discover a close relative of the well-known Plateosaurus, hundreds of which have already been found here in Germany," says co-author Dr Oliver Wings from MLU.

The team performed a micro-CT scan of the bones, which enabled them to create digital 3D models of the internal structures and the bones still covered by sediment. "The anatomy of the two skulls is unique in many respects, for example in the shape and proportions of the bones. These specimens certainly belong to a new species," says lead author Victor Beccari, who carried out the analyses at NOVA University Lisbon.

The plant-eating dinosaur Issi saaneq lived around 214 million years ago during the Late Triassic Period. It was at this time that the supercontinent Pangaea broke apart and the Atlantic Ocean began forming. "At the time, the Earth was experiencing climate changes that enabled the first plant-eating dinosaurs to reach Europe and beyond," explains Professor Lars Clemmensen from the University of Copenhagen.

The two skulls of the new species come from a juvenile and an almost adult individual. Apart from the size, the differences in bone structure are minor and only relate to proportions. The new Greenlandic dinosaur differs from all other sauropodomorphs discovered so far, however it does have similarities with dinosaurs found in Brazil, such as the Macrocollum and Unaysaurus, which are almost 15 million years older. Together with the Plateosaurus from Germany, they form the group of plateosaurids: relatively graceful bipeds that reached lengths of 3 to 10 metres.

The new findings are the first evidence of a distinct Greenlandic dinosaur species, which not only adds to the diverse range of dinosaurs from the Late Triassic (235-201 million years ago) but also allows us to better understand the evolutionary pathways and timeline of the iconic group of sauropods that inhabited the Earth for nearly 150 million years.

Once the scientific work is completed, the fossils will be transferred to the Natural History Museum of Denmark.

Note to editors: This press release is accompanied by an animated video showing the fossil, a 3D reconstruction of the skull, and an image of the dinosaur. It is freely available for reporting purposes, provided the source (video: "Victor Beccari) is acknowledged: https://filer.itz.uni-halle.de/dl/838/pub/video-Issi-saaneq.mp4