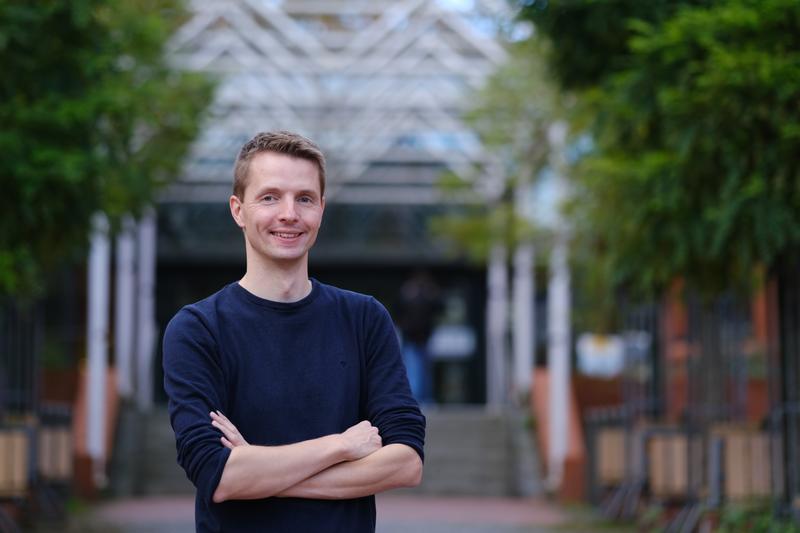 Dr. Jan Vogelsang, a physicist at the University of Oldenburg, has been accepted into the renowned Emmy Noether Programme (ENP) run by the German Research Foundation (DFG). Vogelsang can now establish his own junior research group, for which the DFG is providing up to 2.5 million euros in funding. In his project "Attosecond Charge Carrier Dynamics at Nanoscale Interfaces", Vogelsang is making processes visible that are far too small and too fast for the human eye to detect.

"Offering our early-career researchers targeted and personalized support is a priority for our university. Jan Vogelsang is an outstanding researcher, and his acceptance into the Emmy Noether Programme is high recognition of his achievements," said Prof. Dr. Ralph Bruder, President of the University of Oldenburg.

Prof. Dr. Christoph Lienau, in whose Ultrafast Nano-Optics research group Vogelsang completed his PhD, said: "Jan Vogelsang is very curious, well-organized and very determined." The young scientist has both great intellectual abilities and excellent experimental skills, as well as the ability to combine them to outstanding effect, he added.

Whether it's in smartphone displays, light-emitting diodes or fibre-optic connections, optoelectronic components are essential for the conversion of electrical energy into light and of light into solar power. They form the interface between electrical and optical components and are getting smaller and smaller as the technology advances. Vogelsang's research focuses on the processes taking place in these components. His goal is to make nanoscale mechanisms visible.

The physicist and his junior research group will study the paths electrons take after being excited by a short laser pulse. With the experimental resources made available to him so far, he has already been able to detect the direction in which the particles move. What he lacked, however, was the means to pinpoint their exact position. Vogelsang is now using a new technique involving a second laser pulse that lasts just a few attoseconds (one attosecond is equal to a billionth of a billionth of a second). This second pulse releases the excited electrons from the sample under investigation, for instance the conduction band of a semiconductor.

"It is precisely these electrons that carry the information we need, and we will now examine them in detail using our new electron microscope," Vogelsang explains. With this technique, the laser pulses are so short that the electrons appear to stand still at the moment of exposure, enabling Vogelsang to keep up with these ultrafast and ultra-tiny charge carriers. The motion of the electrons not only becomes visible, but can also be observed as if on film.

The new equipment that Vogelsang can now acquire thanks to the ENP funding is making this research possible. A photoemission electron microscope will be the centrepiece of the team's work. This device images the described position of electrons down to a resolution below 50 nanometres (or 50 billionths of a metre), yielding a direct glimpse into the nanoscopic world. In conjunction with the lasers which, as described above, make it possible to keep up with the ultrafast electrons, as well as a time-of-flight spectrometer that can determine the electrons' kinetic energy, an experimental set-up worth around 750,000 euros is being constructed.

Vogelsang is confident that his technique can help colleagues in many different research areas to find answers to questions that they have so far only been able to solve through trial and error. It could be applied to charge transfer processes in solar cells to track the tiny electrons as they cross material boundaries, for example. With these insights into the nanoworld, scientists will be able to optimize power generation in a targeted manner from the very beginning of the process.

Vogelsang studied physics in Oldenburg and Munich and earned his PhD at the University of Oldenburg. In the Ultrafast Nano-Optics research group headed by Prof. Dr. Christoph Lienau, he developed a novel electron microscope that could record the expansion of an electron cloud at a higher resolution than had ever been achieved before. For this innovation he was awarded the Friedrich Hirzebruch Dissertation Prize by the German Academic Scholarship Foundation, as well as the Prize for an Outstanding Doctorate by the University Society Oldenburg e.V. At the end of 2020, the University of Oldenburg awarded Vogelsang a Carl von Ossietzky Young Researchers' Fellowship, and he returned to Oldenburg after three years of conducting research in Lund, Sweden, on a grant from the European Union.

About the Emmy Noether Programme:
The German Research Foundation's Emmy Noether Programme gives outstanding early career researchers the opportunity to achieve scientific independence at an early stage. With the six-year funding provided by the programme, postdoctoral researchers with substantial international experience can qualify for appointment as a university professor by leading their own junior research group. The award is named after the German mathematician Emmy Noether, whose work brought major advances in abstract algebra and theoretical physics at the start of the 20th century.