Where does gold come from? — New insights into element synthesis in the universe 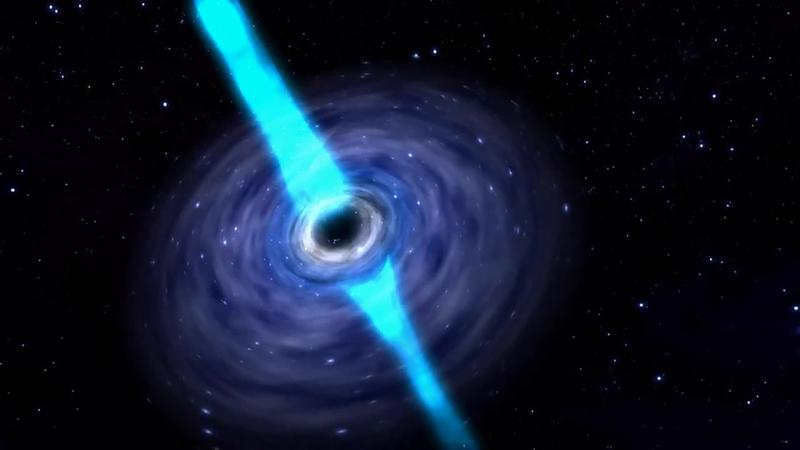 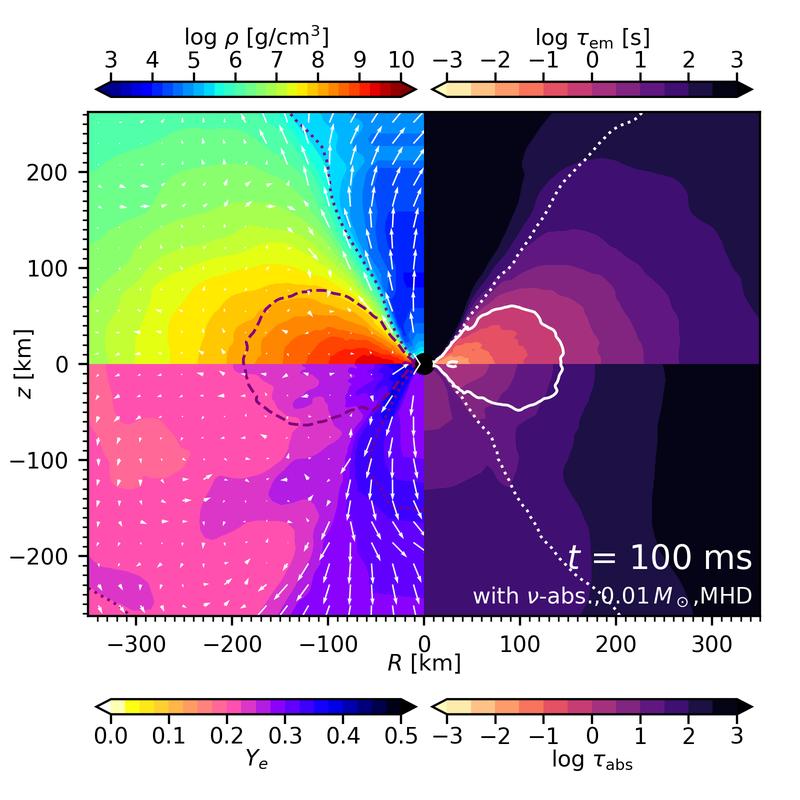 How are chemical elements produced in our Universe? Where do heavy elements like gold and uranium come from? Using computer simulations, a research team from the GSI Helmholtzzentrum für Schwerionenforschung in Darmstadt, together with colleagues from Belgium and Japan, shows that the synthesis of heavy elements is typical for certain black holes with orbiting matter accumulations, so-called accretion disks.

The predicted abundance of the formed elements provides insight into which heavy elements need to be studied in future laboratories — such as the Facility for Antiproton and Ion Research (FAIR), which is currently under construction — to unravel the origin of heavy elements. The results are published in the journal Monthly Notices of the Royal Astronomical Society.

All heavy elements on Earth today were formed under extreme conditions in astrophysical environments: inside stars, in stellar explosions, and during the collision of neutron stars. Researchers are intrigued with the question in which of these astrophysical events the appropriate conditions for the formation of the heaviest elements, such as gold or uranium, exist. The spectacular first observation of gravitational waves and electromagnetic radiation originating from a neutron star merger in 2017 suggested that many heavy elements can be produced and released in these cosmic collisions. However, the question remains open as to when and why the material is ejected and whether there may be other scenarios in which heavy elements can be produced.

Promising candidates for heavy element production are black holes orbited by an accretion disk of dense and hot matter. Such a system is formed both after the merger of two massive neutron stars and during a so-called collapsar, the collapse and subsequent explosion of a rotating star. The internal composition of such accretion disks has so far not been well understood, particularly with respect to the conditions under which an excess of neutrons forms. A high number of neutrons is a basic requirement for the synthesis of heavy elements, as it enables the rapid neutron-capture process or r-process. Nearly massless neutrinos play a key role in this process, as they enable conversion between protons and neutrons.

“In our study, we systematically investigated for the first time the conversion rates of neutrons and protons for a large number of disk configurations by means of elaborate computer simulations, and we found that the disks are very rich in neutrons as long as certain conditions are met,” explains Dr. Oliver Just from the Relativistic Astrophysics group of GSI's research division Theory. “The decisive factor is the total mass of the disk. The more massive the disk, the more often neutrons are formed from protons through capture of electrons under emission of neutrinos, and are available for the synthesis of heavy elements by means of the r-process. However, if the mass of the disk is too high, the inverse reaction plays an increased role so that more neutrinos are recaptured by neutrons before they leave the disk. These neutrons are then converted back to protons, which hinders the r-process.” As the study shows, the optimal disk mass for prolific production of heavy elements is about 0.01 to 0.1 solar masses. The result provides strong evidence that neutron star mergers producing accretion disks with these exact masses could be the point of origin for a large fraction of the heavy elements. However, whether and how frequently such accretion disks occur in collapsar systems is currently unclear.

In addition to the possible processes of mass ejection, the research group led by Dr. Andreas Bauswein is also investigating the light signals generated by the ejected matter, which will be used to infer the mass and composition of the ejected matter in future observations of colliding neutron stars. An important building block for correctly reading these light signals is accurate knowledge of the masses and other properties of the newly formed elements. “These data are currently insufficient. But with the next generation of accelerators, such as FAIR, it will be possible to measure them with unprecedented accuracy in the future. The well-coordinated interplay of theoretical models, experiments, and astronomical observations will enable us researchers in the coming years to test neutron star mergers as the origin of the r-process elements”, predicts Bauswein.