Experts for the Space Situation: Fraunhofer FHR with TIRA and GESTRA at Space Tech Expo Europe 2021 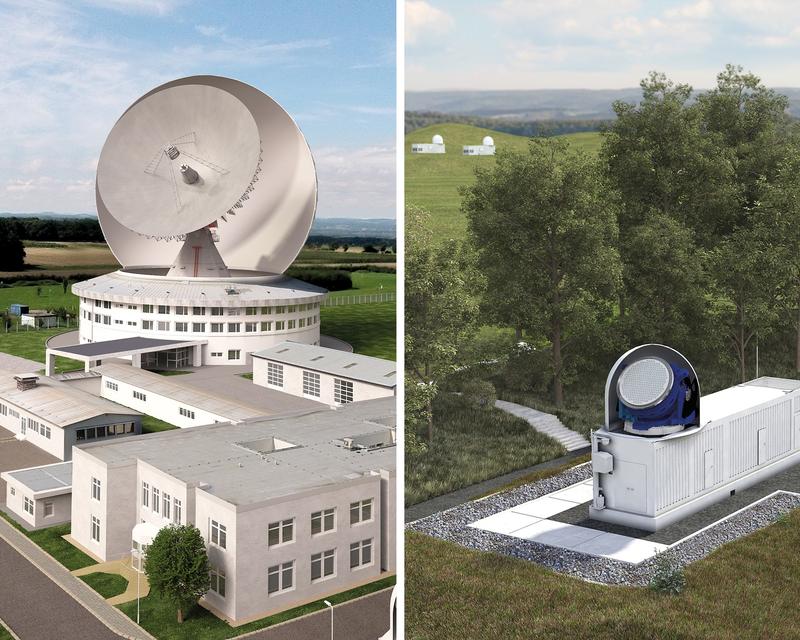 Space observation and space surveillance are the focus of the Fraunhofer Institute for High Frequency Physics and Radar Techniques FHR's trade show appearance at Space Tech Expo Europe 2021. At Europe's largest exhibition and conference for the space industry, which will take place in Bremen from November 16 to 18, 2021, the institute will showcase the capabilities of the TIRA and GESTRA radar systems.

Reliable reconnaissance of the space situation is essential for civil, military and commercial space flight. Fraunhofer FHR offers two precise, complementary systems for this purpose: TIRA (Tracking and Imaging Radar) and GESTRA (German Experimental Space Surveillance and Tracking Radar). The institute will present these at the joint booth of the Fraunhofer Space Alliance.

TIRA, which is unique in Europe, utilizes a 34-m Cassegrain antenna and comprises two radars, i.e., a narrowband, pulse radar for tracking that operates at the L band, as well as a broadband imaging radar operating at the Ku band. The former provides highly-accurate orbital parameters and the latter high-resolution imaging of space objects. The tracking radar is sensitive enough to detect a 2-cm sphere at a range of 1000 km. Furthermore, the imaging radar provides high spatial resolution inverse synthetic aperture radar (ISAR) images of space objects.

The mission focus of TIRA is to support space missions from launch to re-entry. Among other things, TIRA enables the in-orbit status assessment of space objects or the detection of space debris. But TIRA's capabilities are also in demand for the removal and recycling of space debris. Here, Fraunhofer FHR researchers are collaborating with various initiatives and companies: For example, they are observing objects such as rocket upper stages for ESA's planned Clear Space 1 mission in 2025 and producing initial analyses of their proper motions.

To better protect satellites threatened by increasing space debris, the Fraunhofer Institute for High Frequency Physics and Radar Techniques FHR has developed a powerful experimental radar sensor for space observation on behalf of the German Space Agency at DLR: GESTRA (German Experimental Space Surveillance and Tracking Radar). The fully digital Phased-Array-System GESTRA is in operation since mid-2021. At the moment an evolutionary stage of a further single receiver is developed and built-up by Fraunhofer-FHR. The cooperation of both systems will be the fundament of a connected network for SSA activities in the future. To enable the best performance of every single system an on-going development of technology and algorithms is necessary. FHR is continuously cooperating with industrial partners to reach these goals.

"With TIRA and GESTRA, Fraunhofer FHR and its partners from industry and defense are conducting research on two systems that can meet the growing challenges of space situational awareness. We are pleased to showcase the projects' booth at Space Tech Expo Europe," said Prof. Peter Knott, executive director of Fraunhofer FHR.