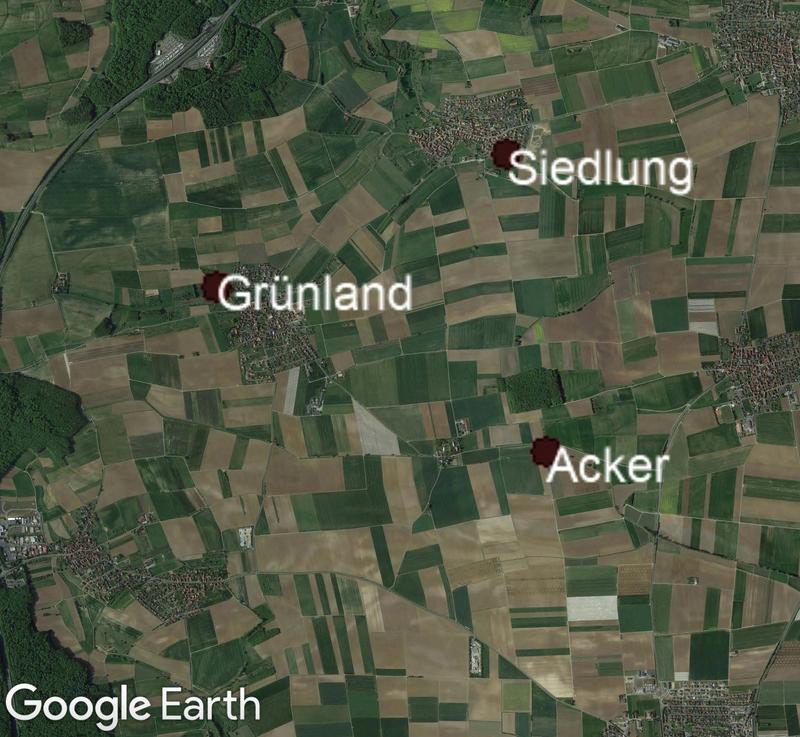 The question of the causes of species extinction confronts science with complex tasks. Dr Sarah Redlich from the Biocentre on the challenge of creating a study design.

Research groups all over the world are trying to disentangle the causes of biodiversity loss. One thing is clear: there is no single cause. Behind the decline of biodiversity lies a complex bundle of causes.

That is why research in this field is enormously complex. Dr. Sarah Redlich from the Biocenter of Julius-Maximilians-Universität Würzburg (JMU) in Bavaria, Germany, accepted that challenge in the LandKlif project, which investigates the effects of climate change and land use on species diversity.

Before researchers start researching, they have to come up with a plan. In technical jargon, this is called "study design". Sarah Redlich was instrumental in developing the sophisticated study design of the collaborative project LandKlif (part of the Bavarian climate research network bayklif). The design is presented in the current issue of the journal Methods in Ecology and Evolution.

The main research question was: What influence do climate warming and land use have on the decline of plants and animals, including flying insects, but also on their ecological services such as pollination and pest control? The study design allowed 179 suitable forest, arable, grassland and settlement areas to be selected as study sites across Bavaria.

"We all know that we have to take action before it is too late. After all, the loss of species is becoming more and more alarming," says Sarah Redlich. However, it is important to know exactly which measures make sense to achieve a specific goal, and where to implement them - "otherwise the best projects are useless.

In order to avoid misinterpretations of observations, the researchers around Sarah Redlich and project leader Professor Ingolf Steffan-Dewenter tinkered with their study design for many weeks before the actual LandKlif investigations began in April 2019.

"For example, we looked for near-natural landscapes as well as intensively used agricultural landscapes and settlement areas within different climates," explains the JMU biologist. This allows us to distinguish between the influence of land use and climate.
Potential sites such as fields or forests have to be analysed very precisely in advance in order to avoid false conclusions when studying species loss.

"For example, you cannot simply compare fields with and without flower strips to find out to what extent the flower strip influences the diversity of insects," explains Sarah Redlich. It is important to know whether there are nature reserves in the immediate vicinity of the fields or whether some of the fields are managed organically. Because all these aspects can be significant influencing factors: "We tried to filter out such hidden factors when searching for suitable study sites."

The size of the field or forest, the distance to other habitats, the nature of the area where the data recordings and experiments were carried out, but also the distribution of different habitats in the landscape: all this was taken into account in the design.

Study design starts on the computer

Although field researchers develop their ideas and questions by observing nature, the planning and design of a field study often starts in the office. "In our case, the initial selection of study sites took place on the computer," says Sarah Redlich. Geoinformation systems for analysing spatial data were an important tool.

At the end of the computer-assisted selection, however, there was no way around inspecting all 179 locations. This was done by ten doctoral students from various Bavarian universities.

"They had to check on site, for example, whether the sites were easily accessible and not too close to rivers or streams," explains the biologist. They also had to identify the landowners of each site and obtain their consent. This part of the study design and the subsequent field research were "logistical Herculean tasks".

But the effort was worth it: the results of an initial study have been published in a high-ranking journal and are receiving a lot of attention worldwide. (Link to JMU press release https://www.uni-wuerzburg.de/en/news-and-events/news/detail/news/insekten-im-klima-und-landschaftswandel/) Further studies are in preparation.

According to Sarah Redlich, a lot can already be done to counteract the loss of animals and plants – even if research does not yet fully understand what exactly influences the decline in biomass and diversity.

According to the JMU biologist, however, it is clear that intensive agriculture and the sealing of land are significant drivers of this alarming development, as essential plant and animal habitats are lost.

To create habitats, more flowering areas should be created and extensive farming methods used. It would also make sense to green facades in cities. Additionally, it is important to connect isolated habitats and reduce pollution from synthetic pesticides and industrial waste.

Climate change is also affecting biodiversity. Whether and how land use and climate interacts and what effects this has on biodiversity in Bavaria will be shown by the results of the field research, which are still pending.

In conclusion, Ingolf Steffan-Dewenter emphasises: "Our study design is cross-scale, representative of landscape areas throughout Bavaria and it enables the combined analysis of climate and land use. We are thus laying an important foundation for a causal understanding of biodiversity decline and a still missing standardised biodiversity monitoring in Bavaria".