Breakdown of 3D Protein Structures: Threaded as an Eyelet 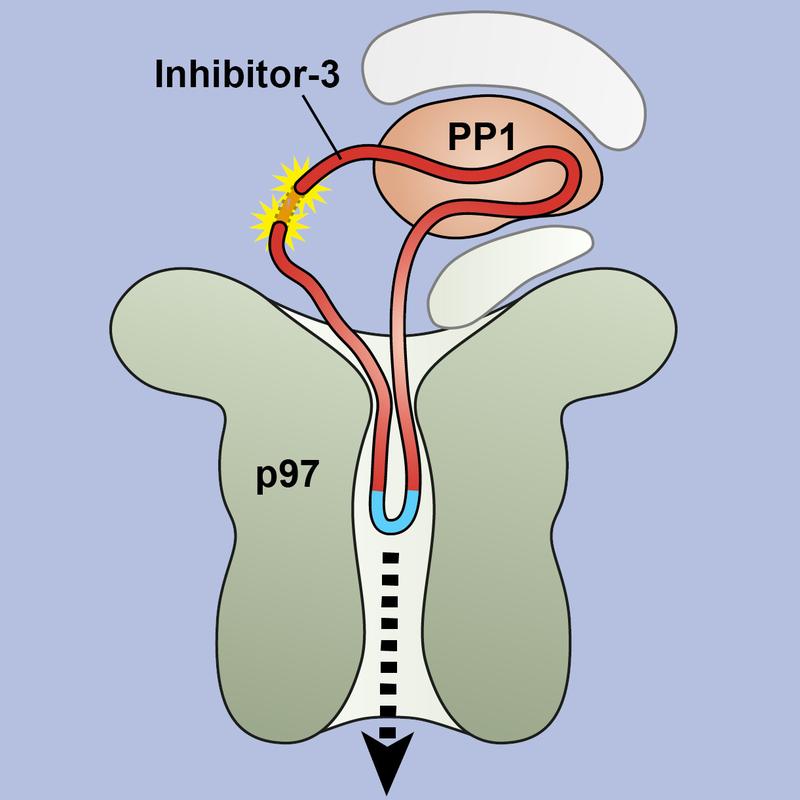 It’s an old needlework trick, and a protein in our body knows it: Instead of threading yarn into the eye from the end, it can be easier to pass a loop through it. This is how a protein in our body works, unfolding or separating other protein structures. Biologists from the University of Duisburg-Essen (UDE) have made this discovery and published it in Nature Structural & Molecular Biology.

Proteins are both: the building blocks and the tools of our cells, and each consists of a long thread of amino acids. Only when this thread is folded into a clew in a particular way a protein can function.

Sometimes this three-dimensional structure must be unraveled again – especially when proteins are being degraded. For this purpose, the long thread of amino acids is threaded through a kind of funnel, loses its tangle shape in the process and separates from the partner protein. The funnel is itself a protein called VCP/p97, which can suck in other proteins through its central pore. It is important in the cell's own quality control: if a protein is misfolded, it is untangled by VCP/p97 for subsequent degradation.

"We were able to demonstrate that in at least one case, threading into the pore of VCP/p97 does not happen from the ends, as we initially suspected. Instead, it starts in the middle of the protein strand, where a specific sequence of amino acids is recognized," explains first author Johannes van den Boom from Molecular Biology I.

To do this, the team used a protein engineering trick for the structures, which are only a few millionths of a millimeter in size: They seamlessly connected the two ends of the amino acid strand that was to be unfolded, thus creating a ring. And indeed – the two proteins under investigation were nevertheless separated from each other.

"Now we know that VCP/p97 can not only unfold proteins, but also separate them from each other, and its pore is even large and flexible enough to accommodate the double-laid amino acid strand in the loop," van den Boom summarizes.

This kind of basic research is essential in order to understand cellular mechanisms in detail and, based on this, to better understand processes such as those involved in neurodegenerative diseases.