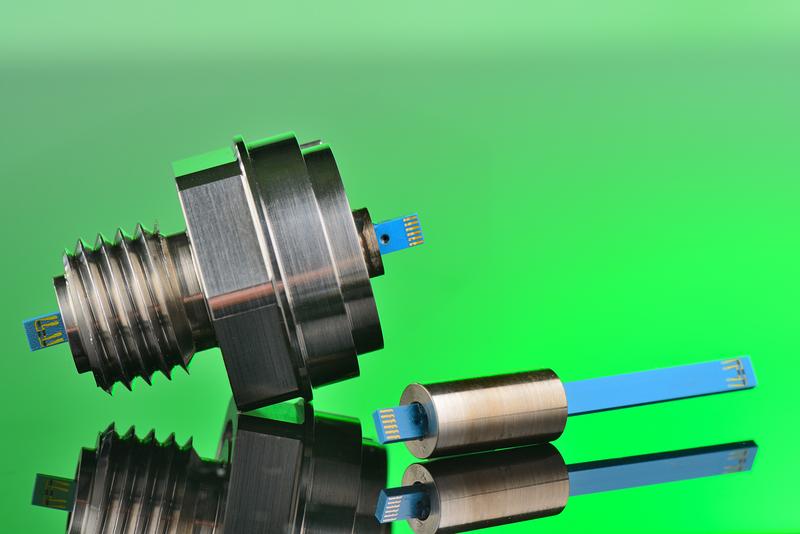 At the moment, industry is lacking in robust sensors that can withstand extremely high temperatures and pressures. Eight Fraunhofer Institutes have now developed a technology platform for building this type of sensor systems as part of the “eHarsh” lighthouse project. These are even capable of monitoring the insides of turbines and deep boreholes for geothermal systems.

They sense disruptive vibrations, issue warnings when a machine is running hot and are able to identify damaged components on a production line. Sensors play a key role in today’s production processes. Complete production lines are managed using reliable sensing devices and artificial eyes. However, it has not yet been possible to deploy these watchful assistants in every area of industry: Conventional sensors do not last long in environments that are classified as extremely harsh. These include the insides of power plants or aircraft turbines and boreholes in the ground, where temperatures and pressures are high. Sensors are also damaged by aggressive gases and liquids, or dust. To address this problem, eight Fraunhofer Institutes (see box) have joined forces in the “eHarsh” project to develop the first highly robust sensors for extremely harsh environments. “We have a lot of in-depth knowledge within the individual institutes,” says eHarsh Coordinator Holger Kappert from the Fraunhofer Institute for Microelectronic Circuits and Systems IMS. “We know a lot about heat-resistant ceramics and we have the ability to test material properties and produce robust microelectronic circuits. On our own, though, none of us were capable of creating this type of sensor. It was only through cooperation and the combination of many individual technologies that we were able to succeed.”

The team first focused on applications with high temperatures and pressures – the aforementioned turbines and boreholes. The aim was not just to incorporate robust pressure and thermal elements into the turbines and boreholes, but also to include the electronic components to evaluate the measurements. “The advantage of having the electronic components on site and of having signal processing take place in the sensor itself is that it improves the quality of the sensor signals,” says Holger Kappert. “It also means we can network the sensors better in the future, saving on cabling effort.” This would be particularly useful in aircraft engines because it would reduce their weight. These engines are complex. Air flows, voltages and electrical power need to be carefully controlled depending on the flight maneuver. Using small, robust sensors right inside the engine, the engine’s status could be measured and the combustion process controlled with much greater precision in the future so that fuel can be used more efficiently, for example.

The sensor casing is made from metal and the sensor elements from ceramic that can resist temperatures of up to 500 degrees Celsius. The internal electronics can withstand around 300 degrees Celsius. One challenge was to combine the different components so they would not come apart even when repeatedly heated and cooled, despite being made from materials that expand and contract at different rates. Among the materials used were heat-resistant ceramic circuit boards and conductors with a tungsten admixture that is also used for the filament in light bulbs.

The sensors are not only heat resistant but can also withstand pressures of up to 200 bar – almost a hundred times the pressure in a car tire. One possible future use for these sensors is in pumps for geothermal systems. In geothermal systems, buildings are heated with hot water from the earth. The pumps are situated deep down in the borehole and need to be able to withstand both the heat and the pressures at that depth. These new sensors make it possible to monitor the pumps easily and permanently. These enhanced possibilities can also help machine manufacturers to test the service life of their sensors. These tests subject components to high pressures or temperatures so that they age more quickly, which makes it possible to determine the service life of a product within a manageable time frame. If the sensors are able to function in more extreme conditions, it will be possible to run the tests with higher load. This will significantly reduce testing time. “Overall, the interdisciplinary nature of ‘eHarsh’ has allowed us to successfully develop a technology platform for robust sensor systems for many different uses,” summarizes Holger Kappert.