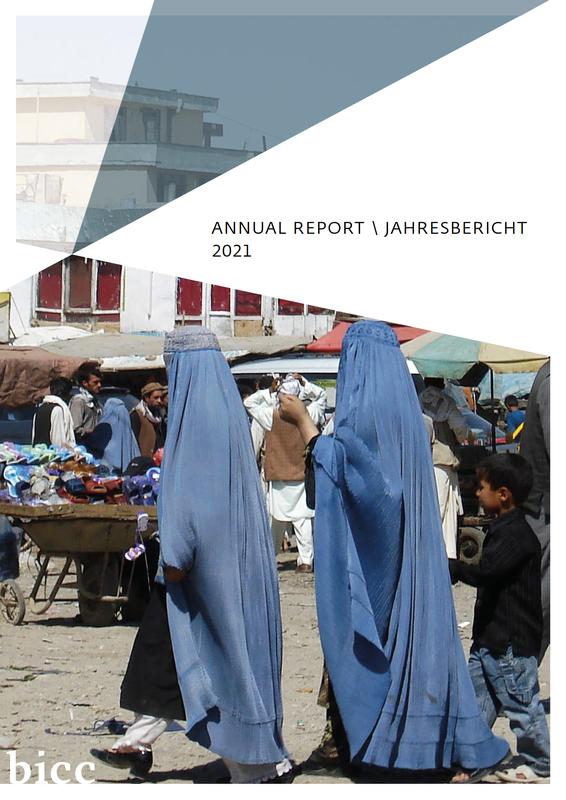 As of 15 September 2021, BICC's new name is Bonn International Centre for Conflict Studies. Against this background, the Annual Report 2021 depicts the advances of the peace and conflict research institute and its growing expertise in research and policy advice.

"Conversion became 'Conflict Studies'. This change of name is owed to the fact that the world has changed rapidly in the last thirty years", explains Conrad Schetter, Director of BICC. "Global conflicts are not characterised by disarmament and conversion but by a new military build-up. Entire regions, such as the Horn of Africa or Sahel, are affected by violent conflicts. This is what BICC deals with", emphasises Conrad Schetter, Director of BICC.

This Annual Report 2021 (www.bicc.de/publications/publicationpage/publication/annual-report-2021-1104/) focuses on how disarmament, demobilisation and reintegration can transform such violent conflicts. BICC, however, not only looks into this in violent settings in countries of the global South but also closer to home, including the reintegration of right-wing extremists in Germany. "Our research and advice portfolio also covers domestic trends of radicalisation", explains Conrad Schetter with an eye to BICC's research into extremism supported by the NRW Ministry for Culture and Science.

Another research focus of BICC in this Annual Report is the relationship between organised violence and social order. For example, BICC analyses forced displacement and refugee movements in Asia and Africa, the link between food crises and violent conflicts and structural inequalities in farming in Morocco. "We always put the everyday experiences of the people affected to the fore of our research", stresses Conrad Schetter.

This year's Annual Report also deals with the role armament and arms play in different societal contexts, a question referring to BICC’s research cluster 'Armament and arms control'. BICC staff provide advice on the ground to international and regional organisations, such as the African Union, on how small arms control contributes to preventing conflicts, consolidating peace and development. Conrad Schetter highlights new research in this area: “We are currently looking at how modern ranged weapons are changing warfare. Here, we are developing a comparative typology on the spatial dimension of warfare".

BICC Director Conrad Schetter sums up: "It was time for BICC to also raise its profile in its name. Our work focuses on empirical research in regions characterised by violent conflicts, their consequences, dynamics of forced displacement and arms proliferation. It is also the basis of our international, national and local policy advice".

You will find the Annual Report in English and in German as a pdf at:
www.bicc.de/uploads/tx_bicctools/BICC_AR_2021_e.pdf