The long-term effects of sepsis: years of treatment and care needs 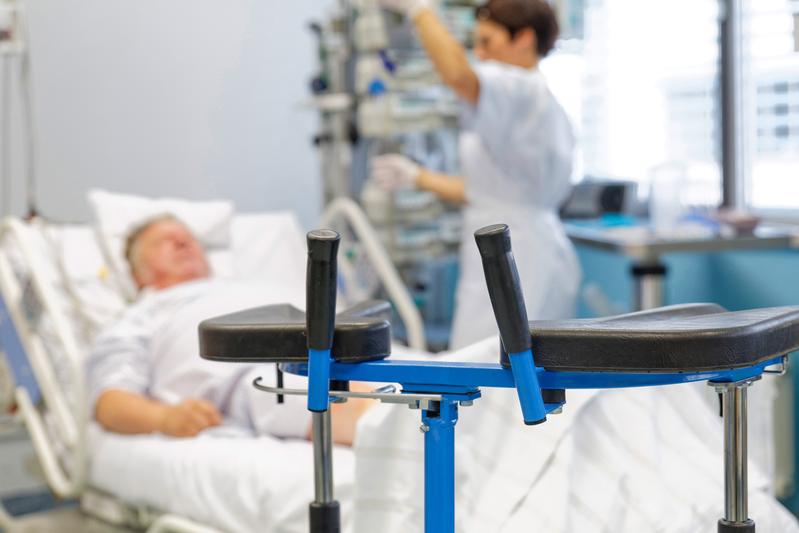 Three in four sepsis survivors experience new-onset memory problems, psychological impairments or physical diagnoses. This also applies to more than half of sepsis survivors under the age of 40 at the time of their discharge from hospital. These are just two of the findings of a retrospective analysis of anonymized health claims data conducted by a team of researchers from Jena University Hospital, Charité – Universitätsmedizin Berlin and the Research Institute of the Local Health Care Funds (AOK). The study, which explores the frequency and costs of postsepsis morbidity, has been published in JAMA Network Open.

The term ‘sepsis’ refers to dangerous organ dysfunction caused by an exaggerated immune response to infection. Sepsis is a life-threatening medical emergency which develops when the body’s response to an infection causes extensive tissue damage, preventing organs like the kidneys or liver from functioning properly. Worldwide, sepsis is the leading cause of death related to infection. A total of 320,000 cases of sepsis are treated in German hospitals every year. In-hospital mortality is alarmingly high, standing at approximately 25 percent. According to recent studies, the majority of patients with severe COVID-19 develop sepsis.

Findings obtained by the Center for Sepsis Control and Care (CSCC) at Jena University Hospital (UKJ) have been pivotal in fostering collaborative endeavors combining patient-oriented basic research with clinical research in the field of sepsis. Other research interests include rehabilitation and the long-term sequelae of severe disease. An interdisciplinary post-COVID center is currently in development. The current study investigating sepsis-related morbidity, risk factors, treatment and costs is the result of a partnership between the UKJ and Charité, which is funded via the Federal Joint Committee’s German Innovation Fund (Innovationsfonds). For this research, the two partners also joined forces with WIdO, the Research Institute of the Local Health Care Funds (AOK).

The study team had access to the anonymized health data of more than 23 million people insured with the German health insurance provider AOK between 2008 and 2017. The researchers identified 159,684 individuals aged 15 years or older who were hospitalized with sepsis during 2013 or 2014, receiving treatment on either a normal or intensive care ward. For each of these patients, the researchers collated data on prior morbidities as well as data on new diagnoses recorded during the three years post sepsis. They also recorded any relevant post-sepsis treatment and care needs. “As part of our analysis, we looked for new physical, psychological and cognitive impairments which are known to develop as a result of sepsis, including cardiovascular disorders, cognitive and motor impairments, fatigue and depression,” says project lead Dr. Carolin Fleischmann-Struzek.

Three out of four sepsis survivors recorded a new diagnosis during the first year after discharge; more than 30 percent of sepsis survivors died during this time period. Among younger patients (aged under 40 years), the proportion of people who developed post-sepsis complications was 56 percent. Expanding on the frequency of health complications, the study’s last author, Prof. Dr. Christiane Hartog, a health services researcher at Charité’s Department of Anesthesiology and Intensive Care Medicine, emphasizes: “The majority of survivors experience psychological, cognitive and physical symptoms. The fact that these often occur together only increases the severity of their impact. Surprisingly, there appears to be very little difference between individuals whose sepsis was less severe and individuals who needed intensive care. This finding may have particular relevance to individuals with post-COVID syndrome.”

The researchers also analyzed costs associated with inpatient and outpatient treatments, rehabilitation, treatments (e.g. physical or occupational therapy) and drugs. Average treatment costs amounted to a total of €29,000 for the first three years after discharge. This total included emergency and transport costs, medical supplies, care costs and indirect costs such as absence from work. More than 30 percent of sepsis survivors were newly dependent on nursing care during the first year following their discharge from hospital, while 13 percent of survivors of severe sepsis were newly dependent on residential care. The researchers also note the dearth of adequate follow-up care. Only 5 percent of sepsis survivors were discharged into inpatient rehabilitation facilities. “The impact of sepsis is enormous and lasts for years – and it is felt by survivors, their families and the health care system,” says Dr. Fleischmann-Struzek “For this reason, we need specific care concepts for post sepsis follow-up.”