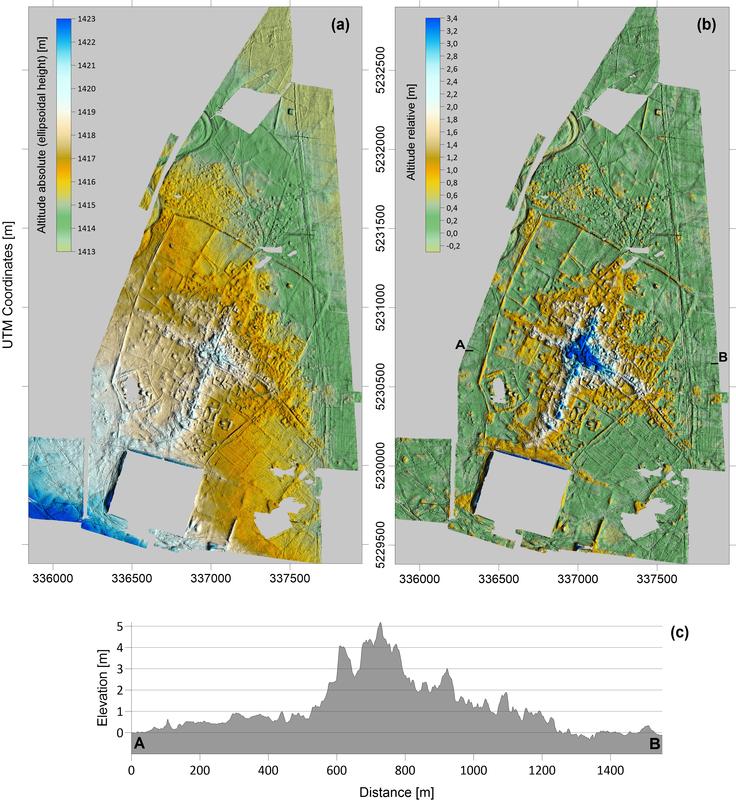 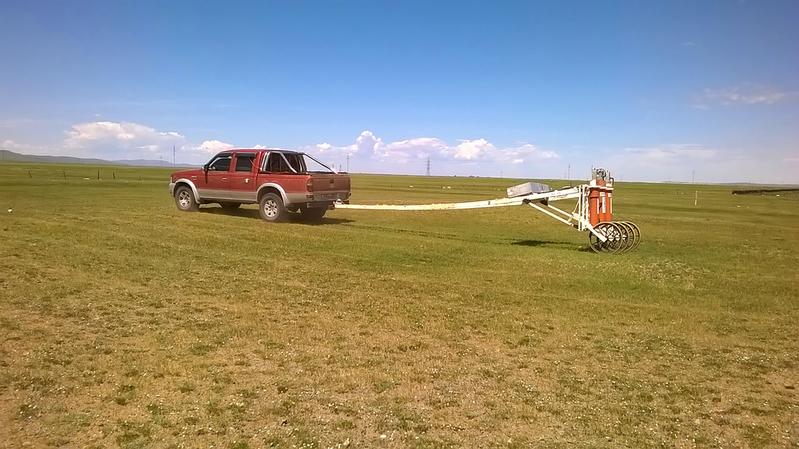 An interdisciplinary research team from Jena and Bonn has succeeded for the first time in creating a comprehensive geomagnetic and topographic survey plan for the 800-year-old Mongolian ancient capital of Karakorum. The measurement system used for this purpose employs a differential GPS system and magnetic field sensors that are among the most sensitive in the world. Researchers from the Leibniz Institute for Photonic Technology (Leibniz IPHT) developed the combined measurement method and used it on site in collaboration with the Institute of Archaeology and Cultural Anthropology at the University of Bonn.

From the geomagnetic and topographic fingerprint of the area, it appears that the first Mongolian capital had a much larger extent than previously thought. It has also fundamentally changed the scientists’ understanding of the city's layout and infrastructure. The team published their findings in the archaeological journal Antiquity. The journal Nature recognized the publication as a "Research Highlight" in the Nov. 11, 2021 issue.

During two expeditions in 2016 and 2017, the team mapped a total of about 4.7 km2 (an area of more than 650 soccer fields) in and around Karakorum in central Mongolia. Today, not much can be seen of the city; the remains are partially hidden under farmland and vast steppe areas. The measurement system developed at Leibniz IPHT makes it possible to display a large area with very high spatial and magnetic field resolution in a short time and to put it into relation topographically using the GPS system. The research team is towing the magnetic field sensors - so-called SQUIDs (Superconducting Quantum Interference Detectors) - on a trailer across the steppe landscape with the help of a jeep. The expedition team of researchers from physics in Jena and archaeology in Bonn was able to use this non-destructive geomagnetic scanning to measure anthropogenic ground structures that are not visible above ground in great detail.

The systematic documentation of Karakorum and its immediate surroundings sheds new light on urban development in the Mongolian steppe. In an eyewitness account from 1254, the Franciscan friar William of Rubruck reports of a closed city with four gates. There has been a lack of information on how the city was structured over its 200-year existence, what roads led to it, and how it developed. The data from the expeditions have now shown that Karakorum extended over a much larger area than previously thought. The city wall encloses an area of about 1.3 km2. Around the city an extended settlement area of about 12 km2 with 259 sites has now been documented. The researchers were also able to draw conclusions about former traffic routes and trade routes. "Our measurements have changed the picture of history in its archaeological interpretation," said Ronny Stolz, head of the Quantum Systems Research Department at Leibniz IPHT. "We made the first measurement in Peru in 2005. Since then, the sensor technology has been continuously refined and further developed together with the Bonn archaeology team led by Jan Bemmann. The data from the expeditions put future research on a secure footing."

The project thrives on interdisciplinary collaboration

Sven Linzen, a physicist in the Quantum Magnetometry and Quantum Circuits research groups at Leibniz IPHT, was on site in Mongolia. "For the challenge of mapping an area of this scale in the short time available, there were some technological and organizational hurdles to overcome. For example, we had to transport the measurement system overland to Asia due to installed lithium batteries, and we also had to bring the liquid helium needed to cool the sensors from Germany," he reports. "Field measurements are only possible at certain times of the year due to climatic conditions. The measurement system has to withstand extreme temperature fluctuations - and last but not least, so do we scientists." On site, the researchers were housed in a yurt tent camp, where a power supply was not always assured. "Fortunately, our system can manage 24 hours without a power outlet and is thus autonomous in field measurements," adds the researcher. "We have been working successfully with the archaeologists from Bonn for many years to prepare, carry out and evaluate the expeditions in Mongolia. During the measurements up to the interpretation of the collected data, the close cooperation of both disciplines - physics as well as archaeology - is needed."

Karakorum was founded in the 13th century during the Chinese Yuan Dynasty by Ögödei Kahn, the son of Genghis Kahn, the founder of the Mongol Empire, and was designated a UNESCO World Heritage Site in 2004. For the focused study of the city, researchers collected large amounts of data during field expeditions. Fundamental findings have now been published by Sven Linzen and Jan Bemmann and their research partners. The data material will be further evaluated on an ongoing basis. The project "Karakorum - Geomagnetic prospection and topographic survey of the first capital of the Mongolian Empire" (2016 - 2019) was funded by the German Research Foundation.

The technology is very versatile

The SQUIDs from Leibniz IPHT are used in many areas - on earth, in the air and also under water. For example, to detect magnetic anomalies in the earth's crust, to search for mineral deposits or to identify contaminated sites in the soil. Together with Supracon, which was spun off as a stand-alone company in 2001, Ronny Stolz's team is working on commercializing the system, for example for use in the field of subsoil exploration. "Through the cooperation with Supracon, our sensor technology is being used nationwide. This is a good example of the successful transfer of scientific findings into practice. In research, we are currently working on further developing our measurement system with the help of optical magnetic field sensors," says the head of the research department, giving an outlook.

Light is at the center of research at Leibniz IPHT. Scientists are researching innovative photonic processes and tools for use in clinical diagnostics, such as infection and cancer diagnostics, pharmaceuticals, and process control, as well as food and environmental safety. A key goal is to accelerate translation: the translation of research results into practice - from Ideas to Instruments. www.leibniz-ipht.de