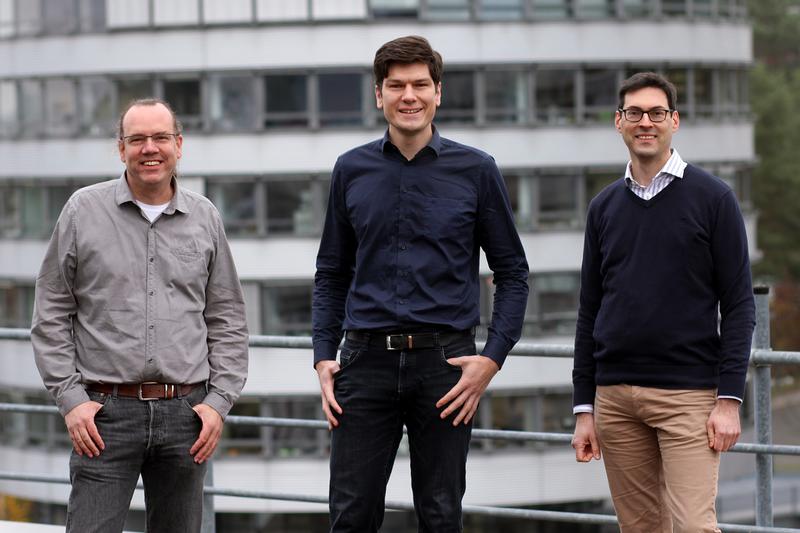 Quantum computers offer considerable advantages in computing speed compared to classical digital computers. This is particularly important when solving optimization problems such as logistics processes. In order to harness this potential, the Federal Ministry of Education and Research is now funding a project to develop a quantum computer solving problems relevant for the industry with around 25 million euros. The total project volume amounts to 29 million euros. More than seven million euros will go to the Department of Physics at the Technische Universität Kaiserslautern (TUK).

Many computational problems of practical relevance push even today's high-performance computers to their limits. This becomes apparent again and again, for example, in optimization problems such as route planning with many stopovers, the optimization of interlocking work and production processes, the calculation of the ideal climb of an airplane, or the planning of resource-saving logistics processes for supply chains and transshipment points.

In the race to build a quantum computer that can be used for applications, researchers at TU Kaiserslautern have now achieved great success. They acquired an outstanding large-scale project to construct such a computer at TU Kaiserslautern. Over the next five years, they will develop a functional quantum processor based on so-called Rydberg atoms together with colleagues from the University of Hamburg and the Fraunhofer Institute for Industrial Mathematics ITWM, as well as industrial partners. The goal is to optimize industrially relevant problems. The quantum computer will be located in the newly constructed research building "Laboratory for Advanced Spin Engineering" (LASE) on the university campus.

Quantum computers can surpass the performance of conventional computers many times because they function entirely differently. Instead of classical bits that can take the value of either 0 or 1, they use so-called quantum bits that can have values 0 and 1 simultaneously. "As a result, they have immense potential to tackle problems that are unsolvable for classical computers. In particular, they promise to solve important problems in logistics and process optimization. They are a central key technology of the 21st century", says Professor Dr. Herwig Ott, group leader at the Department of Physics at TUK, who leads the project with his physics colleagues Professor Dr. Artur Widera and Dr. Thomas Niederprüm.

Professor Widera adds: "We are proud to have acquired this forward-looking project for the city, region, and the state of Rhineland-Palatinate, which will bring international visibility to the Kaiserslautern location. It is a great success that we can now bring the expertise in quantum technology and quantum physics that we have built up over the past ten years in our collaborative research centers to this fascinating project." Dr. Thomas Niederprüm explains further: "With the quantum computer, we want to test how shipping routes for goods logistics or supply chains can be improved and made more sustainable overall so that energy can be saved and thus contribute to climate protection."

Other future areas of application include the calculation of new active ingredients for drugs or the optimization of insurance algorithms. "In the long term, we also expect a positive impact on the regional industry, since the quantum computer can be operated completely externally and optimization problems arise in many places," concludes Professor Ott.

University President Professor Dr. Arnd Poetzsch-Heffter emphasizes the importance of the project: "With the construction of a quantum computer, we are one of the few research locations worldwide to develop this new technology. This is an outstanding success and of enormous strategic importance for the entire location. I warmly congratulate all those involved." Professor Dr. Werner R. Thiel, Vice President for Research and Technology at TUK, is also pleased: "I congratulate my colleagues. In recent years, they have laid the foundation in various projects, special research areas, and also in the OPTIMAS profile area funded by the state. This is now paying off."

The "RYMAX" research consortium includes scientists from the TU Kaiserslautern, researchers from the University of Hamburg, the Fraunhofer Institute for Industrial Mathematics ITWM, and industrial partners from the fields of laser technology, optical technologies, electronics, software development, and logistics.