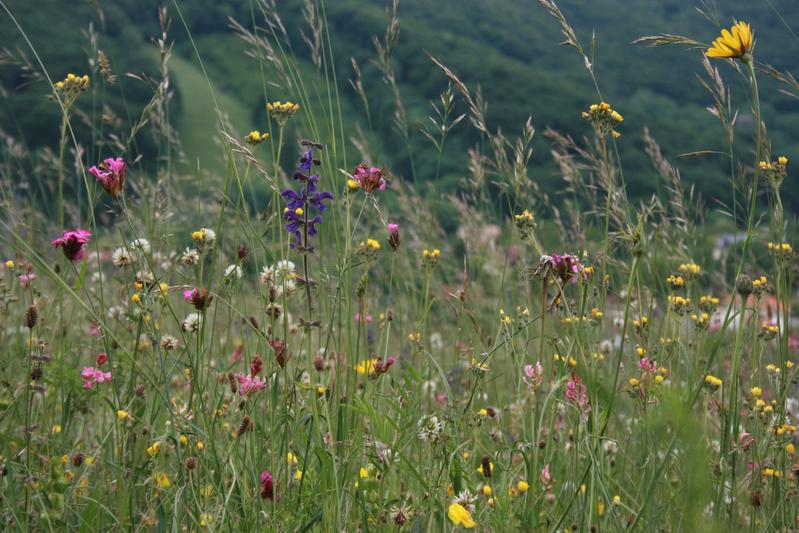 Widespread species are on the rise in several European ecosystems, replacing rarer plant species. As a result, distinct habitats are becoming increasingly similar in species composition. An international team led by the German Centre for Integrative Biodiversity Research (iDiv) and the Martin Luther University Halle-Wittenberg (MLU) supported by the Austrian Academy of Sciences (ÖAW) found supporting evidence for this development in mountain summits, forests and lowland grasslands. A proposed reason for this species shift could be increased nutrient levels in soils caused by agriculture and air pollution. The results of the study have been published in the journal Ecology Letters.

It is currently estimated that, worldwide, two out of five plant species are threatened with extinction. Whilst this trend is clearly identifiable at the global scale, there is debate as to whether species richness declines locally. The processes driving this phenomenon – the “biodiversity conservation paradox” as researchers call it, has remained largely unresolved until now. An international team of scientists led by iDiv and MLU has investigated these shifts in species composition in three distinct habitats; mountain summits, forest understories as well as species-rich lowland meadows and pastures.

The results show that widely distributed plant species with a preference for nutrient-rich habitats have increased in recent decades, whilst species with smaller ranges from nutrient-poorer soils are on the decline. On mountain summits, species numbers still increase, mainly due to the gains in generally more widespread species from lower elevations advancing upwards. “However, in the long term species displacement may be expected here too,” says first author Dr Ingmar Staude of iDiv and MLU.

“We are witnessing these dynamics unfolding in near-natural habitats, places we’d expect to provide safe havens for specialised species and those of high conservation value,” says the ecologist. “This suggests that the Anthropocene is not stopping at the doors of the few remaining wild areas that we consider protected.”

“The results of the study are not just be seen as an ‘early warning signal’. Particularly concerning is that the species change has proceeded in the same direction across strongly differing ecosystems. We, therefore, expect that we are dealing here with a pervasive, large-scale phenomenon”, explains Prof Harald Pauli from the Institute of Interdisciplinary Mountain Research (ÖAW), and co-author of the study.

“Our study also provides an explanation for the ‘biodiversity conservation paradox’: global averages hide important heterogeneous patterns. We found a decline in local species richness in forests and grasslands, but an increase in mountain summits,” says co-author Prof Henrique Pereira, head of the Biodiversity Conservation research group at iDiv and MLU.

The basis for the data analysis was repeated surveys of species diversity in 141 study areas in 19 European countries. The oldest data sets go back to the 1940s and describe the temporal increases and decreases for a total of 1,827 plant species. “The fieldwork by the many vegetation scientists involved in this study provides a unique insight into the past, enabling research into changes in plant communities in recent decades,” says Ingmar Staude.

What is causing this change? “The main drivers of this detrimental process are increased amounts of nutrients in the soils as a result of nitrogen input, primarily from agriculture but also from combustion processes in traffic and industry, as well as the warming of the soil due to climate change, especially on mountain summits,” explains Pauli. The plant species themselves are meaningful indicators of raised nutrient levels; “There are many species which can reliably indicate nitrogen, such as nettle.”

Increased amounts of nutrients have a double detrimental effect; they promote the growth of widely distributed, necrophilous species, and lead to increased shading, resulting in competitive exclusion of smaller-ranged, often low-stature specialist species. “Any lost species is an irretrievable loss; it impacts the ecosystem because the various plant species interact with insects and other living creatures, such as soil organisms,” says Harald Pauli.

In the past few decades, natural ecosystems have increasingly been converted into arable land and intensively managed grassland. These changes in land use are the main drivers of the biodiversity crisis. “However, it may come as a surprise that systematic biodiversity change is also taking place in the near-natural sites of our study, far away from the already heavily degraded intensive agricultural and urban areas,” says Henrique Pereira. “The ongoing replacement of species characteristic of unique ecosystems by widespread species may maintain the local biodiversity in many places, but, globally, it means that more and more species may be threatened with extinction.”

This research was financed inter alia by the Deutsche Forschungsgemeinschaft (DFG; FZT-118). It is a product of the sDiv working group sREplot. iDiv’s synthesis centre sDiv supports working group meetings where international scientists work together on scientific issues.