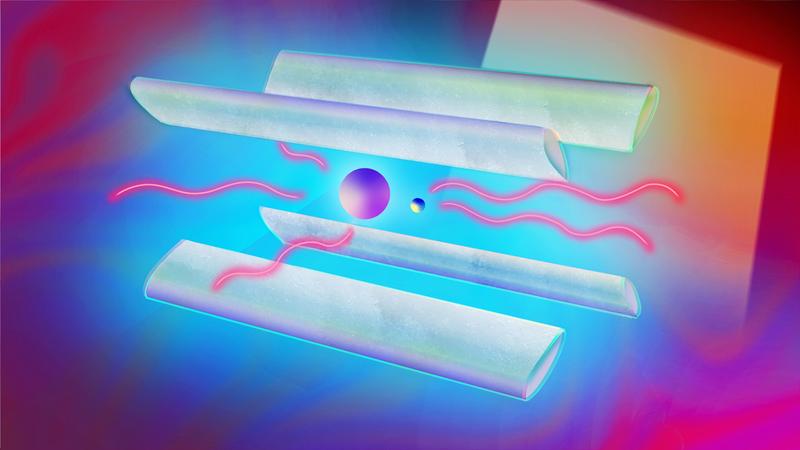 Laser beams can do more than just heat things up; they can cool them down too. That is nothing new for physicists who have devoted themselves to precision spectroscopy and the development of optical atomic clocks. But what is new is the extremely low temperature that researchers at the QUEST Institute at the Physikalisch-Technische Bundesanstalt (PTB) have been able to reach with their highly charged ions – this type of ion has never been cooled down as far as 200 µK before. The team working on this succeeded by combining their established methods which include the laser cooling of coupled ions and methods from the field of quantum computing. The application of quantum algorithms ensured that ions that are too dissimilar for traditional laser cooling to work effectively could be cooled down together after all. This means that we are getting closer to an optical atomic clock with highly charged ions, and this clock might have the potential to be even more accurate than existing optical atomic clocks. The results have been published in the current issue of “Physical Review X”.

If you want to investigate particles – such as ions – extremely accurately (say, using precision spectroscopy or for measuring their frequency in an atomic clock), then you have to bring them as close as you can to a standstill. The most extreme standstill is the same as the lowest possible temperature – meaning you have to cool them down as efficiently as you can. One of the established high-tech cooling methods is so-called laser cooling. This method sees the particles being slowed down by lasers that have been skillfully arranged. Not every particle is suited to this method, however. That is why pairs of coupled ions have been used at the QUEST Institute for a long time in order to overcome this: One ion (called the “cooling ion” or the “logic ion”) is cooled by lasers; simultaneously, its coupled partner ion is also cooled and can then be investigated spectroscopically (hence, it is called the “spectroscopy ion”). But this method has previously always reached its limits when the two ions have differed by too much in their charge-to-mass ratios – that is, when they have been very different in mass and very differently charged. “But it is now these very ions that are particularly interesting for our research, for instance, for developing novel optical clocks,” explains QUEST physicist Steven King.

As he and his team are naturally very experienced in applying the laws of quantum mechanics (coupled cooling is, after all, based on quantum laws), they have made use of the toolkit of the quantum computing researcher. Quantum algorithms – i.e. computer operations that are based on manipulating individual quanta – cannot only be used to perform calculations faster than ever before with a quantum computer. They can also help to extract kinetic energy from the mismatched ion pair. During the process of so-called algorithmic cooling, quantum operations are used to do just that: to transfer the energy from the barely coolable motion of the spectroscopy ion to the easily coolable motion of the logic ion.

And they managed to do this extremely well: “We were able to extract so much energy from the pair of ions – consisting of a singly charged beryllium ion and a highly charged argon ion – that their temperature finally dropped to only 200 µK,” said one of QUEST’s PhD students Lukas Spieß. Such an ensemble has never been so close to absolute zero (as in: so motionless). “What is more, we also observed an unprecedentedly low level of electric-field noise,” he expanded. This noise normally leads to the ions being heated when the cooling stops, but this turns out to be particularly low in their apparatus. Combining these two things means that the final major hurdle in their way has now been overcome, and an optical atomic clock that is based on highly charged ions can be built. This atomic clock could reach an uncertainty of less than 10–18. Only the best optical atomic clocks in the world are currently able to reach this kind of performance. These findings are also of great significance for the development of quantum computers and for precision spectroscopy.
(es/ptb)

Figure:
Mismatched partners are being cooled: A single beryllium ion (red, left) and a single highly charged argon ion (purple, right) are bombarded by lasers from various sides and are almost brought to a complete standstill.