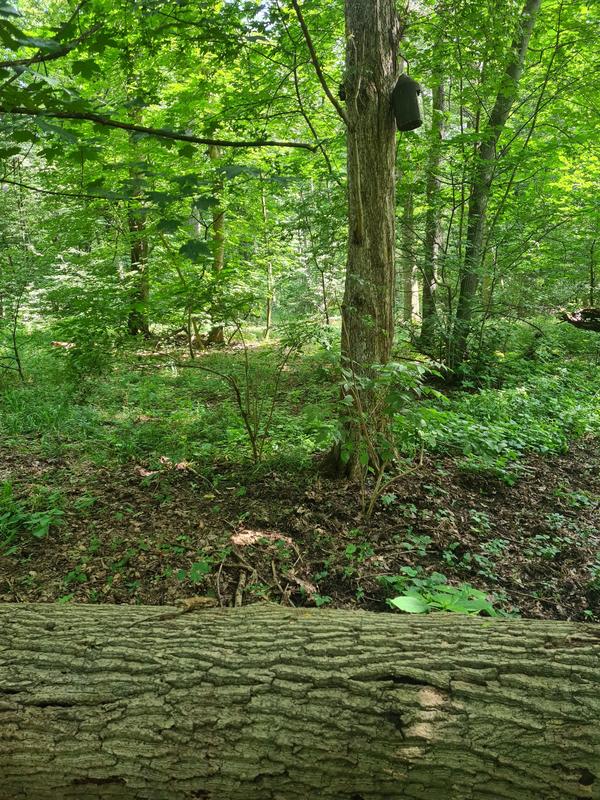 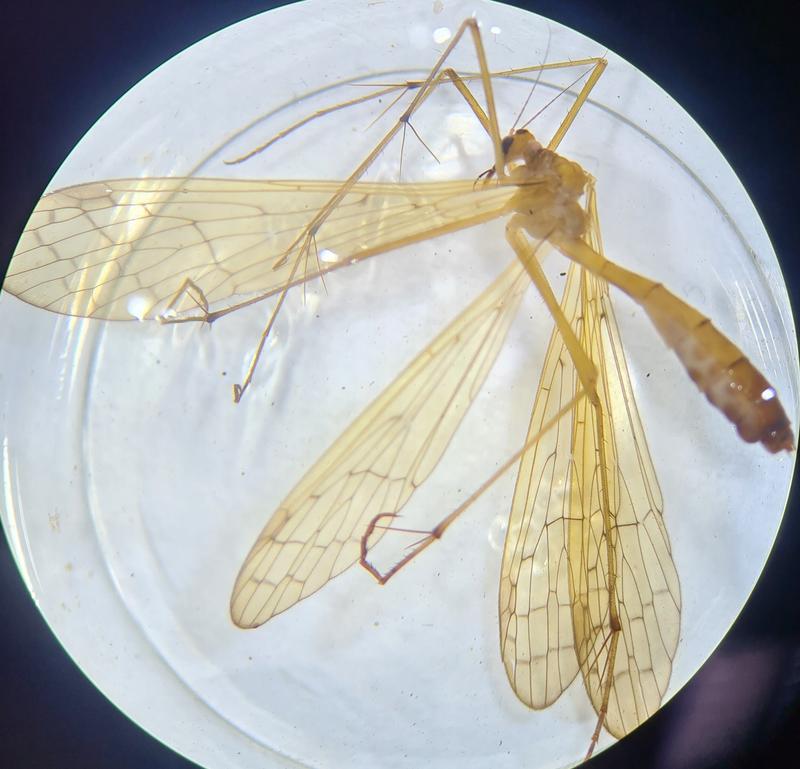 Researchers and biology students at Leipzig University have discovered an extremely rare insect, a species of hangingfly called “Bittacus hageni”, during a zoological field trip in Leipzig’s floodplain forest. The team netted several specimens in the forest canopy. This type of scorpionfly is only found in a few places in Europe. In Germany, it was considered extinct until 2003. The find underlines the importance of the alluvial forest in Leipzig as a unique but endangered habitat. But it also shows what valuable discoveries are made possible by student field trips.

Excursion leader Lisa Hahn, a doctoral researcher at the Institute of Biology, and her colleagues have written a paper on the find, which was published in the December issue of the journal “Entomologische Nachrichten und Berichte”.

The fascinating thing about natural sciences – and biology in particular – is that there are always new and unexpected things to discover. The species of hangingfly found in July this year is a scorpionfly no larger than a five-cent coin, with long legs reminiscent of a crane fly. After it was first discovered in Germany at the end of the 19th century, Bittacus hageni was thought to be extinct for over 130 years until a Göttingen zoologist rediscovered it on the edge of the Harz highland area in 2003.

The renewed discovery of Bittacus hageni is not only an extremely rare event: it also marks the first time the species has been recorded in eastern Germany. A Leipzig University student discovered the animal without knowing what precious thing she was holding in her hands. “When I saw what the student had found, it was immediately clear to me that it must be something very special indeed, and I sent pictures to my colleagues right away,” said Hahn, who headed the field trip.

She then found more specimens during an extensive search a few days later. Dr Detlef Bernhard, an insect expert and research assistant in the Animal Molecular Evolution and Systematics working group led by Professor Sebastian Steinfartz at Leipzig University, was also impressed when he was able to confirm his colleague’s initial taxonomic assessment under the microscope. “It is very difficult and a lucky coincidence to detect this species, as it tends to be extremely well hidden and seems to occur only sporadically,” emphasised Dr Bernhard.

The Leipzig floodplain forest, however, is also a very special place where many insect species are found, including many rare ones. This is why Leipzig University, in association with the German Centre for Integrative Biodiversity Research (iDiv), is also researching the occurrence and distribution of endangered insect species here. For example, for her doctoral thesis Lisa Hahn is analysing the diversity of the more than 500 beetle species that occur on the ground but also in the canopy of the riparian forest. The researchers use the 40-metre-high Auwald Crane, which is operated by iDiv and Leipzig University. “This find also confirms the outstanding importance of Leipzig’s floodplain forest as a refuge for endangered species and a special habitat in Europe, which it is imperative to preserve in its current size and condition,” said Dr Bernhard.

For students, the Auwald not only offers the chance to experience an exciting insight into insect diversity and research activities, but also to experience species in their natural habitat during field trips. “Since it is becoming increasingly difficult for us within the University and also the Faculty to obtain funding for field trips, I am particularly pleased with this find, as it shows our students first-hand how exciting and fascinating biology can be and how important it is to get out into nature and not just sit in front of a screen or in the lab,” said Professor Steinfartz.

The find will also provide the first genetic fingerprint of the species, thus also making the species accessible for research in DNA databases. For this purpose, the team will use a method already established in Professor Steinfartz’s working group which involves examining but not damaging the animals, so that they can subsequently remain in a public collection as specimens.