Acquisition of majority stake in Jacobs University by SIT completed 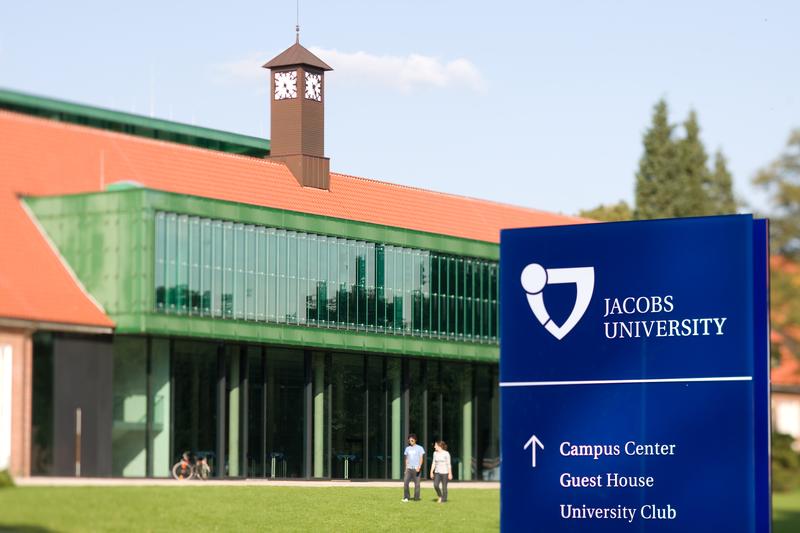 Claudia Schilling, Senator for Science and Ports Bremen, commented: “Since its founding in 2001, Jacobs University Bremen has developed into an important addition to Bremen's academic landscape with its broad range of subjects, its campus model that is unique in Germany, and its consistent international orientation.

With the decision of the Jacobs Foundation in 2020 to realign its foundation work and to withdraw from the sponsorship of JUB as a longstanding majority shareholder, the further development of the university was acutely endangered. In this situation, the Free Hanseatic City of Bremen assumed responsibility and temporarily took over the majority shares via the Verein zur Förderung der wissenschaftlichen Forschung e.V. (Association for the Promotion of Scientific Research). Through the Board of Governors, we initiated a structured process together with the management of JUB and the other shareholders to find a new, private majority shareholder.

In this process, we succeeded in finding an investor in Serguei Beloussov and the Schaffhausen Institute of Technology (SIT) founded by him, whose concept takes up the strengths of the JUB described above and at the same time opens up new perspectives for it.

In recent years, the JUB has twice successfully undergone accreditation by the German Council of Science and Humanities, and by the end of 202 1 all study programs have been accredited by the Accreditation Council Foundation. This means that all requirements for unlimited state recognition have been met. Jacobs University has already received the corresponding notification.

Thus, the foundation for a positive further development has been laid. I am pleased that this could be achieved through the responsible actions of the Free Hanseatic City of Bremen and wish Jacobs University all the best for a successful future as an integral part of the scientific landscape in the state of Bremen."

In order to ensure long-term university operations along with associated scientific and technological research facilities, the Free Hanseatic City of Bremen, which assumed ownership of the entire campus site after the conclusion of the acquisition agreement, is allocating the property to Jacobs University on the basis of a 99-year, heritable leasehold.
The investment plans of SIT founder and chairman Serguei Beloussov include not only modernization and expansion of the study program offerings or the introduction of new hybrid forms of teaching and learning, but also infrastructure developments. These include an expansion of housing options, improving teaching and research facilities through modern and larger lecture halls, and the establishment of a technology park, based on innovative research facilities that will generate new entrepreneurial activity and attract industrial research laboratories and innovative companies. These growth plans will be made possible by reserving expansion space in the Science Park north of the university.

"We're excited to create the new generation Jacobs University together with Schaffhausen Institute of Technology," said Serguei "SB" Beloussov, Founder and Chairman of SIT and Founder of Swiss-Singaporean tech unicorn Acronis, representing the new majority shareholder SIT. "Both SIT and JUB are centers of interdisciplinary excellence in science, technology and education. SIT and JUB will develop into a global leading scientific institution and transform Jacobs University to train the new generation technology leaders."

The partnership between SIT, headquartered in Schaffhausen, Switzerland, and Bremen's Jacobs University will promote interdisciplinary science, technology and education in Europe and beyond. In doing so, the development of knowledge through science relying on close collaboration between research, business, and education is SIT's vision. The SIT business model is based on two main components: first, a not-for-profit facility for research and education around the concept of an Institute for Advanced Studies targeting eight focus areas: Quantum Technology, Advanced Materials, Software Engineering, Machine Intelligence and Computer Science, Quantum Business Science, Life Sciences, Autonomous Systems and Robotics, Cyber Protection, and Information Integrity. The second is for-profit, a container for all businesses that are part of the SIT ecosystem. Its mission is to create new businesses offering services related to education, technology transfer, scientific consulting, and executive education tailored to the needs of the industry. It consists of an educational institute, a research center, and an extensive internal and external ecosystem that collaborates with some of the world’s leading academic and scientific institutions, including Carnegie-Mellon University, the School of Computing at the National University of Singapore (NUS), and Jacobs University Bremen (JUB).

"The successful conclusion of this one-year process of finding a new majority shareholder and thus securing the future of Jacobs University is a milestone for the university – but also for Bremen and especially for Bremen-North," commented Jacobs University Managing Director Andrea Herzig-Erler. "Jacobs University will continue to be a place for excellent education and research, the financing of future growth is guaranteed and thus not only the securing of more than 430 current jobs but, in perspective, further expansion. For our neighbors and the sports clubs in Bremen-North, we are particularly pleased that the property agreements with the Free Hanseatic City of Bremen and the simultaneous waiver of the purchase of the Oeversberg property have secured the long-term use of the Oeversberg as their sports park."

“We are delighted that our multiple award-winning and internationally renowned Jacobs University will be able to contribute its impulses to the global SIT teaching, research and industry network in the future. This will bring further innovation impulses and new educational programs also to the science and innovation system of Bremen," added Professor Thomas Auf der Heyde, Provost and Managing Director of Jacobs University.

About SIT
Founded in Schaffhausen, Switzerland, in 2019, the Schaffhausen Institute of Technology (SIT - https://sit.org) is a Swiss international educational and research institution with the mission to develop knowledge through science. SIT addresses global challenges through science, technology, and education. This flagship project relies on a network of industry and other partners, including the world’s top-ranking universities and leading computers, physics, and business scientists.
It consists of an educational institute, a research center, and an extensive internal and external ecosystem that collaborates with some of the world’s leading academic and scientific institutions, including Carnegie-Mellon University, the School of Computing at the National University of Singapore (NUS), and Jacobs University Bremen (JUB).
SIT offers Master’s, Ph.D., and PostDoc programs at the intersection of eight focus areas: Quantum Technology, Advanced Materials, Software Engineering, Machine Intelligence and Computer Science (MICS), Quantum Business Science (QuBus), Life Sciences, Autonomous Systems and Robotics, Cyber Protection and Information Integrity.
The SIT ecosystem includes SIT Campus, SIT StartGarden, SIT Autonomous, SIT Capital, SIT Alemira, SIT Academy, SIT Rolos, Jacobs University Bremen and other companies.

About Jacobs University Bremen:
Studying in an international community. Obtaining a qualification to work on responsible tasks in a digitized and globalized society. Learning, researching and teaching across academic disciplines and countries. Strengthening people and markets with innovative solutions and advanced training programs. This is what Jacobs University Bremen stands for. Established as a private, English-medium campus university in Germany in 2001, it is continuously achieving top results in national and international university rankings. Its more than 1,600 students come from more than 110 countries with around 80% having relocated to Germany for their studies. Jacobs University’s research projects are funded by the German Research Foundation or the EU Research and Innovation program as well as by globally leading companies.
For more information: www.jacobs-university.de
Facebook | Youtube | Twitter | Instagram