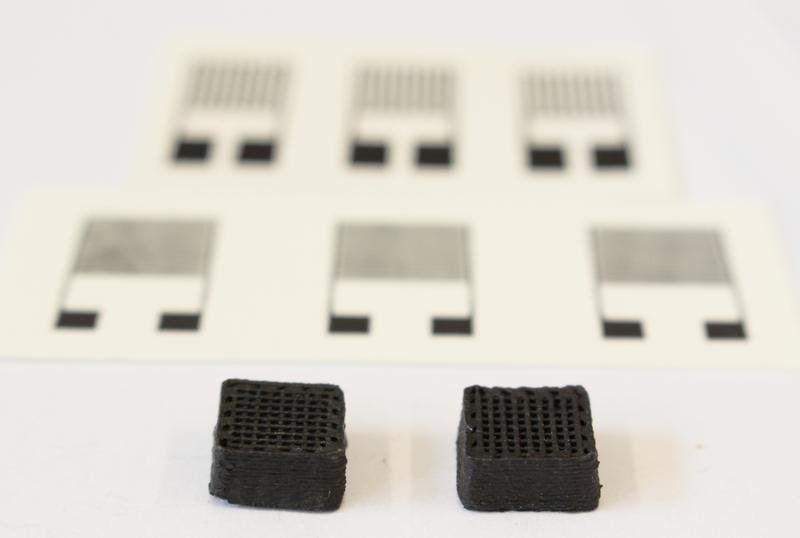 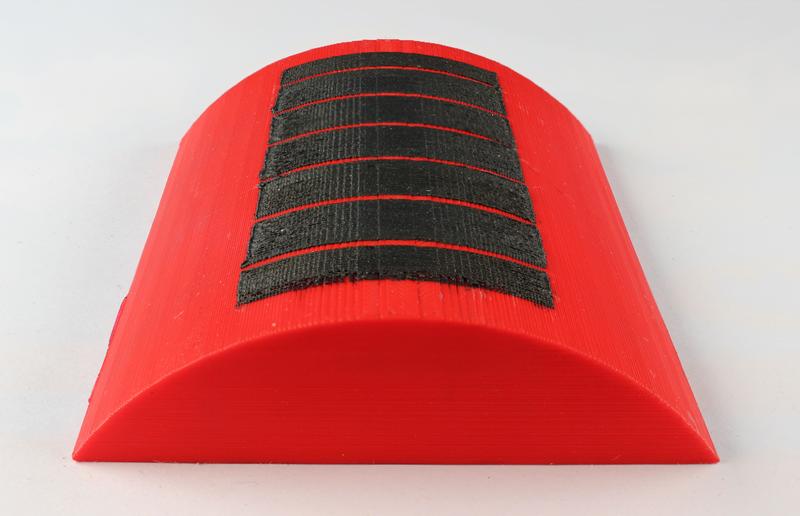 Intelligent packaging with sensors that monitor goods, such as vegetables, on long transport routes is a trend for the future. Yet printed and disposable electronics also cause problems: Metals in printing inks are expensive – and disposing of them in an environmentally sound manner is costly and exacerbates the problem of electronic waste. A new solution from Empa researchers aims to remedy this.

More precise, faster, cheaper: Researchers all over the world have been working for years on producing electrical circuits using additive processes such as robotic 3-printing (so-called robocasting) – with great success, but this is now becoming a problem. The metal particles that make such "inks" electrically conductive are exacerbating the problem of electronic waste. Especially since the waste generated is likely to increase in the future in view of new types of disposable sensors, some of which are only used for a few days.
Unnecessary waste, thinks Gustav Nyström, head of Empa's Cellulose & Wood Materials lab: "There is an urgent need for materials that balance electronic performance, cost and sustainability." To develop an environmentally friendly ink, Nyström's team therefore set ambitious goals: metal-free, non-toxic, biodegradable. And with practical applications in mind: easily formable and stable to moisture and moderate heat.

With carbon and shellac
The researchers chose inexpensive carbon as the conductive material, as they recently reported in the journal "Scientific Reports". More precisely: elongated graphite platelets mixed with tiny soot particles that establish electrical contact between these platelets – all this in a matrix made of a well-known biomaterial: shellac, which is obtained from the excretions of scale insects. In the past, it was used to make records; today it is used, among other things, as a varnish for wooden instruments and fingernails. Its advantages correspond exactly to the researchers' desired profile. And on top of that, it is soluble in alcohol – an inexpensive solvent that evaporates after the ink is applied so that it dries.
Despite these ingredients, the task proved challenging. That's because whether used in simple screen printing or with modern 3D printers, the ink must exhibit shear thinning behavior: At "rest," the ink is rather viscous. But at the moment of printing, when it is subjected to a lateral shear force, it becomes somewhat more fluid – just like a non-drip wall paint that only acquires a softer consistency when applied by the force of the roller. When used in additive manufacturing such as 3D printing with a robotic arm, however, this is particularly tricky: An ink that is too viscous would be too tough – but if it becomes too liquid during printing, the solid components could separate and clog the printer's tiny nozzle.

Tests with real applications
To meet the requirements, the researchers tinkered intensively with the formulation for their ink. They tested two sizes of graphite platelets: 40 micrometers and 7 to 10 micrometers in length. Many variations were also needed in the mixing ratio of graphite and carbon black, because too much carbon black makes the material brittle – with the risk of cracking as the ink dries. By optimizing the formulation and the relative composition of the components, the team was able to develop several variants of the ink that can be used in different 2D and 3D printing processes.
"The biggest challenge was to achieve high electrical conductivity," says Xavier Aeby, one of the researchers involved, "and at the same time form a gel-like network of carbon, graphite and shellac." The team investigated how this material behaves in practice in several steps. For example, with a tiny test cuboid: 15 superimposed grids from the 3D printer – made of fine strands just 0.4 millimeters in diameter. This showed that the ink was also sufficient for demanding processes such as robocasting.
To prove its suitability for real components, the researchers constructed, among other things, a sensor for deformations: a thin PET strip with an ink structure printed on it, whose electrical resistance changed precisely with varying degrees of bending. In addition, tests for tensile strength, stability under water and other properties showed promising results – and so the research team is confident that the new material, which has already been patented, could prove itself in practice. "We hope that this ink system can be used for applications in sustainable printed electronics," says Gustav Nyström, "for example, for conductive tracks and sensor elements in smart packaging and biomedical devices or in the field of food and environmental sensing."