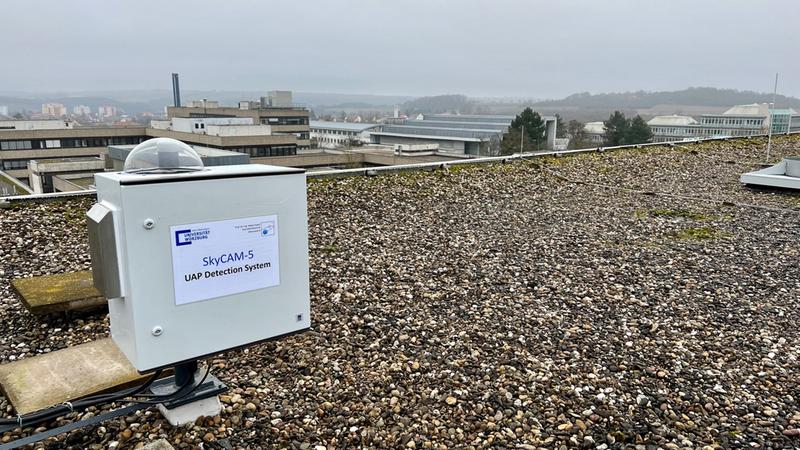 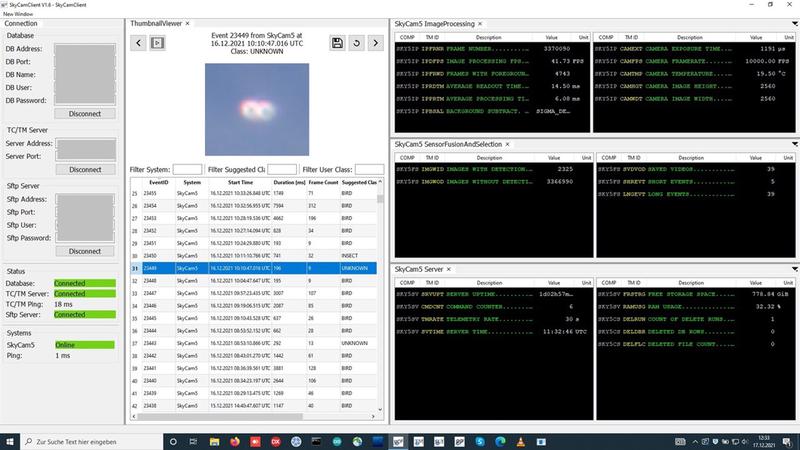 A new camera system has gone into test operation at the University of Würzburg. It is designed to detect unidentified aerial phenomena using artificial intelligence methods.

Time and again, people see strange luminous phenomena or other phenomena in the sky that they cannot explain.

"Most of these observations concern known phenomena or objects such as birds, aircraft, satellites or clouds. But for a very small proportion, the cause remains unexplained even after intensive investigation by experts," says Hakan Kayal, Professor for Space Technology at Julius-Maximilians-Universität Würzburg (JMU) in Bavaria, Germany.

It is precisely these Unidentified Aerial Phenomena (UAP) that Hakan Kayal has been interested in for years. That is why he has established a special research focus at his professorship: There, technical systems are developed and operated with which UAP can be detected, evaluated and analysed.

In use since mid-December

The latest product of this work is the SkyCAM-5 camera system, which is based on four predecessor models and has been in test operation on the roof of a JMU university building on the Hubland campus since mid-December 2021.

SkyCAM-5 is a test platform that works autonomously. With customised image processing algorithms, it continuously observes the sky. It can detect objects there, but also short-term luminous phenomena such as lightning or meteors. The JMU professor will use this system to test and further develop algorithms and software components for detecting UAP.

Machine learning methods are used to reduce the number of false detections. "When the camera detects known objects, it recognises them with a Convolutional Neural Network, classifies them and stores the corresponding video sequences in a database," Kayal explains.

This works very well, he says: SkyCAM-5 has correctly recognised and classified birds, planes and helicopters several times since it began operations. This considerably reduces the effort required to evaluate the camera data.

SkyCAM is supposed to become smarter and smarter over time. That is why it is trained during operation. If, for example, it classifies a passing butterfly as unknown, it is taught by humans that the animal with the fluttering flight is called a butterfly – so in future it will correctly classify a peacock butterfly as a butterfly.

Professor Kayal wants to acquire funding for a further expansion of the UAP detection system.

The next step would be to place a second SkyCAM-5 next to the first. A movement in the sky would then only be recorded if it is seen by both cameras at the same time. With such a dual camera system, it would be possible, for example, to exclude sensor errors, which can occur sporadically.

The aerospace engineer from Würzburg is also planning special extensions. "I would like to equip the camera system with additional infrared sensors to be able to observe the sky in another spectral range. It would also be advantageous to have a tracking system in the form of a telescope that quickly aligns itself with moving objects, zooms in on them and follows them on their path."

And one stage further, there would then be many such double camera systems distributed and networked across Germany, Europe or the world. With such an arrangement, moving objects could be tracked over very long distances.