How unstable is the East Antarctic Ice Sheet? 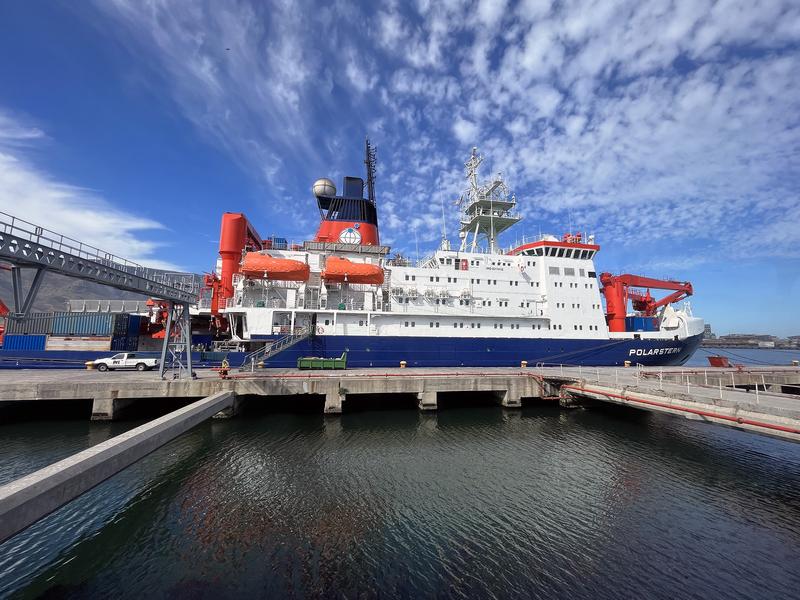 On 6 January, the research vessel Polarstern set off from Cape Town in South Africa for an expedition of around eight weeks to the Antarctic. Extensive preventive measures allow the Alfred Wegener Institute to tackle the important research on former instabilities of the East Antarctic Ice Sheet despite the Corona pandemic, which will be continued on two further planned expeditions in the coming years. Interested parties can follow this and subsequent Polarstern expeditions live in a new app.

How the East Antarctic Ice Sheet and its surrounding Southern Ocean will respond to human-induced warming in the future is currently subject to many uncertainties. Too little is understood about the ice-ocean-atmosphere feedbacks there and the associated changes in the rate of sea-level rise and the Southern Ocean's ability to absorb heat and atmospheric CO2. Because of its unique flow pattern, the Southern Ocean acts as a buffer against climate change: although it occupies only one-third of the area of the world ocean, the Southern Ocean absorbs up to 75% of the heat and 40% of the CO2, so it is very important. It absorbs up to 75% of the excess heat and about 40% of the man-made CO2 emissions absorbed by the world's oceans. Whether the increasing heat transfer to Antarctica and the resulting increasing melting rates could exceed a critical threshold that disrupts circulation, reduces buffer capacity and accelerates climate change is one of the main questions of the expedition.

That is why an international research team of about fifty people is going into the Southern Ocean with the Polarstern to dive deep into the past: they are pulling metre-long cores from the sediments on the seabed, but also from the sediments of lakes near the coast. To do this, a land team is flown out by helicopter and picked up again 14 days later. With its methods, the geophysics group even allows insights into even deeper sediment layers and their structures and thus even further back into the Earth's history. Today's conditions are recorded via measurements and sampling in the water column. The combination of the different research approaches allows the scientists to reconstruct how unstable the East Antarctic Ice Sheet was in the past. Here, the focus is primarily on times when it was warmer than today. A better understanding of these periods forms the basis for more reliable predictions of future climate change.

"Our work focuses on the Antarctic continental slope and the coastal region between the Weddell Sea and the Cooperation Sea further east," reports Prof. Ralf Tiedemann, marine geologist at the Alfred Wegener Institute, Helmholtz Centre for Polar and Marine Research (AWI) and leader of the expedition. "Large amounts of Antarctic bottom water are formed in the Cooperation Sea today. The Antarctic bottom water supplies the lower part of the global oceanic circulation. It aerates the deep ocean and sequesters heat and carbon on a time scale of several decades to millennia. We will sample both the water column and the sediment archives on the seafloor to record present and past changes and processes in the formation of Antarctic Bottom Water," explains the AWI scientist.

Ralf Tiedemann continues: "In addition, we are particularly interested in the ice sheet's line of contact, i.e. the point where the glacier rests on solid ground on the land side before it floats on the ocean on the sea side. This location is particularly susceptible to the influx of warm deep water masses, as these can lead to increased melt rates there and subsequently to instabilities of the ice sheet."

Special attention is being paid to the Ekström Ice Shelf under which the colleagues have discovered a cavern up to 1000 metres deep, i.e. a subterranean cavity, using acoustic methods near Neumayer Station III, as well as sediment archives that perhaps date back to the Cretaceous period: "With our planned measurements, we are extending profiles into the marine realm. This will allow us to analyse the preglacial and glacial sedimentation processes both in the ocean before and below the ice shelf. A great combination of land-based and sea-based research," says the AWI geologist, looking forward to the upcoming tasks.

The international experts from marine geology, micropalaeontology and geochemistry process some of the extracted sediment cores directly on board. Another part of the muddy cargo will be safely packed and later analysed in more detail in the home laboratories of the participating institutes. In the 2023/24 Antarctic season, two more Polarstern expeditions to the Southern Ocean sector off East Antarctica are planned to continue the research. The current expedition is scheduled to end in Cape Town on 28 February.

The researchers are now eagerly awaiting the science, including the new wintering team from Neumayer Station III, which will disembark at a stopover in Atka Bay on the way to the study area. The expedition members have taken on quite a bit for this: Already on Boxing Day, they travelled to Cape Town, where the fully vaccinated and boostered people lived in strict individual quarantine until they sailed. Only those who tested negative for five Corona PCR tests could take part in the expedition. The last negative test results for all arrived on Monday.

What the Polarstern expedition participants are now experiencing on their trip is reported several times a week in the new Polarstern app, which interested people can download to their mobile devices or also view on their computers at the link https://follow-polarstern.awi.de.

Printable images are available in the online version of this press release: https://www.awi.de/en/about-us/service/press.html