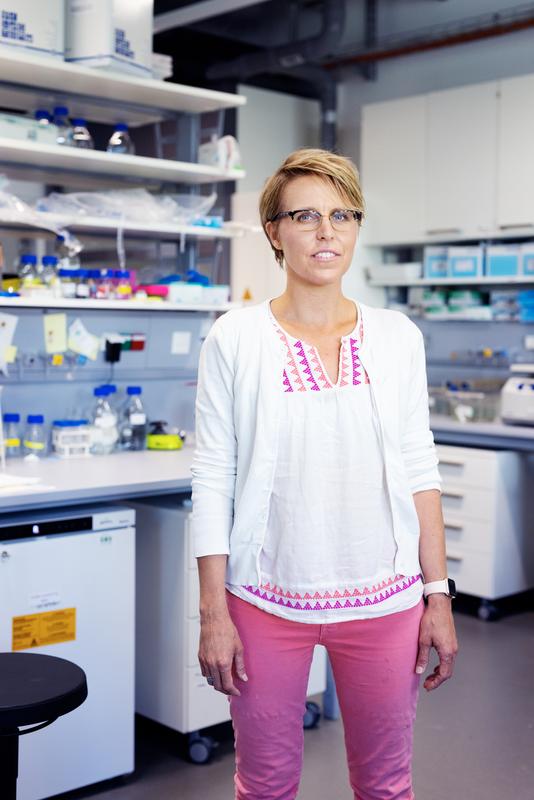 Lora Sweeney is researching the locomotor behavior of frogs and other animals at the Institute of Science and Technology Austria (ISTA). For her new research project "swim2limb", she and her team have now received a grant of 1.5 million Euros from the European Research Council (ERC). The goal is to gain deeper insights into the functioning of the spinal cord and the entire nervous system. The scientists hope to be able to use the knowledge gained to replace damaged or diseased cells in the human spinal cord at some point in the future.

Why can frogs hop but not run on a wheel like mice? How do their larvae evolve from swimming small animals to the acrobatic amphibians we know? These and other questions are being asked by Professor Lora Sweeney and her team of researchers at the Institute of Science and Technology Austria (ISTA). In their current project, "swim2limb," they are investigating the locomotor behavior of animals by studying the cells in the spinal cord, their electrical activity, and their contribution to movement. They want to find out which factors determine whether an animal can travel with only simple movements (swimming) or with a more complex movement process (walking). For example, are there one or more cells that are unique to animals that swim? How do they differ in animals that walk? What molecular mechanisms condition the differences between these animals? And how does removing a celltype using the CRISPR/Cas9-method affect locomotor behavior?

In the long term, Sweeney hopes to understand how the spinal cord works. She also hopes to contribute to eventually curing disorders that affect the spinal cord and other parts of the nervous system. In addition, the project could provide insight into how the brain and the entire nervous system evolved in the first place. This idea pleased the European Research Council (ERC), which has now awarded Sweeney a grant of 1.5 million Euros for her project. "I feel ecstatic and honored to be one of the recipients of the grant," says Sweeney, "when I first found out about it, I jumped up and down. For a young scientist like me, this is a huge opportunity that gives me the freedom to be more daring and to try new things. I'm very thankful."

Unlike the nearly inextricable and complex motor systems of mice or humans, frogs are relatively simple in structure, making them perfect for studying the questions Sweeney and her colleagues are trying to answer. The team is taking a close look at every cell in the frog's spinal cord. Each cell will be examined and analyzed using single cell sequencing. "We're trying to generate an in-depth single cell atlas of metamorphosis, giving us a snapshot of the cellular architecture of swim and limb movement," Sweeney describes her ambitious goal. Their studies will contribute crucial insight into what defines a neuronal cell type, what mechanisms differentiate cell types during development, and how molecular distinctions between cell types influence their circuit properties and function.

In order to better understand fundamental processes, for example, in the fields of neuroscience, immunology, or genetics, the use of animals in research is indispensable. No other methods, such as in silico models, can serve as alternative. The animals are raised, kept, and treated according to the strict regulations of Austrian law. All animal procedures are approved by the Federal Ministry of Education, Science and Research.