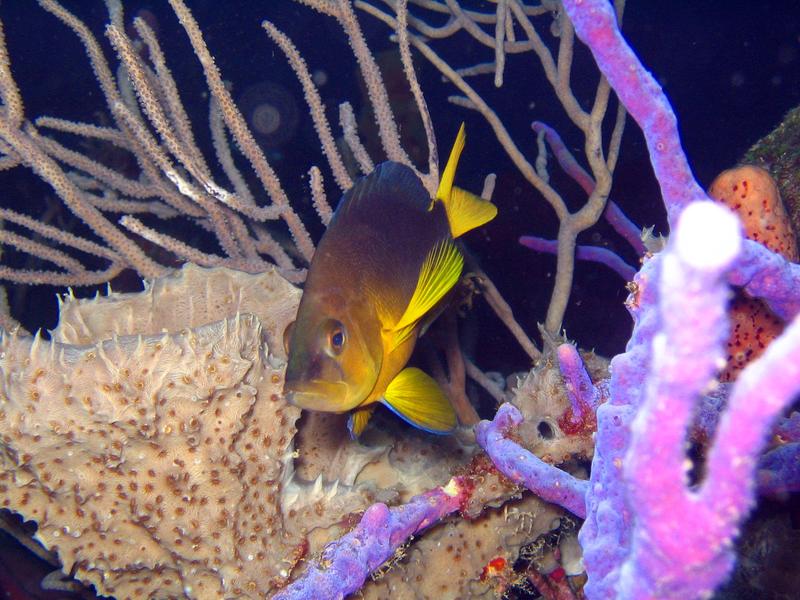 In a new article published in the journal Proceedings of the National Academy of Sciences of the USA, scientists from the Leibniz Centre for Tropical Marine Research (ZMT) investigate the question of which genetic mechanisms underlie the rapid diversification of a group of coral reef fishes.

The evolutionary process through which animals diversify into different species within a short period of time often occurs in newly formed or geographically isolated habitats such as islands. In such habitats, founder species encounter unoccupied environments and lower selection pressures that favour their diversification. A well-known example are the Darwin's finches of the Galapagos Islands.

However, species can also fan out rapidly in complex environments that are not isolated. Such cases, however, are poorly understood, even though they often occur in tropical habitats that harbour most of Earth's animal and plant diversity.

The research group led by Oscar Puebla, a marine scientist at the ZMT and professor of fish ecology and evolution at the Institute for Chemistry and Biology of the Marine Environment (ICBM) of the University of Oldenburg, took on hamlets to gain insights into the underlying mechanisms of rapid diversification in coral reefs, a highly complex habitat. To this end, the scientists analysed the genomes of 170 individuals from reefs off Honduras, Belize and Panama.

Hamlets live in the coral reefs of the Caribbean and are found there in numerous species with an amazing variety of colours and patterns. However, in most other characteristics including habitat and diet, they are very similar. At least some species are thought to mimic the colour patterns of other reef fishes to have greater success in catching prey, because the prey thinks the hamlet is a harmless neighbour rather than a predator.

"Hamlets provide an excellent opportunity to study the genetic drivers of rapid diversification," explains Oscar Puebla. Based on genome analysis, the scientists found that the split into 18 species is likely to have occurred within the last 10,000 generations, even though the family tree of hamlets is about 26 million years old. This is a diversification rate that is among the fastest in fishes.

The research also suggests that the high variability in colour patterns is generated by different combinations of alleles in a few genes that have a large effect on pigmentation. Alleles are gene variants that control the expression of a trait, in this case colour pattern. Hamlets can share alleles across species through hybridisation, which provides the opportunity to create a variety of colour patterns. Such genome architecture allows for accelerated speciation that would take much longer if it were based on new mutations. It appears to be common in the animal kingdom.

"Our results allow us to understand the process of diversification" says Oscar Puebla. "The number of species on Earth is a dynamic balance between the evolution of new species and species extinction. Nowadays, we are mainly worried by the extinction side, but species formation also needs to be considered. The example of the hamlets highlights a natural evolutionary process that works in the opposite direction to biodiversity loss."