Funding the Research of Tomorrow 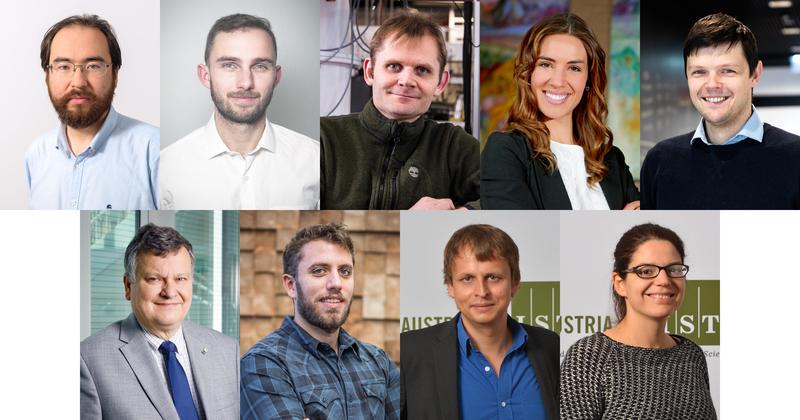 Strategic research funding lays the foundations for a strong scientific community. The Austrian Science Fund (FWF) has now awarded almost 15 million euro to four multidisciplinary research projects that will investigate new avenues for quantum devices, privacy by design in IT, the mysteries of cell division, and optimized electrical machines. Nine scientists from the Institute of Science and Technology Austria (ISTA) will take part in three of those projects.

Collaboration is key to successful research and needs adequate funding. That is why the Austrian Science Fund (FWF) has awarded four Special Research Programmes (SFBs) with altogether almost 15 million euro over the next four years. Nine group leaders from the Institute of Science and Technology Austria (ISTA) and their teams are joining three of these scientific endeavors that span a wide range of topics in quantum physics, molecular biology, and computer science. The goal of this program is to strengthen local research networks and enable new multidisciplinary collaboration.

The research program called “Correlated Quantum Materials and Solid State Quantum Systems” brings together two subfields of quantum physics: exotic forms of correlated quantum matter and quantum devices. From ISTA, the groups lead by Zhanybek Alpichshev, Andrew Higginbotham, Georgios Katsaros, Kimberly Modic, and Maksym Serbyn are taking part in this project. The program also includes researchers from TU Wien and German partners yet to be decided upon by the DFG. “The future of quantum computing requires the discovery of topological properties in new materials, such as spin liquids or superconductors. Our approach is multifaceted, combining nano-fabrication of next-generation quantum materials with extremely high magnetic fields to uncover these exotic properties,” Kimberly Modic explains. This research could help develop novel devices and possible applications for quantum computers – see this dossier on quantum computers for more insights into ISTA’s research on this topic.

The “SPyCoDE” project wants to create the technological foundations for security and privacy by design for IT infrastructure as required by the EU’s GDPR. The researchers – among them Thomas A. Henzinger, Eleftherios Kokoris-Kogia, and Krzysztof Pietrzak from ISTA and further partners from TU Wien, TU Graz, Alpen-Adria-Universität Klagenfurt, and the University of Vienna – aim to provide enterprises with the tools to achieve these goals combining state-of-the-art results from cryptography and mathematical logic. “This SFB project provides much needed emphasis and funding for the development of future-prove technologies that will not only enable secure information processing but also strengthen Austria’s research community,” Thomas A. Henzinger, participating scientist and President of ISTA says.

In the project “Meiosis”, ISTA scientist Beatriz Vicoso will collaborate with researchers from the Max Perutz Labs/University of Vienna, IMBA, and JKU Linz in order to answer open questions about meiosis. This is the process through which cells with two sets of chromosomes produce haploid gametes – cells for sexual propagation. A hallmark of sexual reproduction, meiosis can be modified or lost altogether in organisms with asexual reproduction. How exactly this happens at the molecular level and what genetic pathways are involved is largely unknown and will be investigated by the Vicoso (ISTA) and Dammermann (Max Perutz Labs) groups.

The fourth SFB project is called “Computational Electric Machine Laboratory” and endeavors to optimize electrical machines – for example motors in electric vehicles – by using novel simulation techniques. With this, the participating researchers from TU Graz, JKU Linz, and TU Darmstadt are helping to reach the international climate goals by creating the machines of tomorrow.

ISTA
The Institute of Science and Technology (ISTA) is a PhD-granting research institution located in Klosterneuburg, 18 km from the center of Vienna, Austria. Inaugurated in 2009, the Institute is dedicated to basic research in the natural and mathematical sciences. ISTA employs professors on a tenure-track system, postdoctoral fellows, and doctoral students. While dedicated to the principle of curiosity-driven research, the Institute owns the rights to all scientific discoveries and is committed to promoting their use. The first president of ISTA is Thomas A. Henzinger, a leading computer scientist and former professor at the University of California in Berkeley, USA, and the EPFL in Lausanne, Switzerland. The graduate school of ISTA offers fully-funded PhD positions to highly qualified candidates with a bachelor's or master's degree in biology, neuroscience, mathematics, computer science, physics, and related areas. www.ist.ac.at