The Tip of the Mathematical Iceberg 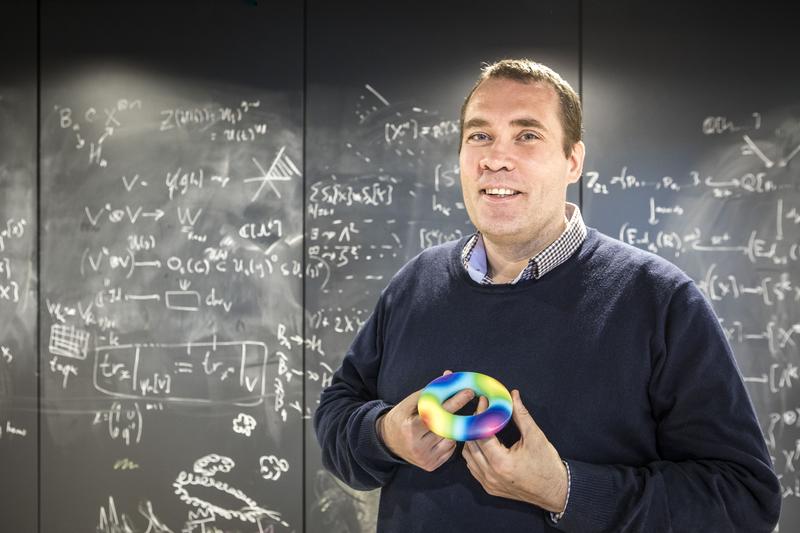 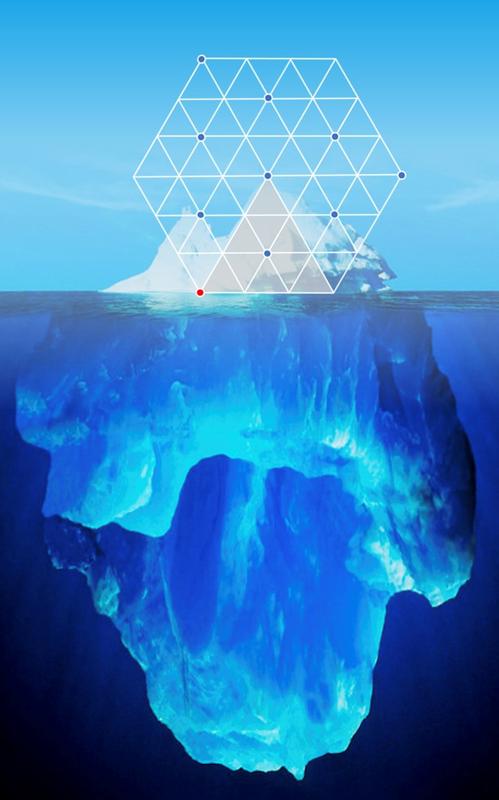 Symmetries are fundamental to physics. Searching and analyzing them helped physicists to construct a theory of a whole zoo of particles making up our universe. Mathematicians however are focused on the abstract structures behind symmetries. Tamás Hausel, professor at the Institute of Science and Technology Austria (ISTA), together with Oxford scholar Nigel Hitchin, developed an elaborated theory around so-called Higgs bundles that sheds new light on problems that physicists have long been eager to solve.

Mathematics may strike you as less adventurous than a polar expedition, but the beauty of this conquered abstract iceberg could change your mind. The pioneers of this quest are Tamás Hausel, mathematician at the Institute of Science and Technology Austria (ISTA), and Nigel Hitchin from the University of Oxford. Hitchin originally came up with the notion of Higgs bundles in 1987, which led to their alternative labelling as Hitchin pairs. In simple terms, a Higgs bundle is a two-dimensional equivalent of the famous Higgs boson, a fundamental particle described in four-dimensional spacetime. Hausel, doctoral student of Hitchin more than twenty years ago, has always worked at the crossroads of combinatorial, differential, and algebraic geometry, connecting the distant fields of physics and number theory with a versatile toolkit of mathematical approaches. Now, their first collaboration not only clarifies both their previous theories, but also answers several other questions in the area and possibly even in particle physics. “Having the first mathematically clean theory in a field that was motivated from mathematical physics is enormously exciting,” says Hausel. “Hopefully, this paper will be important in the history of developing geometric representation theory.”

Since the 1930s scientists know that there is a natural connection between particle physics and representation theory. Representation theory is a branch of mathematics that studies algebraic structures that can be thought of as abstract transformations from one state to another. A representation then makes the structure more tangible by using actual numbers and operations. One speaks of symmetry when the transformation yields an identical object afterwards. In our everyday experience, this applies when rotating something by 360 degrees or mirroring it twice. Looking at snowflakes, where also rotations of only 60 degrees do the trick, our intuition reveals the existence of multiple classes of symmetries. For continuous transformations, meaning ones with an infinite number of incremental intermediate steps, such classes are called Lie groups. This kind of symmetry occurs for example when you rotate a circle. It always looks the same. What seems like a very specific construction is quite central to understanding the basic natural laws of physics. Lie groups include the most refined and counterintuitive symmetry concepts of elementary particles described by standard particle physics and string theory.

An analogy with a floating iceberg shows the significance of Hausel’s and Hitchin’s mathematical expedition. The iceberg is attached to a Lie group: Most of its characteristics lie hidden beneath the surface. Down there, the interesting useful properties reside. “Everyone is concentrated on the bottom,” refers Hausel to mathematicians and theoretical physicists alike. “It´s very complicated there. Everything below surface is still largely a mystery.” In their theory, Hausel and Hitchin constructed an abstract mathematical object from the Lie group in question, a so-called nilpotent cone of Higgs bundles. The nilpotent cone refers to the iceberg. Fortunately, the tip of its structure is completely understandable. It can be understood in terms of weight diagrams, which serve as visual representations of the characteristic notions of the Lie group. “From the tip, we can infer knowledge about the bottom. We may reconstruct the whole representational theory of Lie groups from the tip of the iceberg. The sophisticated questions down there, which are very technical, are still hard to reach,” admits Hausel. “But we do have an idea how to reconstruct the representation theory, which—once proven—could lead to new far-reaching insights.”

The metaphorical iceberg has horizontal layers too, which can be scanned from the top. They are multisections of the Hitchin system, also introduced by Nigel Hitchin and by now largely accepted as the most general description of integrable systems in mathematical physics. The paper looks at the Hitchin system like an x-ray, descending from the top of the nilpotent cone. Looking at Hitchin systems in this way is both elegant and useful. Hausel explains why: “In mathematics research, you are not given the rules of the game. You must invent the rules, which make for interesting consequences. And that´s what we managed to do in this work: We invented a very nice set of rules, by which you receive a wonderful universe with beautiful patterns—like the iceberg with its weight diagrams—and in the end, that can advance the understanding of the real universe.”

ISTA
The Institute of Science and Technology Austria (ISTA) is a PhD-granting research institution located in Klosterneuburg, 18 km from the center of Vienna, Austria. Inaugurated in 2009, the Institute is dedicated to basic research in the natural and mathematical sciences. IST Austria employs professors on a tenure-track system, postdoctoral fellows, and doctoral students. While dedicated to the principle of curiosity-driven research, the Institute owns the rights to all scientific discoveries and is committed to promoting their use. The first president is Thomas A. Henzinger, a leading computer scientist and former professor at the University of California in Berkeley, USA, and the EPFL in Lausanne, Switzerland. The graduate school of ISTA offers fully-funded PhD positions to highly qualified candidates with a bachelor's or master's degree in biology, neuroscience, mathematics, computer science, physics, and related areas. www.ista.ac.at