Another Way of Being in Tune: How Fingers and Brains Coordinate When Making Music 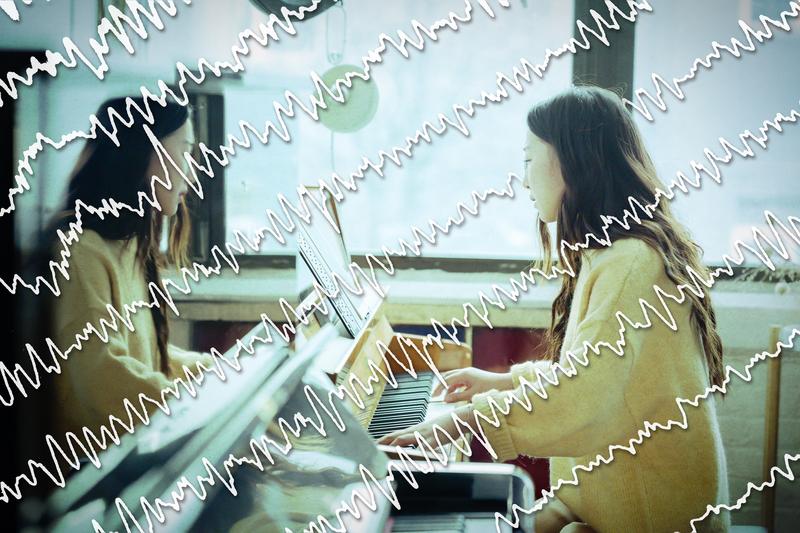 Playing an instrument presents an enormous challenge for our brains. How exactly the brain masters the complex coordination tasks needed to meet that challenge is the subject of two new studies by scientists at the Max Planck Institute for Empirical Aesthetics in Frankfurt am Main (MPIEA) and the Max Planck Institute for Human Cognitive and Brain Sciences in Leipzig (MPI CBS). In their open-access article, just published in the journal Cerebral Cortex, the researchers identify the region of the brain in which a musical idea becomes a finger movement during solo playing; and they show that when playing duets, the brains of both musicians must be on the same “wavelength.”

Playing Piano in a Brain Scanner

When playing the piano, pianists are involved in planning two things in parallel: they must coordinate what is played, i.e., which note or chord is to come next, and how it is played, i.e., exactly which fingers are to strike the keys. A team of researchers from the MPIEA and the MPI CBS has now investigated where exactly in the brain these planning steps take place.

Functional magnetic resonance imaging (fMRI) is a technique used for pinpointing the location of brain activity. It typically involves study participants lying horizontally inside a narrow tube situated within a strong magnetic field—a position that for obvious reasons makes it impossible to examine pianists while they are playing the piano. To overcome this limitation, the research team cooperated with the Blüthner Piano Factory of Leipzig to develop a one-of-a-kind, MRI-compatible piano with 27 keys that uses a light cable to register participants’ keystrokes.

On this special piano, 26 individual pianists were asked to play image-based chord sequences in the MRI scanner. What this showed was that two different brain networks were activated, respectively, by the what and how planning steps. The researchers were particularly struck by the fact that both of these networks contained left lateral prefrontal cortex—a frontal brain region that is especially important in the planning of all everyday actions.

“A particular feature of this region is its graduated degree of specialization: While the front part implements rather abstract planning steps, these processes become increasingly refined the further back in the region they are. Planning thus becomes more and more concrete, the what is translated into the how,” explains first author Roberta Bianco.

In the case of this study, this process corresponds to the translation of a musical idea into finger movements on the piano. The researchers thus identified prefrontal cortex as the key region coordinating the relationship between a musical composition and finger movements during solo performance.

From Solo Performance to the Duet

If such complex processes are activated in the brains of solo pianists when playing simple chord sequences, then performing music together with others must be even more of a challenge for the brain. After all, the musicians need not only to plan and implement their own performance, but to coordinate and adapt it to the performances of others.

As these two things cannot be done at the same time, the musicians must prioritize what they focus on while playing: the precise execution of their own performance or the fit of their actions with those of the other musicians. In order to find out exactly how these coordination processes between musicians occur, researchers from the MPIEA and the MPI CBS conducted a second study in which they examined the brains of pianists playing duets.

A Question of Wavelength

“When people coordinate their actions, for example, when they dance or sing together, their brain waves synchronize as well,” explains Daniela Sammler, head of the research teams. “This phenomenon is called ‘interbrain synchrony.’”

One obvious cause of such synchrony is that musicians do and hear similar things at the same time. But now, the scientists wanted to find out whether the coordination process between partners playing a duet was reflected in synchronous brain waves as well.

For this, they invited 14 pairs of pianists to perform short piano duets together. They recorded the brain waves of all 28 musicians using electroencephalography (EEG). One pianist would play the melody with his or her right hand, while the other performed the bass clef with his or her left. All pieces contained a musical break in the middle, during which no sound was produced.

The research team used this break to study their brain activity: The pianists had been asked to play the part that came after the break at a different tempo—whether it was to be faster or slower than the tempo of the beginning was indicated to them by a signal shortly before they began playing the piece. However, for some pieces, they were given different, contradictory signals.

These results suggest that brainwave synchronization between musicians is not just a byproduct, one triggered by shared auditory impressions and the music itself, but is actually a mechanism they use to coordinate their performances with each other.

Taken together, these studies provide important evidence of the complex coordination involved in making music, not only between the brain and the hand of a solo musician, but also between musicians when performing in concert.