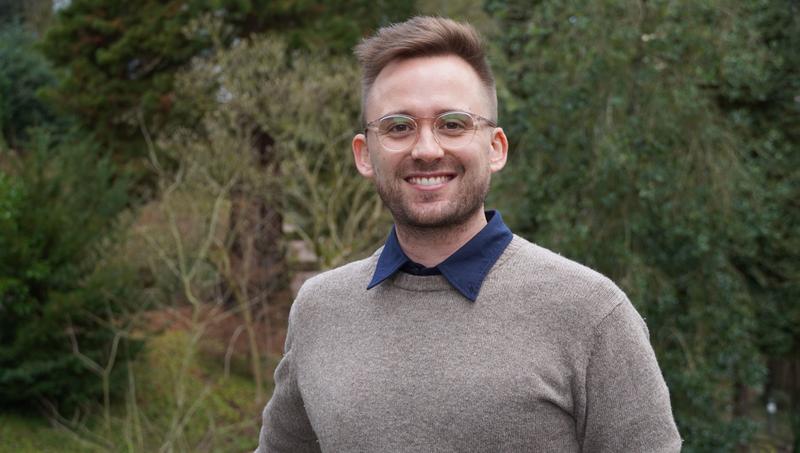 The Heidelberg Institute for Theoretical Studies (HITS) gives science journalists the opportunity to deepen their knowledge of computer-based, data-driven science with a longer stay at the institute. In the last call for applications, candidates from six continents had applied. A committee of science journalists and scientists selected Carl Smith (Sydney, Australia). The award-winning science journalist and presenter intends to use his stay to delve into science stories and to meet colleagues to learn more about the science media ecosystem in Germany and Europe.

Australian science journalist Carl Smith is the current “Journalist in Residence” at the Heidelberg Institute for Theoretical Studies (HITS). The program gives science journalists the opportunity to deepen their knowledge of computer-based, data-driven science with a longer stay at the institute. In the last call for applications, candidates from six continents had applied. A committee of science journalists and scientists from universities and HITS selected Carl Smith to be the “HITS Journalist in Residence 2021.” Due to the Corona pandemic, his stay at the institute had to be postponed to this year. He will work at HITS for six months, until the end of June 2022.

Carl Smith is a staff science journalist and presenter working for the Australian Broadcasting Corporation (ABC) and works on complex science stories across radio, television, and online. Carl has earned degrees in molecular genetics and journalism. He has received a Walkley Award, and has been featured in The Best Australian Science Writing in 2018, 2019 and 2020. He was a finalist for the 2020 Eureka Prize for Science Journalism, and jointly won this Prize in 2021. He also serves as a committee member of the Science Journalists Association of Australia.

The life cycle of stars, materials science and the science media ecosystem

Carl Smith arrived at the institute at the beginning of the year. He has already met with HITS researchers from different groups on several occasions, be it online or “in real life.” During his stay he intends to learn more about the methods and the research fields at HITS: “I would like to hear more about new research on the life cycle of stars and about materials science, in particular molecular electronics”, he says. As a trained biologist, he is also interested in topics of the Computational Molecular Evolution group.

Carl Smith will collect interviews and new stories, prepare a pitch for a new audio series, and meet other science journalists to learn about the science media ecosystem in Germany. He also plans to visit the scientific institutes in Heidelberg and to travel to institutes around Germany. During his time at the institute, Smith will give an internal seminar with HITS researchers about his experiences in communicating complex topics to children. And last but not least he will also deliver a public talk later that year.

A program for experienced science journalists

Since 2012, the “Journalist in Residence” program offers experienced journalists with a focus on science journalism the opportunity to spend a three-month to six-month paid stay at HITS. In this time, journalists can interact with the research groups, implement their own projects and participate in internal colloquia and seminars of HITS researchers.

To date, ten journalists from India, the U.S., Canada, Australia, Spain and Germany have participated in the HITS fellowship — which started in 2012 with the award-winning German science journalist Volker Stollorz. In the meantime, Stollorz became chief editor of the German Science Media Center in Cologne (https://www.sciencemediacenter.de/), a non-profit organization run by journalists that helps journalists with their reporting.

HITS is a private, non-profit basic research institute. It was founded by the Klaus Tschira Foundation in 2010. At HITS, currently around 120 scientists from 20 countries work in 13 research groups in areas where large amounts of data are produced and processed – from molecular biology to astrophysics. One of the institute’s aims is to make the public more aware of the importance of computer-based, data-driven science, especially in natural sciences.