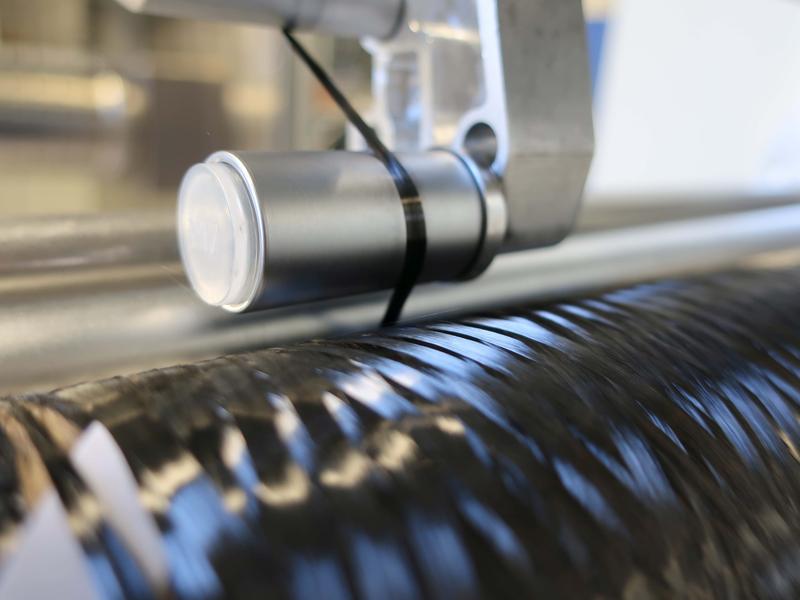 With their research results on the production of carbon fibres from wood, the the German Institutes of Textile and Fiber Research Denkendorf (DITF) successfully applied for the first prize of the "Cellulose Fibre Innovation of the Year". The DITF were nominated during the "International Conference on Cellulose Fibres 2022", which took place in Cologne from 2 to 3 January.

For the second time, the nova Institute for Ecology and Innovation honoured outstanding scientific research that provides sustainable solutions for the cellulose fibre value chain at the "International Conference on Cellulose Fibres 2022". With the topic "Carbon Fibres from Wood", the DITF Denkendorf presented itself in the middle of a current research field that provides resource-saving alternatives to fossil-based fibres.
The conference sees itself as an international forum for the development of new cellulose fibres and materials and their manufacturing processes. Exhibitors include leading fibre manufacturers; participants come from thirteen countries. The six competitors nominated for the award presented themselves with products that combine sustainable production processes with new technologies and applications to form cellulose-based materials.
The Competence Centre Biopolymer Materials at DITF Denkendorf received first place in the nomination with its presentation of carbon fibres, which are obtained from the raw material wood in a novel and sustainable process. The HighPerCellCarbon® technology describes a patented process that has been further developed under the leadership of Dr. Frank Hermanutz: As a result, carbon fibres based on biopolymers can be produced in a sustainable and particularly environmentally friendly process.
The HighPerCellCarbon® process involves the wet spinning of cellulose fibres using ionic liquids (IL) as direct solvents. The filament spinning process is the central technical part. It takes place in an environmentally friendly and closed system. The solvent (IL) is completely recycled. The cellulose fibres produced in this way are converted directly into carbon fibres in a further development step by a low-pressure stabilisation process, followed by a suitable carbonisation process. No waste gases or toxic by-products are produced during the entire process sequence.
The HighPerCellCarbon® process is thus convincing in terms of sustainability in several respects: in addition to the recyclability of the solvent used, the use of wood as a raw material in particular stands for resource conservation. Petroleum-based raw materials, which are usually used in the industrial production of carbon fibres, are substituted by renewable biopolymers. Carbon fibres are used in many lightweight construction applications. Global demand has been characterised by significant growth rates for years. An environmentally friendly production process like HighPerCellCarbon® is elementary for the sustainable management of an important industrial sector.