Industrial sedimentation in the North Sea 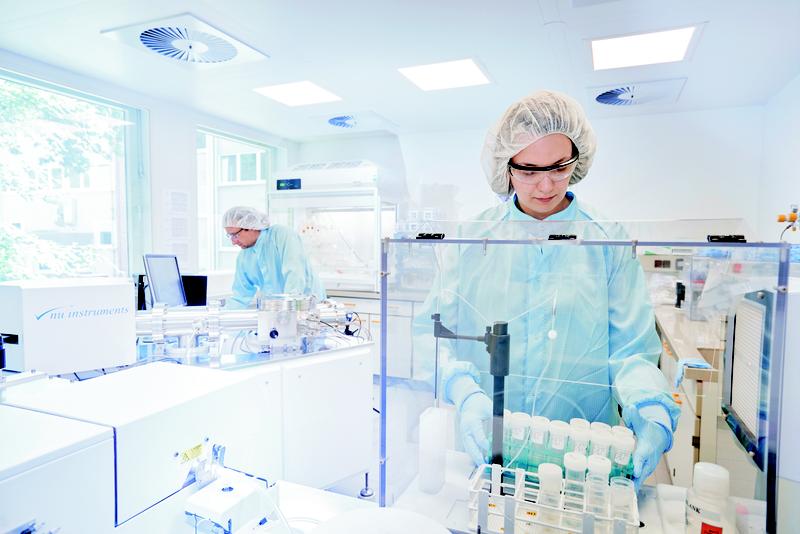 In cooperation with the Federal Maritime and Hydrographic Agency (BSH), the Universität Hamburg, the University of Applied Sciences (HAW) and the University of Aachen (RWTH), researchers from the Helmholtz-Zentrum Hereon Institute for Coastal Environmental Chemistry investigated changes in pollutant levels in the North Sea over an interval time. The results showed that a diverse cocktail of chemicals has been polluting the environment, especially during the last 100 years. They also found out that a decrease in pollution only became apparent in the environment decades after the substances were banned. The results of the study have now been published in the journal Environmental Pollution.

The North Sea’s unique coastal region stands for a historical scene and the North’s pride and joy. Beach and dune landscapes appeal for relaxation and function as industrial and business location besides a popular place for living. However, the ubiquitous pollution in this appreciated environment remains unseen.
Contaminants enter the coastal ecosystems continuously via rivers, the atmosphere and through direct sources. While the North Sea’s overall chemical stress originating from old known pollutants declined within the past 100 years, Ongoing human activities cause the continuous deposition of new contaminant groups within this unique environment.

The chemical cocktail of our industrial society

The main reasons for the deposition of pollutants in the North Sea are attributed to industrial inputs, which occur on a regular basis since the industrial revolution began.
Subsequent prohibitions and governmental regulations on the use of environmentally-critical substances reduced the pollution considerably. Indeed, new substance groups are permanently released into the environment. These new substances are characterised by poor degradability and toxic effects – they are referred to as PBT substances.
Additionally, there is a deficit of international regulations providing limit values.

"In order to fully understand the state of the North Sea and its changing environmental pressures, we have embarked on a kind of 'chemical time travel' into the past using modern analytical equipment", says Dr. Daniel Pröfrock, head of the Department of Inorganic Environmental Chemistry. As part of the study, sediment cores from the Skagerrak were subjected to elaborate chemical analysis. The Skagerrak is a section of the North Sea between the coasts of Denmark, Sweden and Norway. Since most pollutants like to attach to fine sediments, they can be transported over long distances.

Due to the prevailing currents in the North Sea, the fine sediments are continuously transported to the Skagerrak region. Here they are deposited as a result of the high water's depth. Consequently, a strong accumulation of sediments containing pollutants causes the seabed to grow by several millimetres per year.
Sediments are also called the memory of a watershed, as the varying exposure during different times is reflected in their deposited layers.

The researchers revealed that the lowest examined sediment layers were over 100 years old. In the laboratories of the project partners, around 90 different pollutants and their content in the different sediment layers were determined . This provided the chemical fingerprint of each epoch. Polycyclic aromatic hydrocarbons (PAHs), organochlorine pesticides (OCPs), polychlorinated biphenyls (PCBs), polybrominated diphenyl ethers (PBDEs) and per- and polyfluorinated alkyl compounds (PFASs) as well as various metals such as lead or arsenic were among the analysed pollutants. The declining concentrations of different organic pollutant groups recorded in the younger sediment layers indicate the effectiveness of the newly introduced restrictions and bans.

A significantly increased concentration of arsenic in the younger sediment layers refers to possible emissions from corroded ordonance. This material was disposed on a large scale in the study area after the World War II.

"Altogether, the results highlight the importance, effectiveness and justification of legislative measures and its positive impact regarding the achievement of a good environmental status in the marine ecosystem" explains Dr. Tristan Zimmermann, co-author of the study.

It has been demonstrated that even after the early introduction of regulatory measures, long periods of time are required until pollutant concentrations return to their natural background levels. Moreover, even a short-term use of certain chemical compounds can subsequently lead to long-term deposition of such substances in marine sediments. Their poor degradability results in a slow concentration decline within the environment.

This imbalance between application and deposition emphasizes the need for significantly improved and flexible governmental monitoring programs that cover known and ideally also new pollutants. These monitoring programs should be able to collect relevant data in a short time, which in turn should be used to set sediment quality guidelines. Without legally defined environmental targets, measures to protect the environment lack legitimacy.

In addition, it is important that the monitoring programs are able to map the comprehensive mixture of substances present in the environment and the resulting toxicity for organisms. In the future, sustainable concepts (green chemistry or benign-by-design) should become mandatory to avoid the input of hazardous and persistent pollutants into the environment.

The study was part of the NOAH project (North Sea Observation and Assessment of Habitats) funded with 2.5 Million Euro by the German Federal Ministry of Education and Research (BMBF). The project was one of twelve projects of the Coastal Research Agenda for the North Sea and Baltic Sea (KüNO) of the BMBF Framework Program "Research for Sustainable Development" (FONA) and was coordinated at the Helmholtz-ZentrumHereon between 2013 and 2019.

Originalpublikation:
Environmental Pollution: Assessing the chemical Anthropocene – Development of the legacy pollution fingerprint in the North Sea during the last century
https://doi.org/10.1016/j.envpol.2022.119040