Antiprotons in superfluid: a new way for sensitive measurements of antimatter 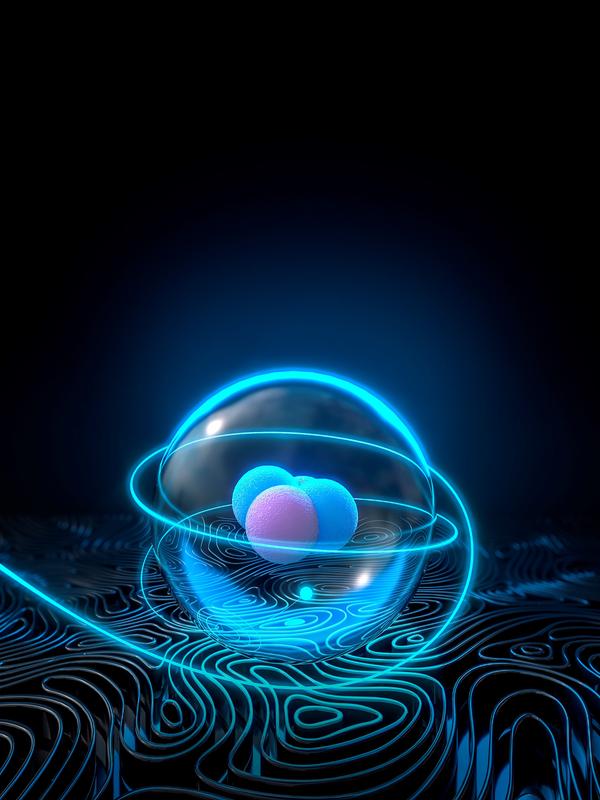 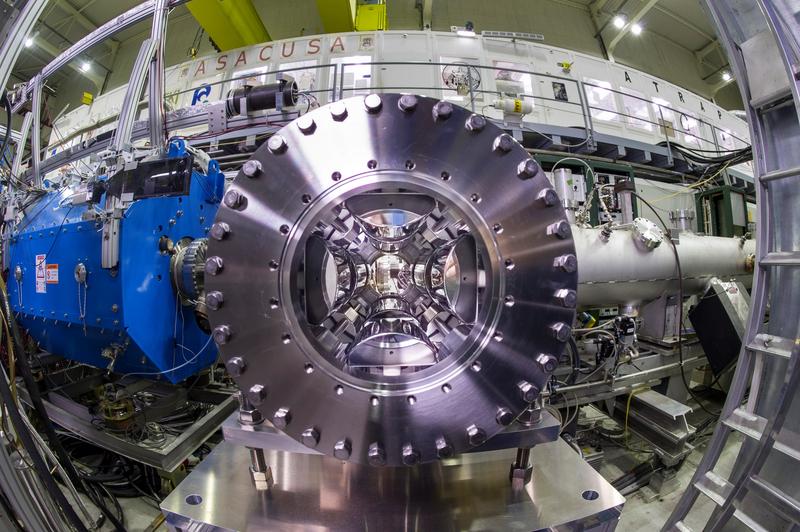 A team of scientists at CERN led by MPQ physicist Masaki Hori has found that a hybrid antimatter-matter atom behaves in an unexpected way when submerged in superfluid helium. The result may open a new way for antimatter to be used to study the properties of condensed matter, or to search for antimatter in cosmic rays.

When taking a glimpse into the shadowy world of antimatter, researchers have to rely on elaborate technical tricks to keep their samples of antimatter from coming into contact with the normal matter that surrounds us. This isolation is critically important because antimatter and matter immediately destroy each other on contact. An international team of scientists led by the Max Planck Institute of Quantum Optics (MPQ) in Garching has nevertheless combined matter and antimatter into curious hybrid atoms of helium that remain stable for short periods of time. Now the researchers from Italy, Hungary, and Germany have submerged the bizarre atoms into liquid helium and cooled it down to temperatures close to absolute zero - where the helium changes into a so-called superfluid state. The results of the experiments carried out at the European Organization for Nuclear Research CERN in Geneva surprised the scientists because of the precise and sensitive way that the antimatter-matter hybrid atoms reacted to laser light despite the dense liquid that surrounded the atoms.

"Experiments on antimatter are particularly exciting with regards to the fundamental laws of physics," says Masaki Hori, the team leader. For example, the Standard Model of particle physics - the basis of scientists' current understanding of the structure of the universe and the forces acting within it - requires that particles and their antiparticles differ in the sign of their electric charge. An antiproton - the counterpart of the positively charged proton, a building block of atomic nuclei - carries a negative charge. According to the Standard Model the other properties are identical. "In our past experiments, we have found no evidence that the masses of protons and antiprotons differ in the slightest," notes Hori. "If any such difference could be detected, however small, it would shake the foundations of our current view of the world."

But perhaps the available experimental methods are just not sensitive enough to detect any subtle differences that might exist? "We can‘t rule that out before actually measuring," says Hori. That's why scientists around the world are fine-tuning various techniques to scrutinise the characteristics of antiparticles with ever greater precision. "To do this, atoms of antimatter have been magnetically levitated in vacuum chambers for spectroscopic measurements. Other experiments have confined antiprotons in ion traps made of electric and magnetic fields," Hori explains. “Our team has previously used this hybrid helium atom to precisely compare the masses of antiprotons and electrons.”
With his team's latest findings, however, the Garching physicist has paved the way for a different application of antimatter by optical spectroscopy of antiprotonic helium atoms in a superfluid environment.

Electron out, antiproton in

To create the exotic helium atoms containing antiprotons, the researchers used the Antiproton Decelerator at CERN - a globally unique facility that slows down the antimatter particles created in collisions of energetic protons. The slow velocity of the antiprotons makes them ideal for experiments such as those conducted by Hori's team. The researchers mixed the slow antiprotons with liquid helium cooled to a temperature of a few degrees above absolute zero, or minus 273 degrees Celsius, trapping a small part of the antiprotons in atoms of helium. The antiproton replaced one of the two electrons that normally surround a helium atomic nucleus - forming a structure that remained stable long enough to be studied spectroscopically.

"Until now, it was thought that antimatter atoms embedded in liquids could not be investigated by high resolution spectroscopy using laser beams," Hori reports. This is because the intense interactions between the densely packed atoms or molecules of the liquid lead to a strong broadening of the spectral lines. These lines are images of resonances in which the energy absorbed from the laser beam excites the atoms. They are thus a kind of fingerprint that identifies each atom. The exact position of the resonance line on the frequency scale as well as the shape reveal the properties of the atom under investigation - and the forces acting on the antiparticle. But the broadening of the lines obscures this information because it is virtually smeared. Hori and his team have now succeeded for the first time in preventing the "smearing" of the spectral lines in a liquid.

In a series of experiments, the scientists took a spectroscopic look at the antiprotonic helium atoms at different temperatures. To do this, they irradiated the liquid helium with light from a titanium-sapphire laser, which excited two characteristic resonances of the antiprotonic atoms at two different frequencies. The surprising discovery: "If the temperature dropped below the critical temperature of 2.2 Kelvin – 2.2 degrees Celsius above absolute zero - at which helium enters a superfluid state, the shape of the spectral lines suddenly changed," reports Anna Sótér, who was the principal PhD student of the MPQ team in this project and recently promoted as assistant professor of ETH Zürich. "The lines that were very broad at higher temperatures became narrow." The superfluid phase is a special liquid state that is characterised, among other things, by the absence of internal friction. The quantum physical phenomenon is typical of helium at extremely low temperatures. "How the striking change in the spectral lines of the antiproton comes about in such an environment and what happens physically in the process is something we don't know yet," says Hori. "We were surprised by it ourselves."

But the possibilities offered by the effect are far-reaching. This is because the narrowing of the resonance lines is so drastic that when excited with light, the so-called hyperfine structure can be resolved, the scientists report in a publication in “Nature”. The hyperfine structure is a consequence of the mutual influence of the electron and the antiproton in the atom. This indicates that researchers could create in superfluid helium other hybrid helium atoms with different antimatter and exotic particles to study in detail their response to laser light and measure their masses. An example of this are pionic helium atoms that were recently studied by laser spectroscopy at the 590 megaelectron volt cyclotron facility of Paul Scherrer Institute in Villingen, Switzerland.

Searching for particles in cosmic radiation

The sharp spectral lines could also be helpful in detecting antiprotons and antideuterons in cosmic radiation. Researchers have been on the trail of these for years, for example with experiments on board the International Space Station (ISS). Soon, scientists will also launch a test balloon over Antarctica - with an instrument on board that can detect antiprotons and antideuterons that may exist at very high altitudes in the atmosphere. Masaki Hori speculates: "Detectors with superfluid helium may support future experiments and may be suitable for capturing and analysing antiparticles from space. Numerous technical challenges must be overcome, however, before such methods become complementary to existing ones". This would possibly help solve another great mystery: the question of the nature of dark matter - an ominous and hitherto unknown form of matter that is invisible but apparently accounts for a large part of the mass in the universe. In some theories, it is believed that when dark matter interacts in the halo of our Galaxy, antiprotons and antideuterons may be produced that could then be transported to the earth. Antimatter, of all things, could shed light on this darkness.