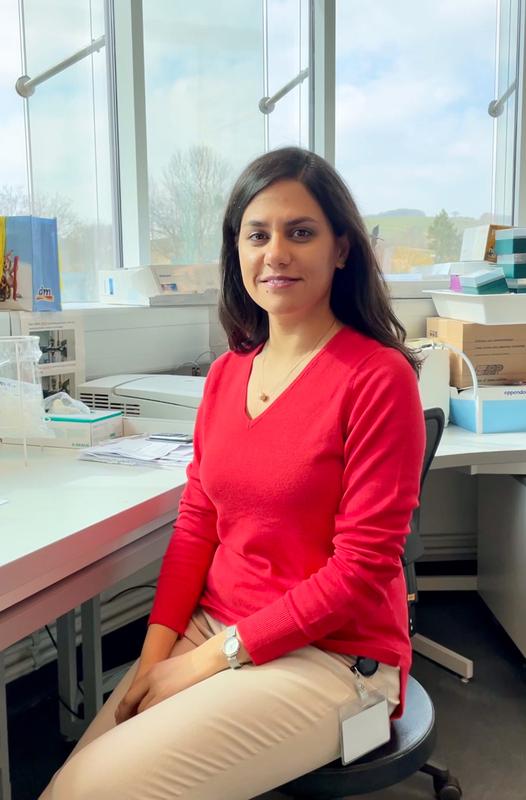 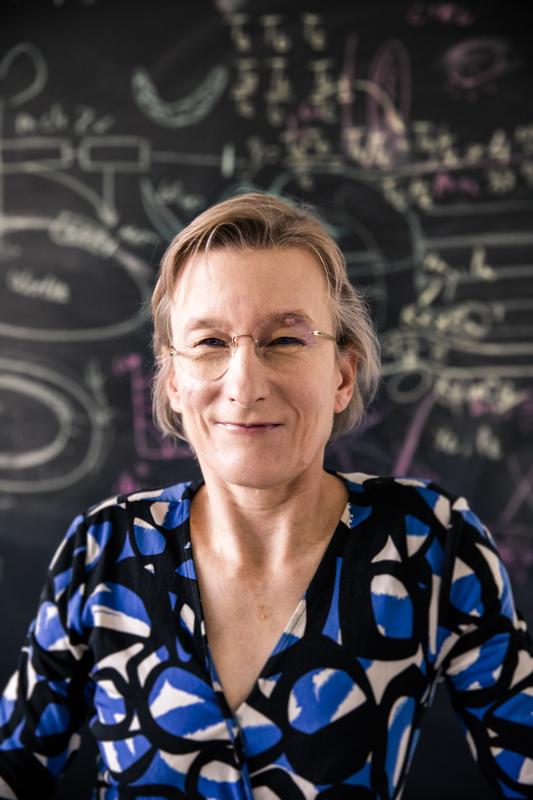 Immune cells are our body’s police force, but how can they reach the crime scene fast? At the Institute of Science and Technology Austria (ISTA) researchers have now discovered a new protein that boosts energy production inside immune cells and thus increases their power to invade. Apart from improving immune responses, the results, published in the EMBO journal, could revolutionize our understanding of energy regulation in cells throughout the human body.

For life to survive, it needs to respond to challenges, particularly by adapting the activity of its immune system. As we have seen with Covid, outside infectious agents are constantly trying to gain a foothold within the body. But how can immune cells move into new tissues to find and destroy such infections? By investigating this crucial process, Professor Daria Siekhaus and Dr. Shamsi Emtenani from her group at ISTA ended up answering an even bigger question: What governs the energy needed for cell invasion?

They discovered a two-fold program that boosts energy production inside immune cells, thereby supplying the power needed for their invasion into tissues. This novel pathway is governed by a previously unstudied protein which they named Atossa after a Persian queen. While the experiments were done in the fruit fly, the researchers’ results show that similar proteins in mammals exhibit the same function. “There is a plethora of potential for how this work can lead to new perspectives of human physiology, because boosting energy production is essential in so many cells throughout the human body,” says lead author Emtenani. Their collaborative work with the University of Albany, University of Toronto, the CeMM Research Center and the Vienna BioCenter is now published in the journal of the European Molecular Biology Organization (EMBO).

For cells, pushing surroundings out of the way and moving into tissues is energetically costly. The immune system ramps up energy by using mitochondria, the cell’s internal powerhouse. Mitochondria turn various constituents like sugar into ATP, the cellular currency of energy. The researchers have now found that one protein, Atossa, orchestrates a cascade that regulates and improves the capacity of mitochondria to produce energy.

“Atossa acts as both an accelerator pedal and a gear shift,” explains Siekhaus. “First, the protein activates two metabolic enzymes that help send more fuel into the mitochondrial factory, and second, it shifts the mitochondria into a higher gear.” This gear shift is caused by Atossa’s increasing the levels of the protein Porthos, an RNA helicase named after one of the three musketeers known for their faithfulness in serving their queen. Then, Porthos aids the assembly of the machinery that enables protein production through translation, including many that raise mitochondrial activity and thus energy production.

By live imaging of fruit fly embryos, the researchers were able to detect a clear reduction in cell migration in the absence of Atossa. Also, Atossa’s function is only needed in pioneer cells. Much like an expedition through a thicket, the first cells do the hard work of clearing a path with the machete and thus need more energy. With the support of collaborator Dr. Thomas Köcher from the Vienna BioCenter, the ISTA scientists compared the energy levels with and without the Atossa gene and confirmed that Atossa indeed enhances them.
A master regulator like Atossa is, however, not only present in fruit flies. The responsible protein code in flies is 44 percent identical to comparable ones in humans. Indeed, the researchers demonstrated that the mammalian genes can substitute for the function of the fruit fly protein. “We are very intrigued by the possibilities this opens up. Atossa could be of key importance for upregulating energy production. In immune cells, this is relevant for example in antibody production and the specification of white blood cells. Atossa-like proteins are also found in brain cells. Here, defects have been shown to underlie neurodegenerative diseases,” says Siekhaus, pointing to future research avenues.

The legacy of an Iranian woman

“Fly work is the premiere place to nail down complicated genetic mechanisms and identify new things. It takes enormous courage and great cleverness to analyze something completely unexplored. To me, Shamsi’s work, proving every step of the cascade, is an example of the best science you can do in this field,” Siekhaus lauds the Iranian, who has joined her laboratory in 2015. Shamsi Emtenani adds: “I looked at this specific gene out of curiosity. The exciting thing is: If you are the first one that discovers a gene’s function in the fruit fly field, you get the chance to name its protein.”

Formerly indexed as CG9005, Emtenani named the protein Atossa. Since the pioneer cells move in a line, one by one, almost like a stream of water, she chose the name of a Persian queen from the Achaemenid Empire. “Atossa literally means ‘trickling’ and it connects to my background. It seemed fitting as well for a queen who commands three proteins – one of them a musketeer – responsible for making cells invade new territories.”

Information on animal studies:
In order to better understand fundamental processes, for example, in the fields of neuroscience, immunology, or cancer research, the use of animals in research is indispensable. No other methods, such as in silico models, can serve as alternative. The animals are raised, kept, and treated according to the strict regulations of Austrian law. All animal procedures are approved by the Federal Ministry of Education, Science and Research.