Technical textiles in the Neolithic: DITF laboratory researches the use of lime bast and flax 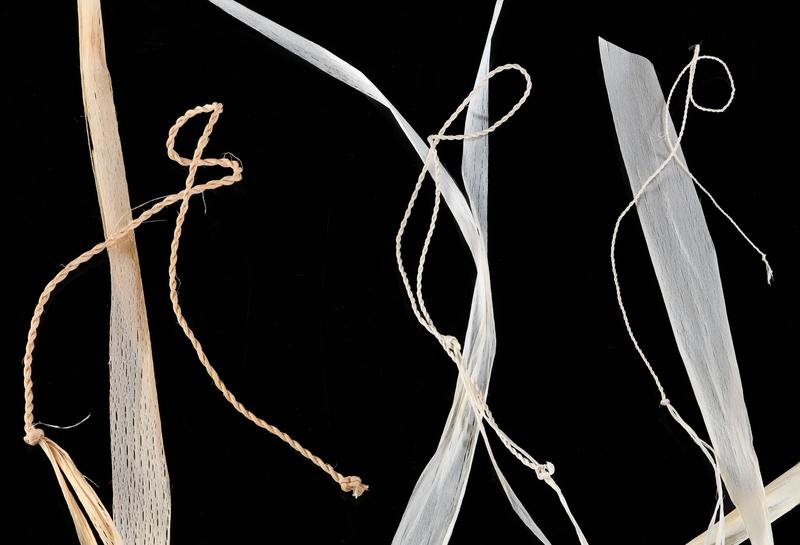 The beginnings of textile manufacturing date back more than 30,000 years. Not only clothing, but also technical textiles were made from sometimes surprising materials. More than 2,500 textile fragments from pile dwelling settlements at Lake Constance and Upper Swabia were the basis for a large research project investigating prehistoric textile crafts. The German Institutes for Textile and Fiber Research Denkendorf (DITF) were responsible for material testing using modern analytical methods.

When people became sedentary, they intensified the cultivation of the linen plant as a source of oil and fiber. Its fine threads were used for fishing nets and various plant materials, especially bast from the linden bark, were processed into ropes, baskets, sieves, bags, backpacks or served as weather protection. Archaeological finds show how professional the use of this tree bast was already at that time. Different manufacturing techniques, the selection of plant parts, their preparation and processing allowed the production of two- and three-dimensional textiles with any function. The textile fiber flax could not compete with the properties of linden bast, at least in the Neolithic period. What were the properties that made flax so attractive for pitch nets? It was suspected that the long-fibered nature of flax fibers, which was also present in ancient linen varieties, was not the only reason.

This question was investigated as part of the collaborative project THEFBO (thefbo.de), which was funded by the German Federal Ministry of Education and Research (BMBF). The textile archaeology department of the Landesamt für Denkmalpflege in Baden-Württemberg (LAD) coordinated the research project under the direction of Dr. Johanna Banck-Burgess.
The samples were made by Hildegard Igel, a professional hand spinner and weaver. For this purpose, threads were spun from fiber flax and spliced from lime and willow bast. Splicing here means making the threads without any devices. While spinning lime bast with the aid of a hand spindle was hardly possible, bast can be spliced well. These samples were subjected to extensive material testing at the DITF's Test Technologies Service Center. Here, among other things, the fiber length and fiber fineness as well as the twist fineness were determined, various tensile tests in dry and wet condition were carried out and the water absorption capacity was determined.

It was found that the thread quality varied greatly, primarily due to natural conditions and the preparation of the bast. A decisive factor for the quality of the threads was also the "human factor", which can rarely produce consistent quality regardless of how the threads were produced. In contrast, modern materials and manufacturing processes are comparable with each other and highly standardized. Therefore, the analysis values and photo documentation did not provide a basis for statistical evaluation - and this was independent of the number of samples examined.

"In everyday life, when testing modern materials, we are not confronted with such conditions" explains Matthias Schweins, head of the Testing Technologies Service Center at DITF. "The task in the project was therefore not only challenging, but extremely appealing." Nevertheless, the research work was not in vain. It provides valuable information about characteristics and properties of raw materials in terms of their tensile strength, water absorption capacity or weathering resistance. Flax, for example, was probably so popular for the production of gillnets because it was easy to spin and the required large quantity of plied yarn could be produced more quickly. Also, because of the high water absorption capacity of flax, the nets were more stable standing upright in the water than comparable nets made of lime bast.