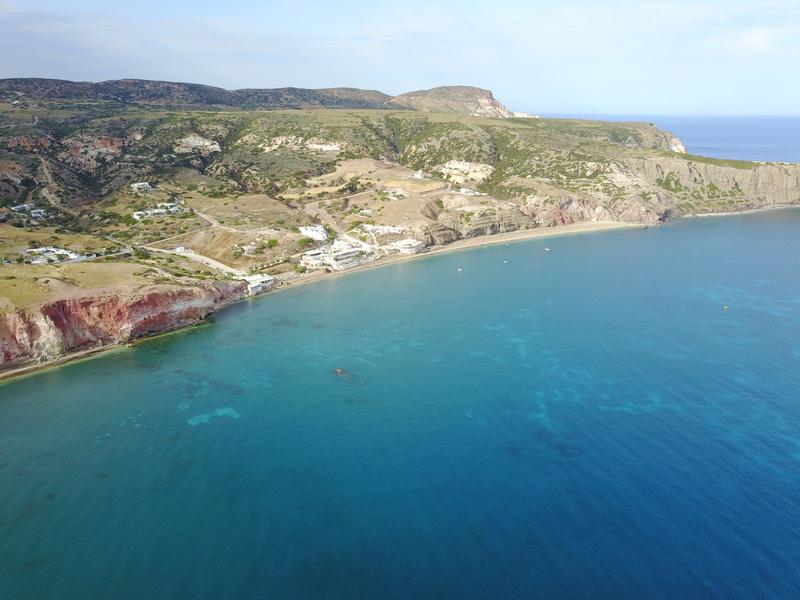 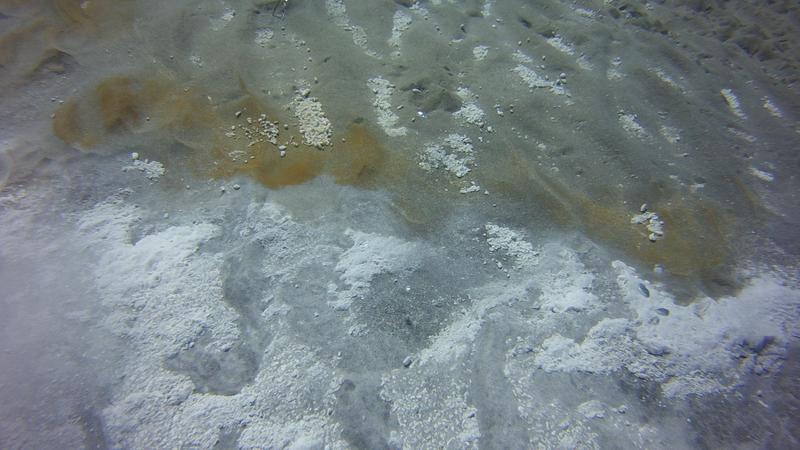 Regardless of the water depth at which they occur, hydrothermal vents are an extreme habitat. The microbial communities that live here adapt to this environment and use the energy sources it provides, which can be seen as a kind of hydrothermal catering. For the first time, Dr. Solveig Bühring of MARUM – the Center for Marine Environmental Sciences at the University of Bremen and Dr. Stefan Sievert of the Woods Hole Oceanographic Institution (USA), together with their team, have developed an innovative way to investigate the near-coastal microbial communities and their metabolism directly in their environment. Their study has been published in the professional journal Communications Earth & Environment, a Nature Portfolio journal.

Hydrothermal vents in the deep sea are well-known oases of life. Many living creatures thrive there, benefiting from the nutrient-rich fluids that are commonly the only source of energy. The occurrence of hydrothermal systems is not limited to the deep sea, however, but they are also found in nearshore shallow waters where submarine volcanic activity is present. As in the deep sea, hot water rises up through the sediments and into the water column here, enriching the water in materials dissolved from the Earth’s interior. As an example, near-coastal hydrothermal systems are present off the Greek island of Milos, which is the study area of the investigating authors. Here the scientists have no need of expensive technology like submersible vehicles for taking samples or the installation of observatories. The study area is within snorkeling distance of the coast.

Here, microbes use the process of chemosynthesis to obtain energy from inorganic chemical compounds and to transform carbon dioxide into biomass. At hydrothermal vents in the deep sea this is the basis of the symbiosis between bacteria and animals.

In order to study the microorganisms and their mechanisms of chemical metabolism, Solveig Bühring of MARUM and Stefan Sievert of the Woods Hole Oceanographic Institution (WHOI) tried, with the help of their team, to recreate the living conditions of the microorganisms in the laboratory – with moderate success. Because of the low rates of metabolism they observed here, the team decided to install incubators directly on the sea floor in order to study the microbial community within the natural system of hydrothermal fluid circulation. The incubators used by the scientists are the same as those that are actually installed by submersible vehicles in hundreds of meters of water. With this method, Sievert, Bühring and their co-authors established a new procedure for studying the microbiology of shallow-water systems.

“Instead of diving robots, we were able to carry out our experiments directly in the sediment. First, we installed the incubators, a kind of pipe that is open on both ends. These became the points of exchange between the oxygen-rich seawater and the sulfide-containing hydrothermal fluids that are flowing upward,” explains Stefan Sievert.
Using the incubators, labeled carbon dioxide injected into the sediment and its uptake in microbial fatty acids, in conjunction with DNA and RNA methods, reveal which members of the microbial community are the primary fixers of carbon. The ways in which the microbial communities change under new conditions was also studied, for example, when the circulation of hydrothermal fluids is cut off.

“We noticed that the community is extremely dynamic. As soon as the circulation of hydrothermal fluids was interrupted, the rates of carbon fixation declined and the microbial composition altered to a community resembling that of a regular, non-hydrothermally influenced coastal sedimentary environment. We were very surprised that this adaptation occurred within hours,” says Bühring.

Solveig Bühring summarizes: “Our work is relevant because shallow-water systems impact the coasts and therefore, as in Milos, also influence the environments in which people live.” The fluids contain materials that are potentially hazardous for humans, such as hydrogen sulfide, which is transformed into harmless sulfur and sulfate by the chemosynthetic activity of the microorganisms. The results obtained by Sievert and Bühring also represent a building block in our understanding of the chemosynthetic functions in marine systems, their impacts on the environment, and the global carbon cycle.

In general, Bühring and her colleagues are interested in gaining a better understanding of microorganisms. The importance of this is illustrated by a recent example in which knowledge from microbiology has been applied. The procedure used in PCR testing in the Corona pandemic is based on heat-stable enzymes derived from microorganisms isolated from shallow-water hydrothermal systems.

In the coming year, Bühring and her colleagues will continue to work on the hydrothermal systems off Milos. An expedition with the Research Vessel METEOR is planned for the summer of 2023. Its objective is to identify vents at a variety of different water depths and to fill the gaps in understanding between hydrothermal systems near the coasts and those in the deep sea.

MARUM produces fundamental scientific knowledge about the role of the ocean and the seafloor in the total Earth system. The dynamics of the oceans and the seabed significantly impact the entire Earth system through the interaction of geological, physical, biological and chemical processes. These influence both the climate and the global carbon cycle, resulting in the creation of unique biological systems. MARUM is committed to fundamental and unbiased research in the interests of society, the marine environment, and in accordance with the sustainability goals of the United Nations. It publishes its quality-assured scientific data to make it publicly available. MARUM informs the public about new discoveries in the marine environment and provides practical knowledge through its dialogue with society. MARUM cooperation with companies and industrial partners is carried out in accordance with its goal of protecting the marine environment.