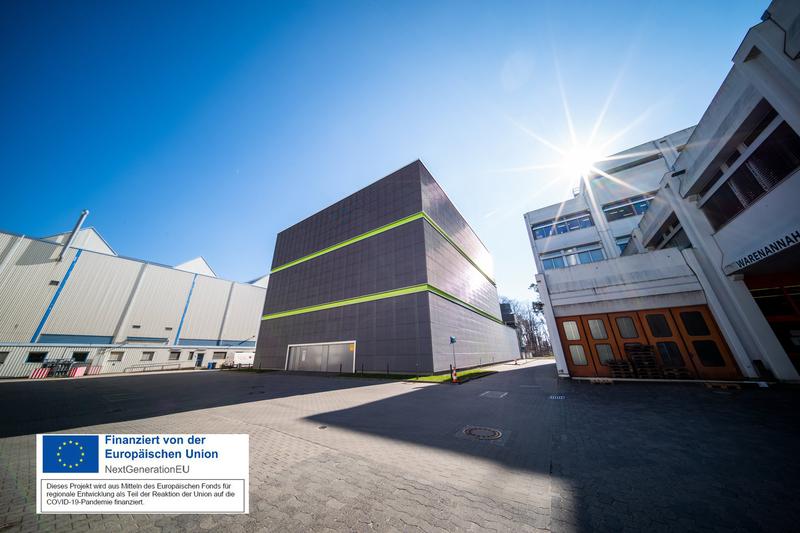 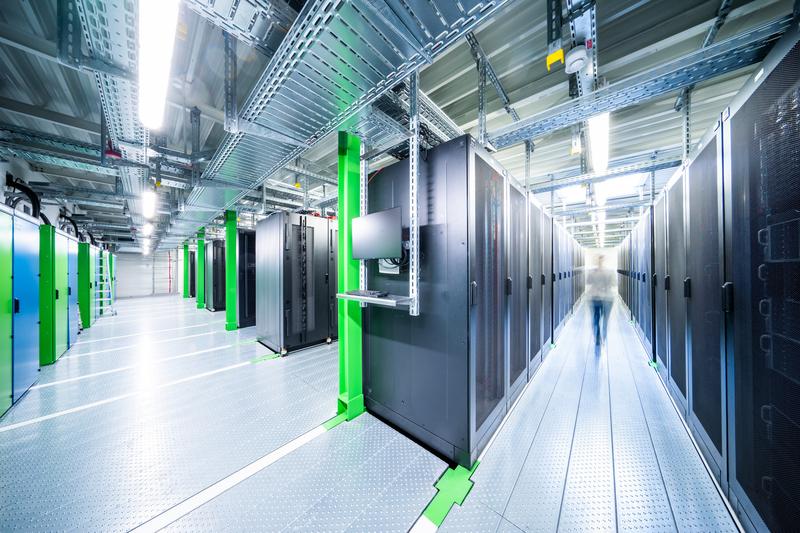 The joint supercomputing center Green IT Cube of GSI Helmholtzzentrum für Schwerionenforschung and the Facility for Antiproton and Ion Research (FAIR) in Darmstadt will be expanded into a research and transfer center focusing on "Water Cooling of Mainframe Computer Systems". For this purpose, GSI receives project funding of 5.5 million Euros from the REACT-EU program.

With the Green IT Cube, GSI and FAIR have a very energy-efficient and sustainable data center, whose technology is based on the cold water cooling of the computer racks and the reuse of the dissipated heat. As a result, the energy used for cooling is equivalent to less than seven percent of the electrical power used for computing, instead of 30 to 100 percent as is the case in traditional data centers with air cooling. Originally envisioned as an environmentally friendly solution to house the computing capacity for the FAIR accelerator which is currently under construction, the facility has since attracted significant interest from a wide range of research and industrial sectors.

“The funding will enable research and development projects on a more sustainable operation of data centers, also together with industrial partners, and to exploit synergies. The partners will contribute their know-how and innovation potential,” says Professor Paolo Giubellino, the Scientific Managing Director of FAIR and GSI. “The expansion also allows partners from the scientific environment to use our data center space for their own research work. Just a few days ago, the Hessian Ministry for Digital Strategy and Development announced that the Hessian Center for Artificial Intelligence hessian.AI will use the space in our data center to establish an AI innovation lab.”

The project funds are part of the REACT-EU (Recovery Assistance for Cohesion and the Territories of Europe) program, which the European Commission distributes through the German federal states. Funding is provided for projects on direct Covid 19 pandemic response and for furthering sustainability. The state of Hesse is using the funds, among other things, to expand research and infrastructure facilities at universities and non-university research institutions. “This is a grant with an extremely small own contribution, but the funds must be spent in a relatively short period of time,” explains Dr. Arjan Vink, head of the GSI/FAIR Grant Office.

By the end of the year, two available floors of the Green IT Cube will be equipped with the necessary power and water cooling supplies, and one of these floors will be equipped with a total of 128 racks. Interested partners, such as hessian.AI (via the Technical University of Darmstadt), can then install their computer systems in the racks and operate them on the GSI/FAIR campus. A similar agreement already exists with Darmstadt University of Applied Sciences, which uses several of the existing racks. Negotiations have already begun with other interested parties.

In order to begin communication with interested partners, the Digital Open Lab has been established by the Technology Transfer staff unit of GSI and FAIR as an environment for developping, testing and upscaling of energy-efficient high-performance computing to the scale of industrial demonstrators. It offers partners the infrastructure and in-house IT expertise for joint development projects, access to GSI/FAIR high-performance computing systems and rack space for their own systems, and it provides a living lab dedicated to future research and development projects and to the provision for third-party funded projects.

Funding for the Green IT Cube in particular can help strengthen future technologies and provide the infrastructure to increase innovation potential. Funding will also enable the procurement and testing of novel, as yet little-established systems that could enable particularly sustainable data center operations with low energy consumption. Research and development on such systems aims at contributing to efficient and energy-saving computing clusters in the future.

Originally, scientists use the Green IT Cube to perform simulations and develop detectors for FAIR. They also analyze measurement data from experiments at GSI's accelerator facilities and, in the future, at FAIR, which are used to gain fundamental insights into the structure of matter and the evolution of the universe. The efficient cooling process makes allows the placement of the computers in the Green IT Cube in a space-saving manner. At present, two of the six floors are equipped with a maximum cooling capacity of four megawatts. When completed, the Green IT Cube will be able to achieve a cooling capacity of twelve megawatts. Due to saving energy and space, it is very cost-efficient. In addition, the waste heat of the Green IT Cube’s servers is already being used to heat a modern office and canteen building on the GSI/FAIR campus. The high-performance concept has already won several awards for innovation and environmental friendliness, including the Blue Angel eco-label of the German government.

REACT-EU funding notice: This project is funded by the European Regional Development Fund as part of the Union's response to the COVID-19 pandemic