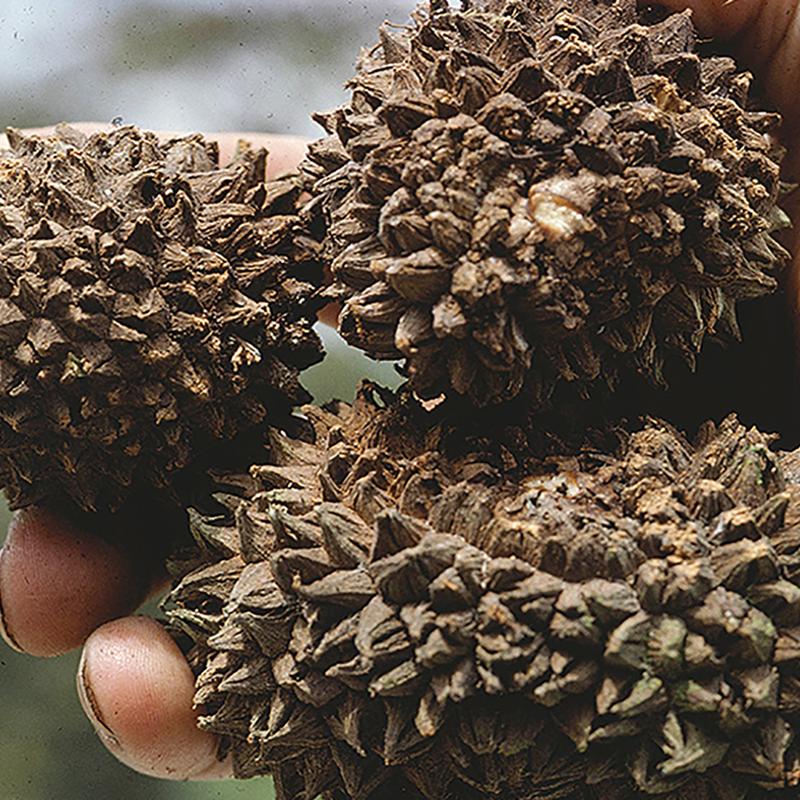 Leipzig, Amsterdam, Zurich. The absence of large herbivores after the extinction of the dinosaurs changed the evolution of plants. The 25 million years of large herbivore absence slowed down the evolution of new plant species. Defensive features such as spines regressed and fruit sizes increased. The research led by the German Centre for Integrative Biodiversity Research (iDiv) and Leipzig University has demonstrated this using palm trees as a model system. The study has been published in the journal Proceedings of the Royal Society B. It provides a view of the geological past and, at the same time, promotes a better understanding of the consequences of current extinction processes.

With the extinction of large, non-flying dinosaurs 66 million years ago, large herbivores were missing on Earth for the subsequent 25 million years. Since plants and herbivorous animals influence each other, the question arises whether, and how this very long absence and the later return of the so-called "megaherbivores" affected the evolution of the plant world.

To answer this question, a research team led by iDiv and Leipzig University analysed fossil and living palms today. Genetic analyses enabled the researchers to trace the evolutionary developments of plants during and after the absence of megaherbivores. Thus, they first confirmed the common scientific assumption that many palm species at the time of the dinosaurs bore large fruits and were covered with spines and thorns on their trunks and leaves.

However, the research team found that the "evolutionary speed" with which new palm species with small fruits arose during the megaherbivore gap decreased, whereas the evolutionary speed of those with large fruits remained almost constant. The size of the fruits themselves, however, also increased. So, there were palms with large fruits even after the extinction of the dinosaurs. Apparently, much smaller animals could also eat large fruits and spread the seeds with their excretions. “We were thus able to refute the previous scientific assumption that the presence of large palm fruits depended exclusively on megaherbivores,” says the study’s first author Dr Renske Onstein from iDiv and Leipzig University. “We therefore assume that the lack of influence of large herbivores led to denser vegetations in which plants with larger seeds and fruits had an evolutionary advantage.”

However, the defence traits of the plants; spines and thorns on leaves and stems, showed a different picture: the number of palm species with defence traits decreased during the megaherbivore gap. “Defence traits without predators apparently no longer offered evolutionary advantages,” says Onstein, who heads the junior research group Evolution and Adaptation at iDiv. “However, they returned in most palm species when new megaherbivores evolved, in contrast to the changes in fruits, which persisted.”

With their work, the researchers shed new light on evolution and adaptation during one of the most enigmatic and unique periods in the history of plant evolution, during and after megaherbivore extinctions. Understanding how megaherbivore extinctions affected plant evolution in the past can also help predict future ecological developments. For example, the authors have noted the loss of traits during the megaherbivore gap. This loss can affect important ecosystem functions and processes, such as seed dispersal or herbivory. The ongoing extinction of large animals due to human hunting and climate change may thus also affect trait variation in plant communities and ecosystems today and in the foreseeable future.