Simulating the Machinery of Life 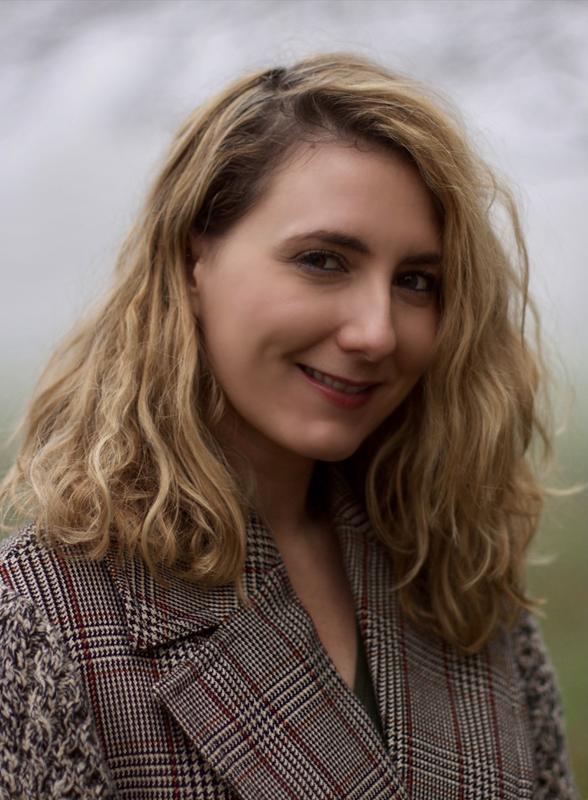 Every cell in our body is an immensely complex collection of biological machines that science still does not fully understand. In 2022, Assistant Professor Anđela Šarić and her team joined the Institute of Science and Technology Austria (ISTA) to study the machinery of life in our cells. They use computer models based on molecular physics to computationally simulate intricate processes like cell division.

ISTA: Biological systems like the human body are incredibly complex. Which parts of this machinery do you study and why?

Anđela Šarić: We currently focus on the unit of life – the cell – and on cell division as a key process of life. Cell division gives rise to the propagation of life. Across the all kingdoms of life, which includes small organisms like bacteria all the way to animals and humans, cell division takes place and there are only a handful of ways how to divide a cell and all of them work slightly differently. I look at cell division as a physical process. How do you take a soft cell – basically a droplet of thick fluid – and divide it into two pieces? And how do you do it reliably over and over and over again?

ISTA: Let's imagine being shrunk down into a single cell in the human body. What would we see during cell division?

Anđela Šarić: We would all like to know! So overall, we know what the end product is and we know the initial stage. First, you have one messy beautiful droplet and then you have two. However, the process in the middle is very complicated. Across all kingdoms of life, you have proteins which self-organize into filaments. The proteins bind to each other forming strings that then somehow wrap themselves around the belly of the cell from the inside. This is a simple image, but of course, this process has lots of regulators and additional players that make sure it happens at the right place and at the right time, without errors. They also make sure that the two cells in the end are often roughly equal. People often like to imagine things in perfect order and very symmetrical, but life is actually kind of messy. That is what allows it to be resistant and responsive to many sorts of external influences.

ISTA: You are not only studying current biological systems, but you are also looking into their evolutionary history. How do you go back in time to see earlier stages in evolution?

Anđela Šarić: Together with our collaborators, the Baum group at LMB in Cambridge, we look at evolutionary older cells. These cells are still live today but have evolved before our cells. Lots of our machinery of life has its origins in those old cells, in particular cell division. Newer types of cells have a large number components that can all bind to each other in various ratios and forms. In the older cells, the number of components is typically much smaller, which makes it easier to study and model, while the core physics of the process was still the same. Over billions of years of evolution, this machinery became more complex and versatile in evolutionary newer cells, but it is still doing the same job. This way, by studying the simpler processes in the older cells, we can gain new insights about our own cells.

ISTA: If the biological machinery in our body fails, this can lead to diseases like Parkinson's and Alzheimer's disease. How do your models help us understand them?

Anđela Šarić: The machinery of life works by constantly assembling and disassembling structures that make us alive. In such pathologies, unwanted structures form and stay around creating problems. We can create models that recreate this problem: we look at how such structures form, how they spread, and then compare our results to experiments to better understand the physics behind the diseases.

ISTA: Creating a model of a real world phenomenon always requires the scientists to make some simplifications. How do you build your models and deal with their limits?

Anđela Šarić: In my mind, every model is and should be a simplification. That's the definition of a model and that’s how it becomes useful. We simply cannot include all the ingredients, forces, and parameters of a complex phenomenon into our minds or a model, especially when many of those might not be important for the particular behavior we're interested in. Our philosophy is to find a minimal model that can reproduce the complexity that we see in nature, to identify only the key components and driving forces, and to make predictions. Even in all this messiness of life, if you change one particular force that is important, you should see a response which then tells you about how the machine works.

ISTA: Natural sciences are based on the dialogue between theory and experiment – one informs the other. How do you collaborate with experimentalists and what kind of feedback do you get from them?

Anđela Šarić: In our work, collaborating with experimentalist is absolutely crucial. It is fascinating how great of an intuition for physics of life experimental biologists can have. We try to build models from minimal ingredients based on our discussions with them and then see whether we get the behavior that they observe in nature. We go back and forth on what might be missing in the model, what we can ignore and what we need to add.

ISTA: You originally started out as a chemist. What brought you to biology?

Anđela Šarić: What brought me here were the interesting questions. Nature doesn’t care how we decided to partition science into fields a long time ago, what we now call chemistry, physics, or biology. From my undergrad studies, the most fascinating thing I remember was the beautiful machine called ATP synthase. This produces energy for the cells in our body somehow braving messy temperature fluctuations. At the time, I was curious to understand this process and then I realized the whole cell is built out of structures like that. I want to know how all this works. Coming from a background in chemistry, I moved into soft matter physics, then into biological physics, following the questions that originally sparked on my curiosity for science.

ISTA
The Institute of Science and Technology Austria (ISTA) is a PhD-granting research institution located in Klosterneuburg, 18 km from the center of Vienna, Austria. ISTA employs professors on a tenure-track system, postdoctoral fellows, and doctoral students. While dedicated to the principle of curiosity-driven research, the Institute owns the rights to all scientific discoveries and is committed to promoting their use. The first president of ISTA is Thomas A. Henzinger, a leading computer scientist and former professor at the University of California in Berkeley, USA, and the EPFL in Lausanne, Switzerland. He will be followed by Martin Hetzer in 2023. The graduate school of ISTA offers fully funded PhD positions to highly qualified candidates with a bachelor's or master's degree in biology, mathematics, computer science, physics, chemistry, and related areas. www.ista.ac.at