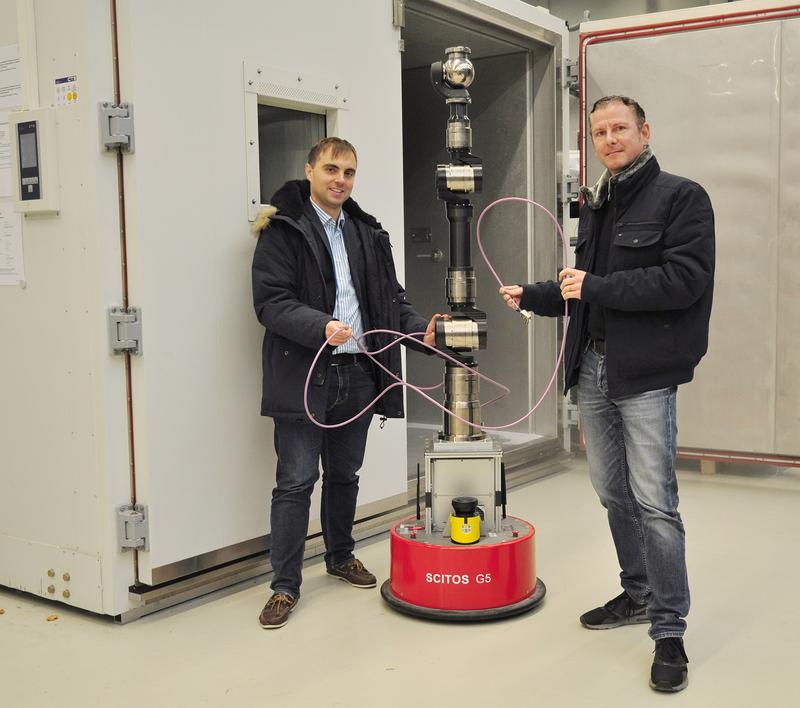 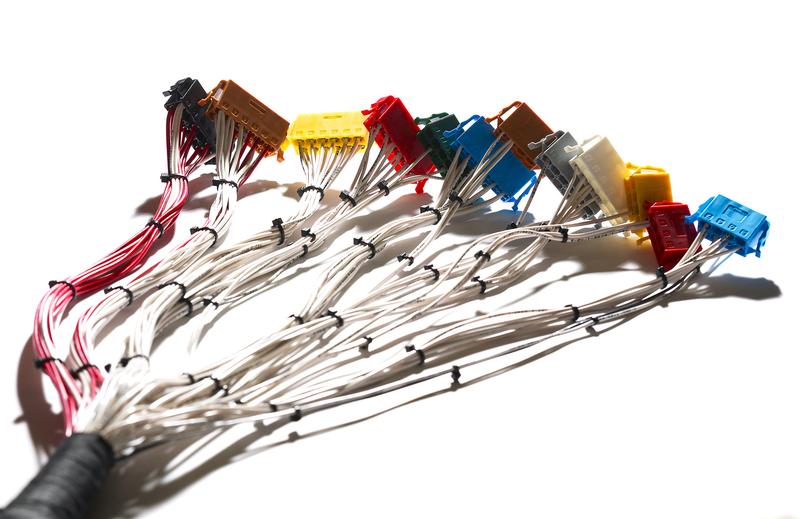 Cable harnesses are among the few parts that still have to be manufactured or processed by hand, especially in automotive and consumer goods production. The supply shortage of cable harnesses could now make a process developed by researchers at Karlsruhe University of Applied Sciences attractive. This process makes automated production or assembly of cable harnesses possible by allowing industrial robots to be used flexibly and economically to produce cable harnesses.

Cable harnesses are among the few parts that still have to be produced or processed manually, particularly in the automotive and consumer goods production industry. Due to the shortage in supply of cable harnesses, a process could now become attractive which researchers at the Karlsruhe University of Applied Sciences have developed. This process makes it possible to automate the production and assembly of cable harnesses by flexibly and economically using industrial robots for the manufacturing of cable harnesses.
In the past, a cable harness was made up of just a few wires that had to create, for example, a connection from the battery to the starter. Today, however, they are highly complex wiring strands weighing up to 60 kg and with an overall length of several kilometers. Cable harnesses are not only used in cars, however, but are also required for control cabinets as well as the so-called white and brown goods, i.e. for household appliances and consumer electronics.

Smaller cable cross sections and the smallest possible switch sizes make it increasingly difficult to manufacture cable harnesses manually. Until now, the individual cables have been laid on a cable board and bent in certain directions or connected together. Automation is difficult because previous gripper systems were not able to grip flexible cables which were not precisely placed or to connect plugs.

The pressure to automate production is becoming increasingly relevant for a number of reasons: On the one hand, the cable harnesses could be more individually adapted to the respective requirements on site by means of a robotic system. On the other hand, the cable cross sections, the plugs and the connectors have become so small that manual processing is difficult and time-consuming. Even the quality control, which up to now had been carried out visually or by pulling on the cable, is hardly possible with very small components.

The relationship between force and shaping is clearly defined and linear in the flexurally rigid state. Once the flexurally rigid state is reached by freezing the wires, industrial robots come into play to form the wires and fix them to laying arrangements characterized by controllable movable and temperature-controlled pins. Cooling can take place in a cooling area or by means of cooling jaws – i.e. a microclimate. It is therefore conceivable that the gripper jaw of the industrial robot could contain heating and cooling elements.
The cables are heated locally at the bending point so that the insulation is not irreversibly damaged during shaping. They are then immediately cooled down to stabilize the bend. The robot arms can then align the next cable section using a predefined force. What makes it particularly interesting is that cables can now also be inserted through plug walls during the assembly process without them buckling.

The basis for a prototypical implementation has been set, it is now about industrial applications.
The new process enables automation in the field of cable harness production with high customer-specific variance and flexibility through cooling. The cable harness can be produced to the precise specifications shortly before it is required and is then available precisely at the time of assembly. This means that delivery times of several weeks – as was previously the case – no longer need to be planned.

Thus, in the same way, the procedure can be integrated into production processes that are to be optimized with regard to lean production. The benefits of the process are a significant reduction in production times as well as better predictability and shortening of the supply chain, since production can be relocated back to industrialized countries due to the cost optimization generated through automation. This also has a positive impact on quality assurance. In addition, throughput time can be reduced because required cable harnesses do not have to be ordered long in advance.

If the cable harness can be manufactured through automation within the production run, a so-called one-piece-flow is also possible, which in turn increases flexibility.
Patents for the invention were granted in Germany and in several European countries. Technologie-Lizenz-Büro (TLB) GmbH supports Karlsruhe University of Applied Sciences in patenting and marketing its innovation. TLB has been commissioned by the university with the global business implementation of this pioneering technology and offers companies possibilities to license or purchase the patents.