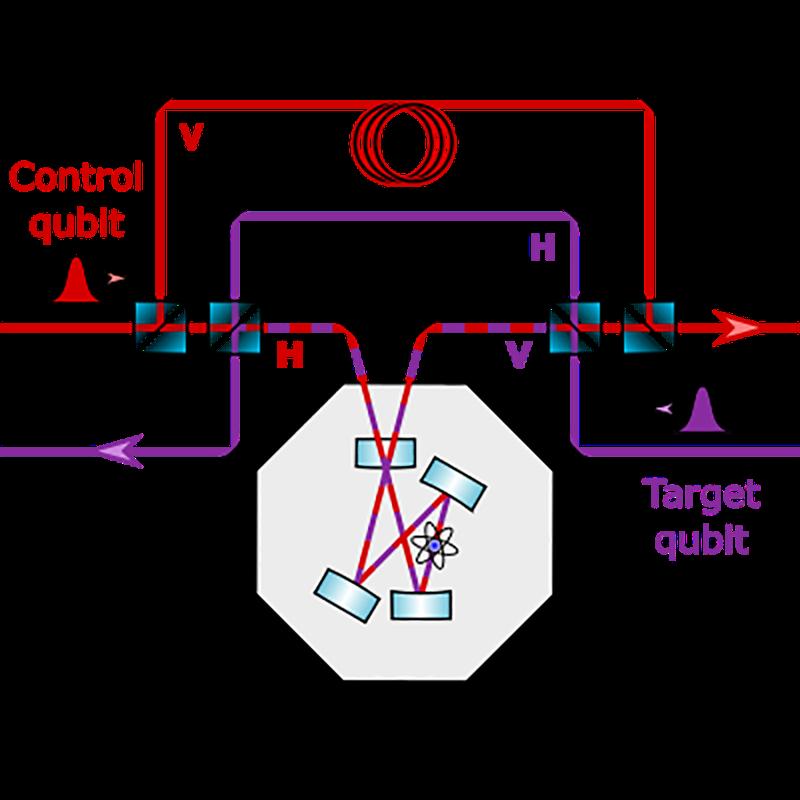 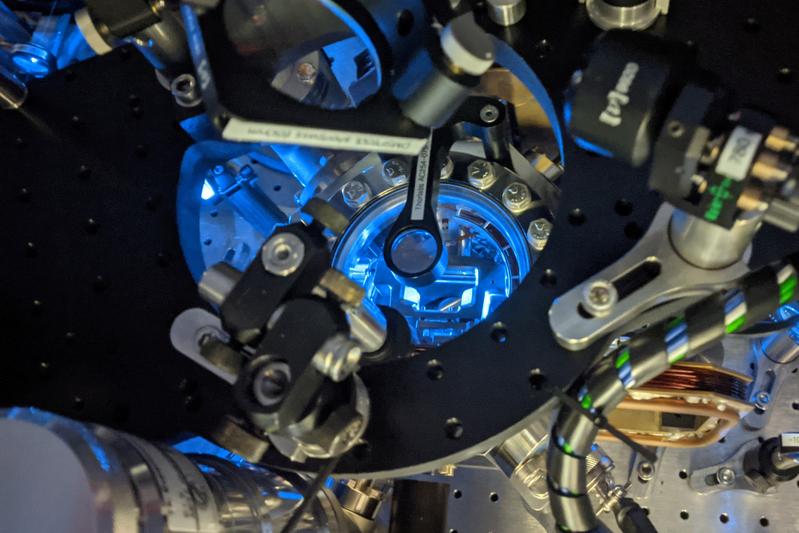 Future quantum computers are expected not only to solve particularly tricky computing tasks, but also to be connected to a network for the secure exchange of data. In principle, quantum gates could be used for these purposes. But until now, it has not been possible to realise them with sufficient efficiency. By a sophisticated combination of several techniques, researchers at the MPQ have now taken a major step towards overcoming this hurdle.

For decades, computers have been getting faster and more powerful with each new generation. This development makes it possible to constantly open up new applications, for example in systems with artificial intelligence. But further progress is becoming increasingly difficult to achieve with established computer technology. For this reason, researchers are now setting their sights on alternative, completely new concepts that could be used in the future for some particularly difficult computing tasks. These concepts include quantum computers.

Their function is not based on the combination of digital zeros and ones – the classical bits – as is the case with conventional, microelectronic computers. Instead, a quantum computer uses quantum bits, or qubits for short, as the basic units for encoding and processing information. They are the counterparts of bits in the quantum world - but differ from them in one crucial feature: qubits can not only assume two fixed values or states such as zero or one, but also any values in between. In principle, this offers the possibility to carry out many computing processes simultaneously instead of processing one logical operation after the other.

"There are various ways to physically implement the concept of qubits," says Thomas Stolz, who has been undertaking research on the fundamentals of quantum computers at the Max Planck Institute of Quantum Optics (MPQ) in Garching. "One of them is optical photons." And in their research, Stolz and his colleagues in the team led by Dr. Stephan Dürr and MPQ director Prof. Dr. Gerhard Rempe also relied on such light particles from the visible spectral range. "One advantage of photons as information carriers in a quantum computer is their low interaction with each other and with the environment," explains Stolz. "This prevents the coherence, which is necessary for the existence of qubits, from being quickly destroyed by external disturbances." In addition, photons can be transported over long distances, for example in an optical fibre. "This makes them a particularly promising candidate for building quantum networks," says Stolz: connections of several quantum computers over which encrypted data can be transmitted unconditionally securely - and reliably protected against eavesdropping attempts.

The basic components of a quantum computer - and thus also of a quantum network - are quantum gates. They correspond in their mode of operation to the logic gates used in conventional computing machines, but are tailored to the special properties of qubits. "Quantum gates for qubits implemented in trapped ions or superconducting materials are currently the most technically advanced," explains Stephan Dürr. "However, realising such an element with photons is much more challenging." Because in this case, the advantage of weak interactions turns into a tangible disadvantage. For, in order to be able to process information, the light particles must be able to influence each other. The researchers at the MPQ have shown how this can be effectively achieved in a paper, which has now been published in the renowned open-access journal PRX.

Previous attempts to realise quantum gates that link two photons to one another have only been partly successful. They mainly suffered from their low efficiency of, at best, 11 percent. This means that a large fraction of the light particles, and thus also of the data, are lost while being processed in the quantum system - a shortcoming especially when numerous quantum gates are to be connected consecutively in a quantum network and losses add up as a result. "In contrast, we have succeeded for the first time in realising an optical two-qubit gate with an average efficiency of more than 40 percent," reports Stephan Dürr - almost four times the previous record.

Ultracold atoms in a resonator

"The very basis for this success was the use of non-linear components," explains Stolz. They are contained in a novel experimental platform that the team at MPQ developed specifically for the experiment and installed in the lab. In doing so, the researchers were able to build on their experience from previous work they had published in 2016 and 2019. One finding from this was that it is useful for information processing with photons to use a cold, atomic gas in which a few atoms are highly excited energetically. "The atoms mediate the necessary interaction between the photons," Stolz explains. "However, previous work has also shown that the density of the atoms must not be too high, otherwise the coded information is quickly erased by collisions between the atoms." Therefore, the researchers now used an atomic gas with a low density, which they cooled to a temperature of 0.5 microkelvin - half a millionth of a degree above absolute zero at minus 273.15 degrees Celsius. "As an additional amplifier for the interaction between the photons, we placed the ultracold atoms between the mirrors of an optical resonator," Stolz reports.

This led to the success of the experiment, in which the quantum gate processed the optical qubits in two steps: A first photon, called control photon, was introduced into the resonator and stored there. Then, a second photon, called target photon, entered the setup and was reflected from the resonator mirrors - "the moment when the interaction took place", emphasises Stolz. Finally, both photons left the quantum gate - together with the information imprinted on them. In order for this to work, the physicists used another trick. This is based on electron excitations of the gas atoms to very high-energy levels, called Rydberg states. "This causes the excited atom - in the classical picture - to expand immensely," explains Stolz. It reaches a radius of up to one micrometre - several thousand times the normal size of the atom. The atoms in the resonator that are inflated in this way then make it possible for the photons to have a sufficiently strong effect on each other. This, however, initially only causes a phase shift. In addition, the light is split into different paths that are later superimposed. Only the quantum mechanical interference during this superposition turns the phase shift into a quantum gate.

The experiment was preceded by an elaborate theoretical analysis. The MPQ team had specially developed a comprehensive theoretical model to optimise the design process of the new research platform. Further theoretical investigations show ways in which the researchers hope to improve the efficiency of their optical quantum gate in the future. They also want to find out how the quantum gate can be scaled up to larger systems - by processing numerous qubits simultaneously. "Our experiments so far have already shown that this is possible in principle," says Gerhard Rempe, Director of the group. He is convinced: "Our new findings will be of great use in the development of light-based quantum computers and quantum networks."