When microbes fight over food 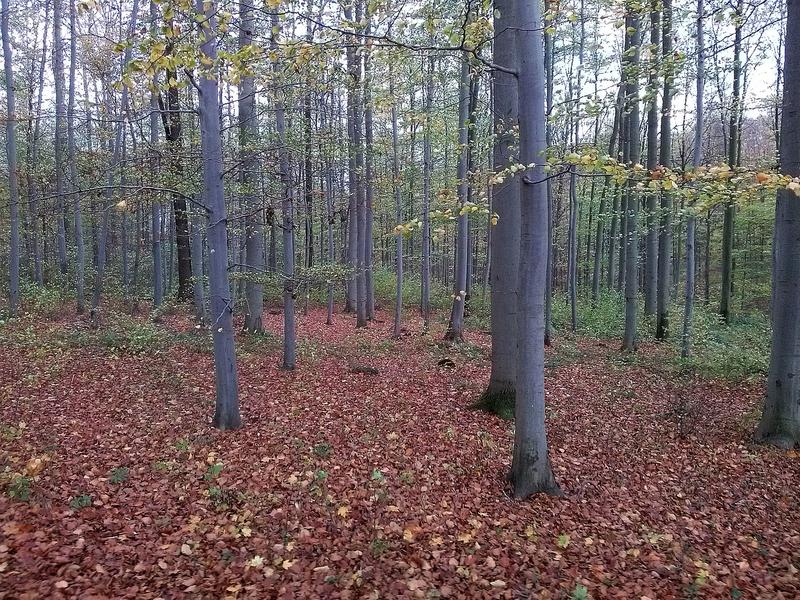 You can't see them with the naked eye, but our forest ground is littered with microorganisms. They decompose falling leaves, thereby improving soil quality and counteracting climate change. But how do these single-celled organisms coordinate their tasks? An international research team has been looking into this little-understood process. The researchers were able to show that, when decomposing plant litter, bacteria produce chemical compounds that control their competitors. This competition optimizes the distribution of tasks in the community: only the microorganisms that are well adapted to the food source and can fend off competitors will prevail.

The results of the study were recently published in Scientific Reports.

Small molecules with a big effect

In meadows and forests, the carbon cycle is driven by microbial communities decomposing and utilizing the annually falling leaves. This involves going through many different stages of decomposition. Different microorganisms can perform similar functions in this process. This concept of functional redundancy is based on genetically inherited traits that can become active, but can also remain unused. The active interactions between microorganisms and their food source, as well as among each other, are mediated by a large number of small molecules. When rain falls onto the litter layer in the forest, these molecules mix with natural substances derived from the environment. The result is a complex mixture that is known as dissolved organic matter in earth sciences. Due to its partially microbial origin, chemical analyses of its composition can provide information about active microbial metabolism. The team of researchers studied over 6000 organic molecules present in dissolved organic matter from litter of four different plant species and two different geographical locations.

"Even though we didn’t know the exact chemical structures of this large number of molecules yet, , we were able to group them according to their potential sources by using a network analysis,” explains the study’s first author, Dr. Simon Schroeter of the Max Planck Institute for Biogeochemistry. The resulting groups of molecules could be jointly annotated to functions in various metabolic pathways with the help of biochemical databases. Although the microbial communities showed, as expected, similar functionality, they nevertheless quickly adapted to the different litter types within only a few days. This suggests that decomposer community succession might depend stronger on overall adaptation and competitive fitness rather than individual functionality. "Our study provides a novel perspective on dissolved organic matter, focusing on its high importance for microbial metabolism," Schroeter continued, "a concept that could be referred to as the meta-metabolome."

The interactions of microorganisms and their food source need to be understood holistically on community-level. This analytical challenge cannot be solved based on the genetic potential of species alone. Therefore, this study combined DNA sequencing with protein and metabolite analyses. The data jointly indicated that there are active metabolic pathways that contribute to the biosynthesis of antibiotics. The secretion of inhibitory or even lethal antibiotics gives their producers a strong competitive advantage in the competition for their food sources. The researchers deduce that competition could be a major driver of adaptation processes within decomposer communities and result in its optimization. Consequently, the fight between microorganisms over food could be highly constructive and support species whose abilities are well adapted to the food source.

"Developing a holistic understanding of the functioning of microbial communities in the environment is a task that we can only solve through interdisciplinary cooperation," states the initiator of the study Prof. Dr. Gerd Gleixner. In this context, he refers to the national and international partners of the project, with their different but complementary scientific competences. "The exchange program for young scientists at our graduate school (IMPRS-gBGC) was a tremendous help," Gleixner adds.

This study is part of the Collaborative Research Centre AquaDiva of the Friedrich Schiller University Jena, funded by the Deutsche Forschungsgemeinschaft (DFG, German Research Foundation)—SFB 1076. Sampling took place at the AquaDiva research station in the Hainich National Park (Thuringia) and at the research station Gut Linde of the Zwillenberg-Tietz Foundation (Brandenburg). In addition to the Max Planck Institute for Biogeochemistry, working groups from the Friedrich Schiller University Jena (Prof. Küsel, Prof. Pohnert), the Helmholtz Centre for Environmental Research (Prof. von Bergen) and the University of Nantes (Prof. Eveillard) were involved in the study.