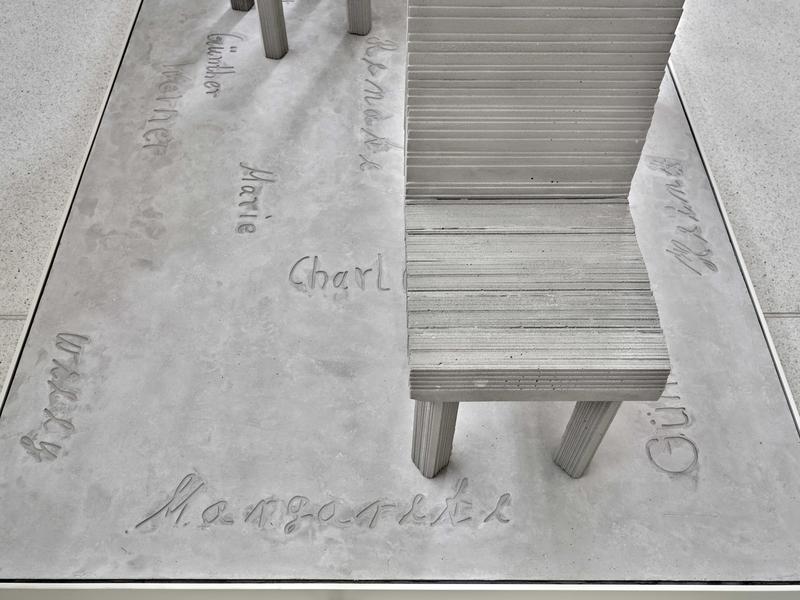 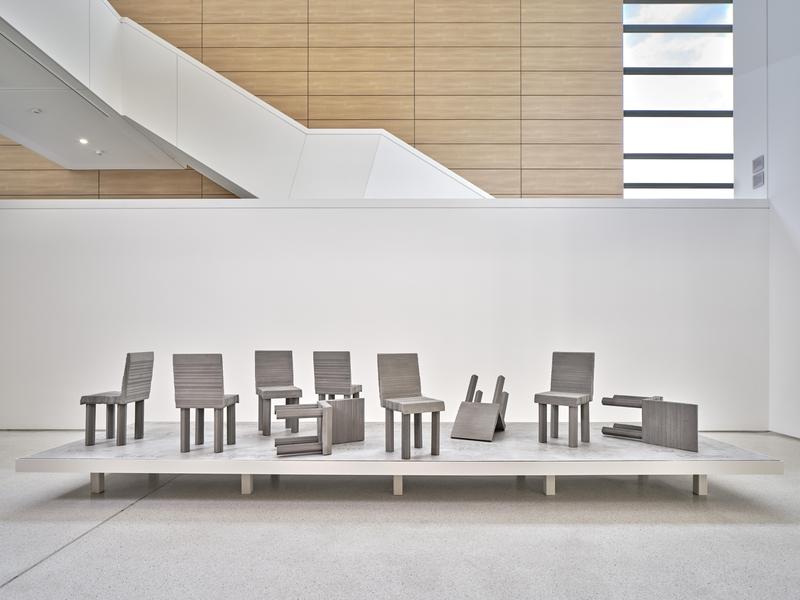 A memorial sculpture at the Max Planck Institute for Brain Research commemorates the tragic history of the predecessor institute during the Third Reich.

During the Third Reich, the Kaiser Wilhelm Institute (KWI) for Brain Research, then in Berlin-Buch, was the largest brain research institution in the world. Among its directors were Hugo Spatz and Julius Hallervorden, who took part in the taking of innocent lives, exploiting and promulgating the Nazi agenda. For many years, scientists used parts of the brains of these innocent victims, including those of cognitively disabled children for their research. On May 24, 2022, the current directors (Gilles Laurent, Erin Schuman, and Moritz Helmstaedter) and emeritus directors (Heinz Wässle and Wolf Singer) of the Max Planck Institute for Brain Research in Frankfurt inaugurated a memorial sculpture, called “Never Forget”. The memorial evokes the horrific memories of a particularly brutal October day in 1940, when 58 children were removed from their institution for the mentally-disabled and executed in the name of science.

In 1984, the journalist and historian Götz Aly revealed that brain tissue originating from 33 children murdered on October 28, 1940 under the instructions of Julius Hallervorden were, unbeknownst to the institute’s directors at the time, still held at the institute, located in Frankfurt since 1962. “We now know that, on that fateful October 1940 day, 58 children were sent to their death at Berlin's Brandenburg-Görden institution under Hallervorden’s supervision, and that the brains of at least 40 of them ended up in his histopathological collection”, says Laurent. All specimens were buried in Munich's Waldfriedhof on February 21, 1990.

“We decided to set up a memorial at today's Max Planck Institute for Brain Research to keep the memory of the atrocities committed alive so that history does not repeat itself”, says Laurent.

The memorial was commissioned to the world-renowned Atelier Goldstein in Frankfurt, an art studio for artists who are perceived as cognitively disabled. “Atelier Goldstein is the ideal collaborative partner because the studio's artists are people with special needs, a population group cruelly targeted by Hallervorden”, noted Laurent before passing the microphone to Christiane Cuticchio, director of Atelier Goldstein.

A picture of emptiness and desolation

“Never Forget is a picture of emptiness and desolation. It is the collection of nine children's chairs, arranged on a platform, in which the names of 38 of those children killed in Brandenburg-Görden are engraved. They are hard and awkward looking sharp-edged objects, nothing that invites one to sit on them”, shares Cuticchio. “Some are still standing, others are tilted, as if a child had been pulled away from them by force. Nothing to tell of child-like treatment, but to remind us of the daily torment and pain of those who were labeled "unworthy of life" by their tormentors.”

“For the children who were all murdered on October 28, 1940, a barren chair may have been something like the last stop in their short lives. A chair seemed appropriate as a symbol of their absence. An object of the utmost banality and commonplace, still there when what is most precious - the children - has been destroyed.”

The concept and realization of “Never Forget” were the responsibility of Christiane Cuticchio, Sven Fritz and Lutz Pillong. In collaboration with Lothar Zaubitzer and Lutz Pillong, a model of a chair was created from cardboard, which was later cast in concrete in nine copies at Studio Ostpool by Anselm Baumann and placed on the platform, also designed at Atelier Goldstein and realized by Baumann. The 38 names of the children killed were designed by Atelier Goldstein artists Dustin Eckhardt, Tina Herchenröther, Franz von Saalfeld, Markus Schmitz, Selbermann.

A reminder and warning

“The sculpture will serve as a warning and reminder to future scientists that there are ethical boundaries that must never, under any circumstances, be crossed. We hope that this memorial will, on the scale of this institute and institution, contribute to giving back some dignity to the victims of these crimes”, concludes Laurent.

The unveiling ceremony in the foyer of the Max Planck Institute for Brain Research was followed by an emotional flower ceremony. Forty employees, a majority of them students or postdoctoral fellows, of the MPI for Brain Research read the names of the children and for each child, laid down a unique flower on the memorial.

As of May 25, Never Forget can be publicly viewed in the Foyer of the Max Planck Institute for Brain Research (Max-von-Laue-Str. 4, 60438 Frankfurt am Main).

Anhang der PM
A flower ceremony was held during the inauguration of Never Forget on May 24, 2022 to commemorate each of the forty children killed in the name of science.
Instanz: