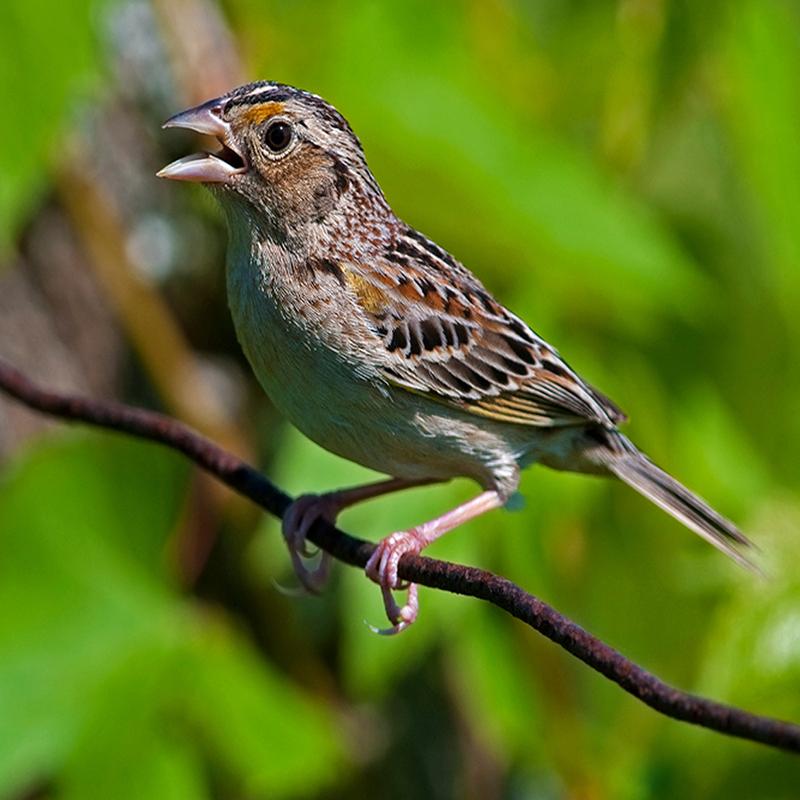 Leipzig/Halle/Seville. Some species of birds in North America have not fully adjusted their distributions in response to ongoing climate change. This trend of climate decoupling is more pronounced for habitat specialists and for species declining in abundance. These are the results of a study by the German Centre for Integrative Biodiversity Research (iDiv), Leipzig University, the Martin Luther University Halle-Wittenberg (MLU) and the Doñana Biological Station, now published in Nature Ecology & Evolution. Climate decoupling as a result of ongoing climate change may lead to additional stresses on many species of birds, and exacerbate population declines.

Climate change poses a number of challenges to plants and animals. For example, as the climate changes, appropriate climatic conditions for many species are changing, and some may disappear altogether. This can become even more severe as the climate is changing together with other human-caused changes, such as land use for agriculture or other uses. When there is increasing divergence between the climatic conditions suitable for a particular species and its abundance and distribution through time, this is known as climate decoupling. For example, the grasshopper sparrow (Ammodramus savannarum) lives in grasslands across North America and was once quite common in these habitats. However, because grasslands continue to be degraded or lost, this has hindered this grassland specialist species from fully adjusting to changing climatic conditions. Climate decoupling, together with habitat loss, may explain the observed high rates of grasshopper sparrow abundance declines and local extinctions.

It is not only the grasshopper sparrow that is decoupling from its optimal climate conditions. A team of researchers led by iDiv, Leipzig University and MLU used the best available evidence on bird population changes through time from the North American Breeding Bird Survey (BBS) and found that at least 30 out of 114 species (26%) of North American birds have become less well adjusted to their climate over the last 30 years. This means that their distributions and abundances were increasingly decoupled from climate over time. For each species, the reasons may be different. Some species might be inclined to remain in areas where they historically lived. Some species might be limited by climate-independent resources and habitats. And some species might be declining due to global changes, and thus unable to adjust to changing climate. Approximately 10% of the species studied had positive temporal trends in climate matching – they became more coupled to climate through time. For the remaining species, there was less support for significant temporal trends in climate matching – i.e., the adjustment of their abundances and distributions to climate remained more stable through time.

“One of the most surprising results of our analysis was that the overall trend of climate decoupling showed no signs of slowing down,” says lead author Dr Duarte Viana, who did most of this study while working at iDiv and Leipzig University and is now based at the Doñana Biological Station in Seville. “This suggests a possible feedback between climate decoupling and declining populations that might emerge in the face of a multitude of current global changes,” he adds.

The researchers were able to show that climate decoupling was more prevalent among habitat specialists than among generalists. These specialists may have greater difficulty finding the right combinations of suitable habitat and climate conditions in increasingly modified landscapes.

“We also found that climate decoupling was more prominent among species that were considered threatened and that were declining in population sizes,” says senior author Prof Dr Jonathan Chase, head of the Biodiversity Synthesis research group at iDiv and MLU. “There are many known factors that are contributing to the population declines of many species of birds, but our study adds a new facet to our understanding of the potential causes of some of these changes – that species are less likely to be living in their optimal climate conditions as the world changes around them. This, like the proverbial canary in the coal mine, might be something we humans should pay attention to as we will likely soon find ourselves similarly living in places outside of our optimal climate ranges.”