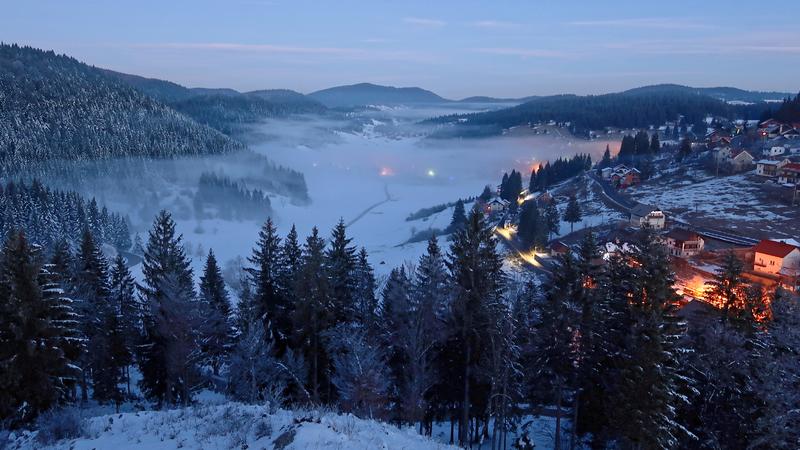 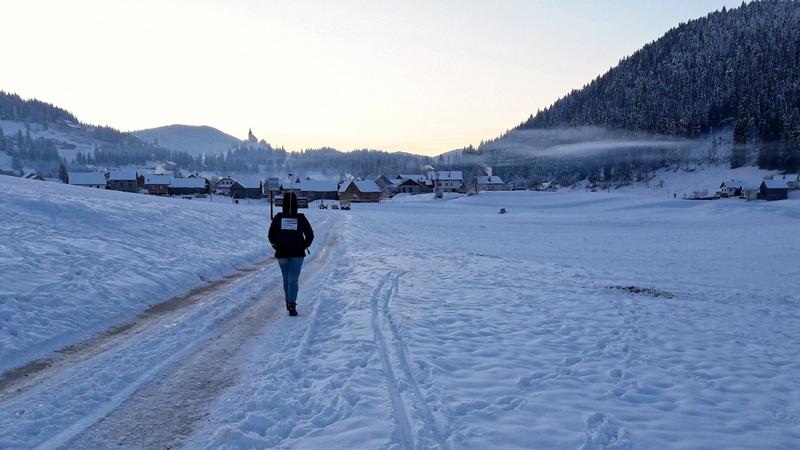 Ajdovščina/ Leipzig. Around 30 million people in Europe live in mountain valleys. A large part of this population is more affected by air pollution than previously assumed. This is the conclusion of a Slovenian-German research team from measurements in the Northern Dinaric Alps. Due to temperature inversions in winter, pollutants are trapped in the valleys to such an extent that soot and fine dust could reach alarming levels even in small villages, as they otherwise occur mainly in the centres of congested metropolises, write researchers from the Universities of Ljubljana, Molise and Nova Gorica and the Leibniz Institute for Tropospheric Research (TROPOS) in the scientific journal Atmospheric Chemistry and Physics (ACP). With mobile measurements using an instrumented backpack by TROPOS, it had become possible to examine the pollutant distribution in more detail.

Wood combustion is responsible for more than half of the small particulate matter (PM2.5) in Europe, which is dangerous to health. According to the European Environment Agency (EEA), wood combustion is now the largest source of this pollutant. The promotion of wood as a "carbon dioxide-neutral" fuel, the rising costs of fossil fuels and several financial crises have led to significantly increasing use of wood as an alternative source. People are more likely to burn wood for household heating in small heating systems.

Air quality studies have so far mostly focused on cities. However, in the EU, the UK and the four EFTA countries Iceland, Liechtenstein, Norway and Switzerland, over a quarter of the population live in rural areas. To study the impact of wood burning on the air quality in such villages, the researchers took a closer look at a karst hollow in Slovenia. The hollow in the municipality of Loški Potok around the village of Retje is representative of many mountainous and hilly rural areas in Central and South-Eastern Europe with wood heating systems. The study area is located in a shallow karst depression with a topography that favors the formation of temperature inversions and cold air pools typical in many valleys and relief depressions in winter. In addition to two fixed measuring stations at the bottom of the hollow in the village and on a hill, mobile measurements with instruments aboard a backpack, in particular, provided crucial details on the distribution of air pollutants in space. With this backpack, the team walked the six-kilometre route through the valley three times a day in December 2017 and January 2018 – in the morning, at midday and in the evening. In 107 measurement tours, 642 kilometres were covered on foot.

"During temperature inversions, pollutant levels in the hollow were highest in the early evening, reaching up to 22 micrograms per cubic metre for black carbon and 560 micrograms per cubic metre for particulate matter. This is the result of domestic wood burning, which increases when people come home after work, and the stable air layer at the bottom of the hollow. However, with some wind, both black carbon and particulate matter levels in the basin dropped to less than 1 and 12 micrograms per cubic metre, respectively, which is about four times lower than during a temperature inversion and in line with European regional background levels," reports Dr. Kristina Glojek who studied for her PhD at the University of Ljubljana. During morning and afternoon temperature inversions, in the village of Retje, people living on the lower part of the south-facing slopes were most exposed to the high concentrations of particulate matter, while in the early evening hours, when the inversion is limited to the bottom of the hollow, people there breathe in the highest levels of pollutants.

Such weather conditions are typical for hilly and mountainous regions. During the study, temperature inversions occurred on more than 70 per cent of all winter nights and mornings. "These very stable conditions prevent effective mixing of the air in the relief depression, which leads to increased pollutant levels. Therefore, during temperature inversions, particulate matter concentrations in the sink rise to levels comparable to those in larger European city centres and above the EU daily limit value (PM10 = 50 micrograms per cubic metre) as well as above the annual limit value and the WHO daily guideline values (PM2.5 = 20 and 15 micrograms per cubic metre, respectively)," emphasises Prof. Mira Pöhlker from TROPOS.

From the researchers' point of view, the example of the small relief depression in Slovenia points to a problem that is not limited to this region alone: "The pollutant concentrations measured during the temperature inversions in the rather sparsely populated small relief hollow are worrying, as similar conditions can be expected in numerous hilly and mountainous regions throughout Europe, where about 20 percent of the total population live, 30 percent of whom live in rural relief hollows comparable to the Retje site," emphasises Prof. Griša Močnik from the University of Nova Gorica.

In the view of the Slovenian-German research team, the results of this study highlight the importance of high-resolution measurements of air quality also in rural areas to monitor and aim to reduce the residential wood-burning pollution and its consequent health effects, especially in mountainous areas with limited atmospheric self-purification capacity. Therefore, they specifically propose:
1. to study pilot sites at smaller spatial scales that could help decision-makers to take effective action at the local level;
2. raising public awareness of the problem of air pollution from wood burning, including knowledge of the negative effects on health, energy efficiency, the economic costs of ineffective burning, the optimal use and regular maintenance of heating appliances, and the use of quality fuels (e.g. dry wood);
3. informing residents when weather conditions cause pollutants to concentrate in the valley and burning wood is not recommended;
4. identifying local major polluters as they may be the main cause of deterioration of local air quality;
5. to encourage retrofitting of existing stoves, centralizing combustion in district heating systems, improving energy retrofitting of buildings, and changing fuel if there is a better alternative are possible options to reduce pollution from wood burning.
It is also important to strongly involve the local population in the measures to reduce pollution emissions. Furthermore, everyone should be aware that there is not one universal solution to this complex problem. Rather, measures are needed at several levels, taking into account geographical and cultural specificities. Tilo Arnhold