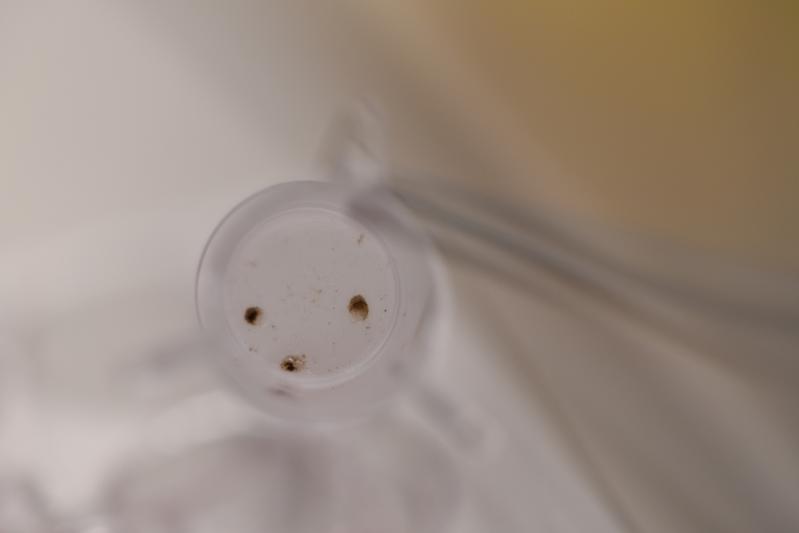 This year's winners of the Ursula M. Händel Animal Welfare Prize of the Deutsche Forschungsgemeinschaft have been determined. As the DFG has now announced, the team from the Fraunhofer Translational Center for Regenerative Therapies (TLC-RT) and the University of Würzburg will be honored for its research into alternatives to animal testing based on cell-based tissue models, and will share the 80,000 euro prize with Dr. Michael K. Melzer from the University of Ulm.

A great success for the interdisciplinary Würzburg research team: For more than ten years, scientists from the Fraunhofer TLC-RT – affiliated with the Fraunhofer Institute for Silicate Research ISC since 2017 – and the partnership-based Chair of Tissue Engineering and Regenerative Medicine TERM at the University Hospital Würzburg have been working on so-called in vitro models of barrier organs of the human body – the skin, the cornea, the intestine, the blood-brain barrier and the respiratory tract. Barrier organs "guard" the entrance to the human body and ensure that as few harmful influences from the environment as possible – pathogens, pollutants, cold, heat, etc. – can have a direct effect in the body; in other words, they play a very important role in human health. This is why they also regularly come into play when it comes to classifying chemicals as harmless, irritant, harmful or even carcinogenic. New drugs also have to undergo several preclinical studies before they can enter clinical trials.

Harmful or useful? How substances are tested

Tests to predict toxicity, drug delivery and efficacy are usually performed in animal studies. However, many drugs subsequently fail in clinical trials due to poor bioavailability and non-specific targeting, because animal tests are only of limited value for the human body. Finding better alternatives for this is what drives the Würzburg team and their research on in vitro models. They are following the "3Rs principle" that was first formulated in 1959: Avoid animal experiments as far as possible ("Replacement"), reduce the number of animals ("Reduction") and limit their suffering to the indispensable level ("Refinement").

In vitro models - test tubes instead of animal experiments

For the models, the researchers in Würzburg cultivate cells outside the body "in the test tube" ("in vitro") on suitable carrier substances. In the process, they form three-dimensional functional models of the respective barrier organ that very precisely mimic the actual structure of the organ in the body. "These models can be used, for example, to test chemical and pharmaceutical substances with regard to their damage potential or efficacy, or infection processes caused by bacteria or viruses and their possible treatment. Even the development of tumors can be analyzed and treatment methods investigated using such tissue models," says Dr. habil. Marco Metzger, head of the Fraunhofer Translation Center. Since human cells can also be used for this purpose, a very good match with the processes in the human body and thus a high degree of prognostic accuracy can be achieved in these model systems.

"The long-standing collaboration between the application-oriented Fraunhofer TLZ-RT, materials research at Fraunhofer ISC and research partners at the University and University Hospital of Würzburg has created an ideal environment for the development and application of alternative methods to animal testing," adds Prof. Dr. Gerhard Sextl, Director of Fraunhofer ISC. The focus is both on basic scientific research into regenerative tissue processes, which are necessary for the construction of complex models, and on the industrial application of the models. The Translational Center covers a broad spectrum with six different barrier models and the associated diseases – unique of its kind for a research institution and a nucleus for the further use of 3R methods. Thus, it is planned to expand the network with the "Würzburg Initiative 3R (WI3R)" and to integrate as many research institutions as possible into the 3R concept.
.
This was also acknowledged by the DFG in its award decision: "For its application, the Würzburg Initiative 3R (WI3R) had presented the development and application of six in vitro models of the barrier organs skin, cornea, intestine, blood-brain barrier and lung as well as for solid tumors, which serve to "replace" the 3R concept. The models are already widely used, for example, in infection and cancer research as well as in testing cosmetics, food supplements and medical products such as drugs or vaccinations. The team plans to use the prize money to establish a 3R network, initiate scientific meetings, and fund small projects. "

The award winner and the group of award winners were selected from twelve applicants. The award ceremony is planned for October 13 as part of an animal welfare day organized by the University of Münster.

The Ursula M. Händel Animal Welfare Award is based on the initiative of its eponymous donor. Ursula M. Händel (1915-2011), a native of Düsseldorf, was committed to animal protection in many ways over decades. Among other things, she founded the Bonn Working Group for Animal Protection Law and was involved in the amendment of the Animal Protection Act. Particularly committed to animal protection in science and research, Händel provided the DFG with funds for the Animal Protection Prize. The prize is awarded every two years. It is the highest research prize of its kind in Germany.