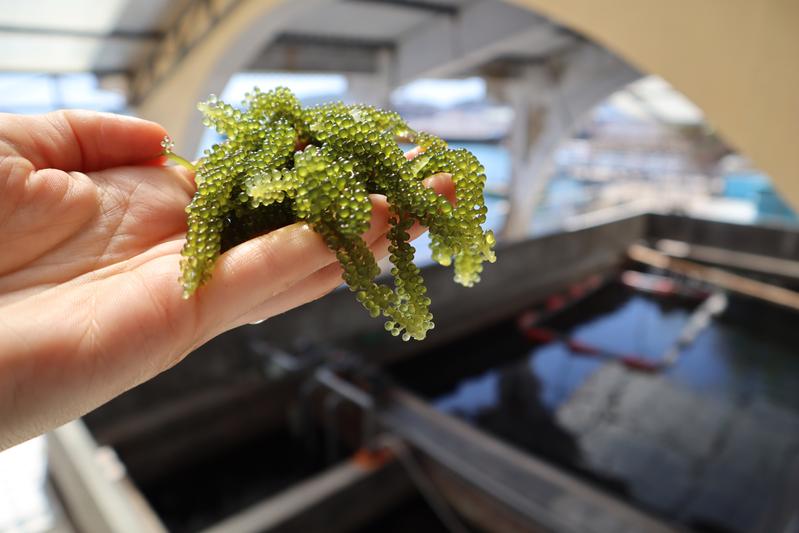 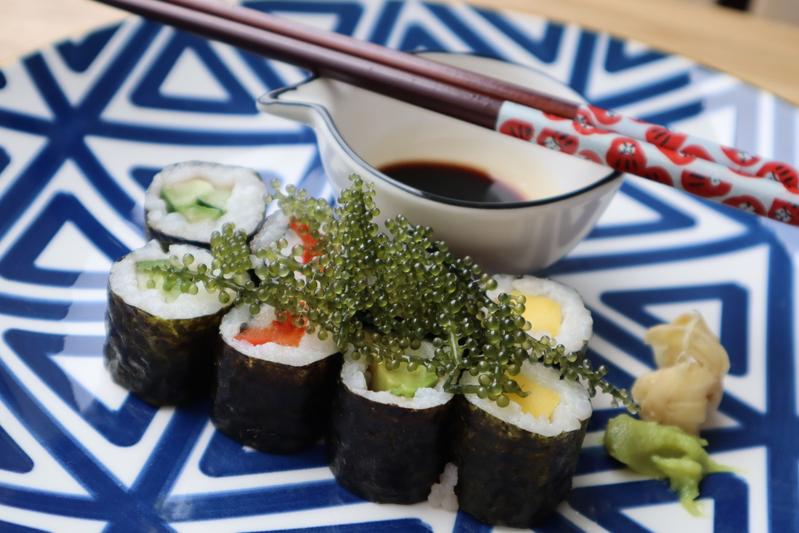 A new study by the Leibniz Centre for Tropical Marine Research (ZMT) uses sea grapes, an algae species from the Indo-Pacific, to show how the quality of algae products can be further improved in terms of nutrition. The research was published in the journal Algal Research.

By 2050, the world's population is expected to increase to around 10 billion people. Food production will have to keep pace with this growth. The oceans, with their great, often still untapped potential as a source of food, are becoming increasingly important for us humans. However, sustainable use of marine resources is essential.

Algae are at the bottom of the food chain in the ocean and can be produced with little effort and very sustainably. A new study by the Leibniz Centre for Tropical Marine Research (ZMT) in cooperation with the Marine Botany Group of the University of Bremen uses sea grapes (Caulerpa lentillifera), a species of algae from the Indo-Pacific, to show how the quality of algae products can be further improved in terms of nutrition.

Algae have a valuable nutrient profile: low in calories, but high in protein and unsaturated fatty acids, as well as many mineral salts, vitamins and trace elements. Sea grapes, also called "green caviar", also have a high antioxidant potential. They are characterized by their special shape: The small, round balls hanging from a panicle taste slightly salty and burst in the mouth like caviar.

Aquaculture of sea grapes began rather accidentally in the 1950s, when fish farmers in the Philippines discovered that these algae could grow well in fish ponds. In the meantime, the sea vegetable is also cultivated in Japan and Vietnam, among other places.

If green algae such as sea grapes are exposed to high levels of light radiation, harmful free radicals are formed in them. To protect themselves, the algae produce more antioxidants, such as vitamins C and E, β-carotene and various polyphenols, substances that make their nutritional profile particularly valuable for us. Such antioxidants are essential components of the human diet and are thought to have beneficial effects in humans on many ailments such as diabetes and cardiovascular disease. Could farmers take advantage of increased light exposure to cost-effectively improve the quality of sea grapes? This was the question posed by Lara Stuthmann, a marine biologist at the ZMT and lead author of the study.

For her research, she exposed sea grapes to five different light intensities for 14 days each. Subsequently, the antioxidant content was determined photometrically. Lara Stuthmann compared the results with various fruits, such as pomegranate, goji berries and chokeberries, which are known for their high antioxidant content and are therefore considered "superfruits”.

In fact, targeted irradiation can more than double the antioxidant content of sea grapes to levels found in the seeds of pomegranates. "Light irradiation as a cheap and simple means to increase the antioxidant content of algae has great potential. This application is also conceivable for other algae," says Stuthmann. "However, depending on the level of irradiation, bleaching of marine grape may also occur." Therefore, the light irradiation and duration of treatment should be adjusted depending on the intended use of the algae - for example, in cosmetics or as food.

More than 10,000 different species of algae are known, but only eight different genera of algae are kept in more than 90 percent of algae cultures. Many are dried before consumption to extract certain molecules, such as carrageen or agar, which are used as gelling and thickening agents. Few are suitable for direct consumption.

"What makes sea grapes special compared to most other macroalgae is their growth habit and consistency, which make them a very pleasant palate experience. They are easy to reproduce and grow quickly," said Dr. Karin Springer of the University of Bremen, co-author of the study. "Sea grapes could therefore find a place on German menus as a source of protein, antioxidants and other nutrients."

In Japan, Vietnam and China, sea grapes are in great demand and are eaten raw with various sauces, in salads or with sushi. In Europe, however, they are not yet recognized as food. Nevertheless, they are already being sold in some cases - including in Bremen - and various top chefs have recognized the potential of this alga for their dishes.

Sea grapes could also be suitable for rearing in an integrated aquaculture that combines various farmed animals and plants. These form a natural cycle in which feed residues and biological waste materials are optimally utilized. In cooperation with algae farms in Vietnam, for example, the ZMT is testing co-cultivation of the sea grape with shrimps or the sea snail Babylonia aerolata, which is considered a delicacy in Vietnam.