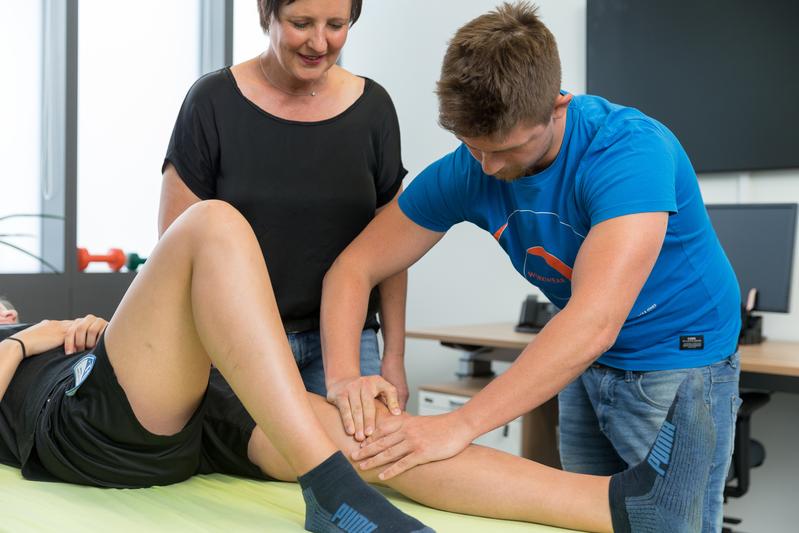 In a meta-analysis of randomised controlled trials, a multi-disciplinary team of scientists from Germany and Australia compared two different therapeutic approaches for a tear of the anterior cruciate ligament, which is one of the most common and serious knee injuries. The scientists examined operation shortly after the injury compared to a rehabilitation therapy approach, in which the patient first receives rehabilitation and surgery is only provided if it is still deemed necessary after rehabilitation. The research team found no clinically relevant differences between early surgical reconstruction and primary rehabilitation with optional reconstruction. The researchers published the results of their meta-analysis on 30th August 2022 in the British Journal of Sports Medicine.

The tear of the anterior cruciate ligament is one of the most common sports injuries. In young, agile patients, current German and United States guidelines recommend surgical reconstruction of the anterior cruciate ligament. “An operation is always associated with risks for the patient. There is a long healing process and there are significant financial costs for the healthcare system. That's why we wanted to check whether a ‘primarily surgical approach’ really is the best way,” explains Prof. Dr. Daniel Belavy, Professor for Physiotherapy at Hochschule für Gesundheit in Bochum and senior author of the study.

The team included nine publications from three different randomized controlled trials in their analysis. They found that a significant improvement in knee function could be achieved regardless of which of the two treatment approaches was chosen. In addition, they showed that early surgical reconstruction of the anterior cruciate ligament had no protective effect against the future occurrence of knee osteoarthritis. According to the authors, however, further studies are needed to increase the certainty of these observations. In patients with meniscus damage of the knee, the authors found a slight advantage for patients with immediate anterior cruciate ligament reconstruction. Although the evidence was similarly of low certainty.

Since there were no clinically meaningful differences between the treatment approaches, the authors propose a patient-centered form of care. Depending on the patient’s medical situation, individual anatomical differences, and functional demands in daily life and/or sports an individualized primary treatment strategy should be determined with the treating physician and/or therapist. For many patients with anterior cruciate ligament injuries without serious concomitant injuries, a “stepped care approach” with a primarily rehabilitation focused treatment approach seems appropriate, especially regarding cost-effectiveness and the avoidance of commonly reported surgical risks. The findings challenge a historical paradigm that anatomic instability should be addressed with primary surgical stabilization to provide optimal outcomes, the authors say.

The team chose a “living systematic reviews” approach, in which the authors commit to updating their results once a year. Three more trials were identified that were currently underway and will be added to the analysis as their results become available. “During our work, we realized that further studies are urgently needed that compare primary anterior cruciate ligament reconstruction with conservative therapy. We are eagerly awaiting the results of studies that are currently ongoing. We also have a specific interest in professional athletes regarding whether and how they can return to training and competition with or without surgery, which is an important question requiring more data,” explains Dr. Patrick Owen, from Australia's Deakin University.