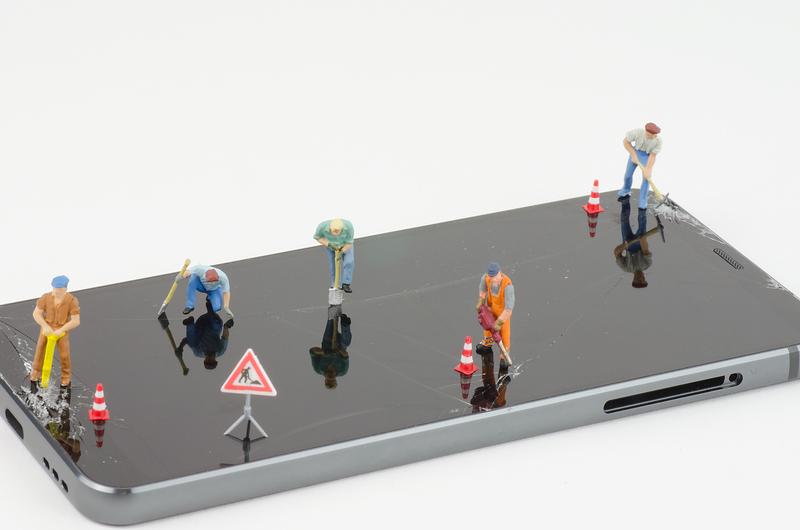 The European Commission is determined to make smartphones and tablets easier on our environment. Two draft sets of regulations are introducing a comprehensive ecodesign catalogue as part of the EU’s circular economy action plan. The EU energy efficiency label familiar from household appliances will now also be introduced for IT and communications devices. The new regulations are partly based on the research done proposed by the sustainability experts of Fraunhofer IZM and will be introduced to the wider public at the IFA consumer electronics show in Berlin.

In line with the goals of the European Green Deal, the more efficient use of our world’s resources is gaining increasing traction for both the makers and the users of electronics. To make sure that modern smartphones and tablets follow the principles of good ecodesign, the Fraunhofer Institute for Reliability and Microintegration IZM has been supporting the European Commission for more than two and a half years’ indrafting the proposed regulations. That work was grounded in a detailed study of the technical feasibility and the ecological and commercial consequences of the proposals. The end result was a set of regulatory options that was now further refined and formalized in the draft regulations.

The new energy label for smartphones and tablets will not only display the familiar energy efficiency labels. For the first time, it will include the new EU-wide repairability rating and more information about reliability with details about how long the battery can be expected to last and how the device would fare when exposed to dust, submerged in water, or accidentally dropped.

The second initiative concerns the wider issue of ecodesign and focuses on the right to repair, more transparency for the end user, and the recycling of the devices. Environmental and consumer rights advocates have long called for a formal right to repair. This call was eventually acknowledged, and the right included as a stated goal of Germany’s new coalition government. The proposed regulations are meant to make this ambition become a reality with better access to spare parts, a product design that facilitates repairs, and the availability of repair manuals for mobile phones and tablets across the EU.

For smartphones, this means that users should be able to swap out their batteries themselves, unless the batteries are built to last for at least 1000 cycles and the devices designed to be watertight to the IP67 standard. But even in these special cases, the batteries should be replaceable for professional technicians. The minimum standard for battery life was set at 500 charging cycles, which all devices are now expected to achieve. Additionally, users should be able to check the health of their batteries at any time to check whether their device’s deteriorating battery life is indeed due to aging. Reliable information about the hardware’s state should even be available when buying used or refurbished devices. Karsten Schischke: “With their ambitious standards in terms of repairability and durability, the regulations aim for an expansion in the products’ working lives. After all, it is best for our natural resources if a device just keeps working without needing repairs.”

To encourage a reuse of the devices, their former owners should have the certainty that their encrypted data cannot be recovered after they hand over their old devices. Reassuring users that their private information will stay confidential can help the masses of used phones – which the digital economy association Bitkom estimates at 200 million in Germany alone – find a loving new home.

If the current draft of the regulations comes into force, it will include several other improvements to the systems: Specifically, this concerns the requirement that operating system updates should be made available for a minimum of three years and security updates for five years or more from the last date the model in question is placed on the market. Manufacturers will also be required to ensure that updates do not mean a drop in performance of older devices.

For more informed buying decisions, the proposed regulations also demand transparency about the use of critical raw materials. The new regulations are expected to be signed into law in early 2023 and to come into force after a comparatively short transition period of approx. twelve months. Both regulations have been published since this week at the following links:
• https://ec.europa.eu/info/law/better-regulation/have-your-say/initiatives/12797-Designing-mobile-phones-and-tablets-to-be-sustainable-ecodesign_en
• https://ec.europa.eu/info/law/better-regulation/have-your-say/initiatives/12798-Energy-labelling-of-mobile-phones-and-tablets-informing-consumers-about-environmental-impact_en

The proposals were developed from the EU Ecodesign Directive 2009/125/EC and the EU Energy Labelling Regulation (EU) 2017/1369.

The proposed regulations will certainly be on the agenda at the coming IFA consumer electronics expo in Berlin from 2nd to 6th September: Fraunhofer IZM will be on site in hall 20 to showcase its research about the sustainability of mobile electronics. The new test procedure used to determine the devices’ energy efficiency rating was developed by SmartViser and will also be demonstrated at the IFA show.