Stress in the kids room: The birth of a younger sibling activates long-lasting stress reactions in young bonobos 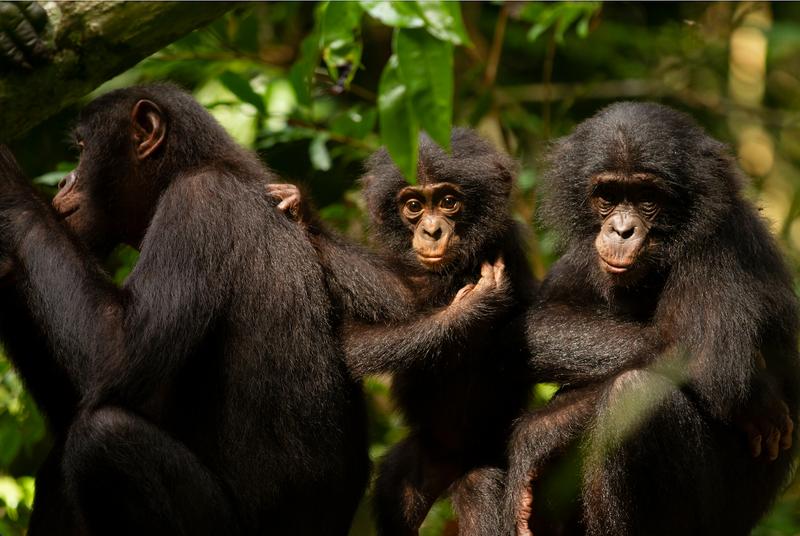 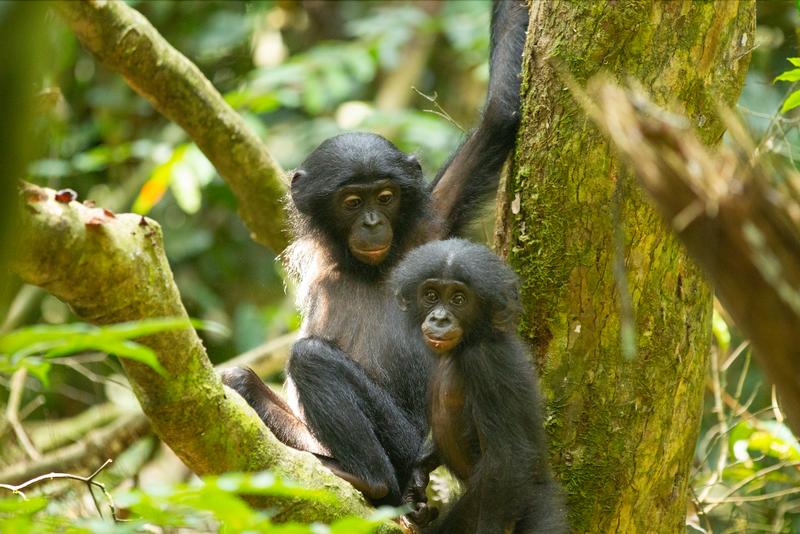 The birth of a second child is a remarkable experience not only for the parents, but also for the older sibling. From human behavioral studies it is known that the change in the family constellation is a confusing and stressful time for the older child, frequently accompanied by clinginess, depressive conditions, and temper tantrums. So far, it was unknown to which extent this stress is also physiologically detectable. Verena Behringer, a scientist at the German Primate Center (DPZ) – Leibniz Institute for Primate Research in Göttingen, has investigated this question in one of our closest living relatives. (eLife)

In a study she conducted with Andreas Berghänel, Konrad Lorenz Institute for Comparative Behavioral Research, University of Veterinary Medicine, Vienna, and an international research team, she examined various markers in the urine of wild bonobos (Pan paniscus). The researchers found that the birth of a second young animal resulted in the older sibling in a five-fold increase in the stress hormone cortisol and a reduced immune response. The physiological changes were detectable up to seven months after birth and were independent of the usual weaning processes the young animals experience with age.

The study was conducted at the LuiKotale research station in the Congolese rainforest. Two habituated bonobo groups live close to the field station. For more than 650 hours, the researchers observed the behavior of 17 young animals that had become a sibling for the first time and were between two and eight years old at sibling birth. At the same time, they collected 319 urine samples from the bonobos before and after the birth of the sibling.

"As the young animals grow up, there are various processes of social weaning or food change that can also stimulate stress reactions," says Verena Behringer, a scientist in the Endocrinology Laboratory at the German Primate Center and lead author of the study. "These include, for example, that the young do no longer suckle or is carried less after a certain moment. To disentangle the weaning process with age from sibling birth, we analyzed urine samples and behavioral observations before and after the birth of the sibling in the older bonobo and put them into perspective."

Verena Behringer analyzed the urine samples in the laboratory for the concentrations of three different substances: cortisol, neopterin and triiodothyronine (T3). Cortisol is a hormone secreted in response to a stressor, neopterin is produced by the activated defense cells of the immune system, and T3 is a thyroid hormone that regulates metabolic activity in the body. The concentration of these markers in urine provides insides into the physiological state of young bonobos. The research showed that urinary cortisol levels in the older siblings increased fivefold when their younger sibling was born and remained at that level for up to seven months. At the same time, neopterin concentrations decreased, suggesting a reduced immune response. The thyroid hormone T3, on the other hand, showed no significant change.

"The young bonobos suddenly experience an extreme state of stress with the birth of their sibling," Verena Behringer explains these results. "The cortisol levels were unusually high for a long period, regardless of whether the youngster was two or already eight years old at sibling birth. This persistent stress reaction has a negative effect on the immune defense. Since the concentration of thyroid hormone showed no change, we can assume that the stress response is not stimulated by energetic stressors, such as sudden end of suckling."

This assumption was also confirmed by the recorded behavioral data. For example, the researchers observed the extent to which the older sibling were suckling, how much body contact they still had with their mother, and how often they were carried. All weaning processes, which can appear as additional stressors, were either completed before sibling birth, showed no sudden change with birth, or were only significant in young individuals and disappeared as the young bonobos grew older.

"For the first time, our study shows that sibling birth is a really stressful event for the older sibling," Verena Behringer summarizes. "However, there is no need to worry. It is very likely that this stress is tolerable, and maybe leads to a higher stress resistance of the older siblings later in life. After all, younger siblings are not only competitors, but they are also important social partners who have a positive influence on our development."