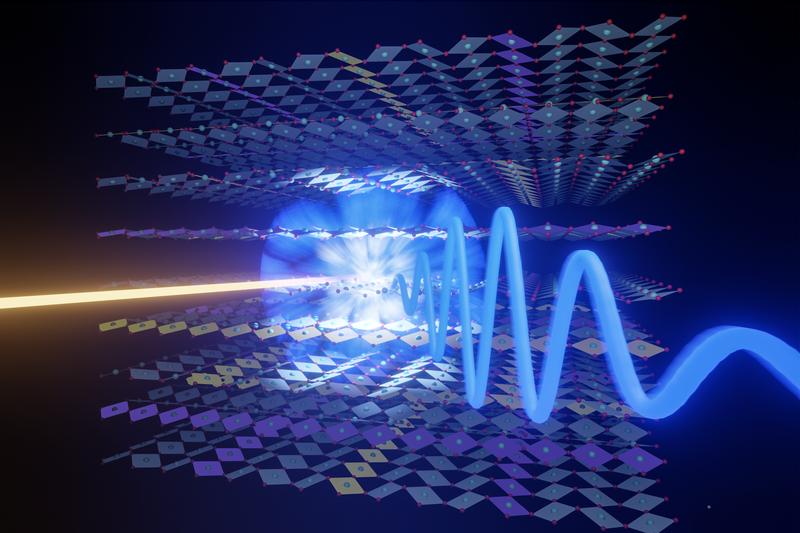 Why do some materials carry electrical currents without any resistance only when cooled to near absolute zero while others do so at comparatively high temperatures? This key question continues to vex scientists studying the phenomenon of superconductivity. Now a team of researchers from Andrea Cavalleri’s group at the Max Planck Institute for the Structure and Dynamics of Matter (MPSD) in Hamburg has provided evidence that electron ‘stripes’ in certain copper-based compounds may lead to a break in the material’s crystal symmetry, which persists even in their superconducting state. Their work has been published in PNAS.

Focusing on a range of cuprates, the team investigated the coexistence and competition of their superconducting state with other quantum phases. Such interactions are believed to be crucial to the development of high-temperature superconductivity – a process which remains one of the most important unsolved problems in condensed matter physics today.

The researchers exposed several cuprate crystals, grown and characterized at Brookhaven National Labs, to ultrashort laser light pulses. They observed how the materials began to emit a particular type of terahertz (THz) light – a technique known as THz emission spectroscopy. Usually, such emissions only occur in the presence of a magnetic field or polarizing current. However, the MPSD team probed the cuprates without applying any external bias and discovered ‘anomalous’ THz emission in some of them. Those compounds featured the so-called charge-stripe order – where the electrons arrange themselves into chain patterns rather than moving around freely. The charge stripe order seems to break the material’s crystal symmetry, just as a magnetic field or an applied current would do, with this symmetry breaking persisting in the superconducting state.

“By performing experiments on various compounds,” says Daniele Nicoletti, the paper’s lead author, “we were very surprised to find clear coherent and almost single-color THz emission in some superconductors and, conversely, a total lack of response in others. We were able to associate THz emission features with reasonable certainty with the presence of charge-stripe order, a peculiar ordered phase found in various families of cuprates, which is believed to play a role in the mechanism underlying high-temperature superconductivity. Charge stripes are likely to cause a symmetry breaking in the superconductor, the presence of which had not been found by other experimental techniques in the past."

In collaboration with physicists from Harvard University, ETH Zurich, and the theoretical division of the MPSD, the team has provided a detailed explanation for this phenomenology. Starting from the observation that the coherent THz emission occurs very close to the ‘Josephson plasma frequency’, which is the resonant tunneling frequency of superconducting electron pairs across the crystalline copper-oxygen planes, the researchers identified so-called ‘surface Josephson plasmons’ as the source of emission. These are analogs of sound waves that develop at the interface between the superconductor and the external environment. In principle these are ‘silent’ modes, meaning they do not couple directly with light and therefore are not expected to radiate. However, it is precisely the presence of the charge modulation introduced by stripe order that provides the necessary coupling with the outside world and allows for these modes to light up.

The team’s work provides important new insights into the processes leading to high-temperature superconductivity. It also reveals coherent anomalous THz emission as a sensitive tool to probe the symmetry of superconductors in the presence of other phases. The researchers feel it should be applied to a wider class of compounds in the future, opening up new possibilities for understanding the physics of complex interactions in these materials.