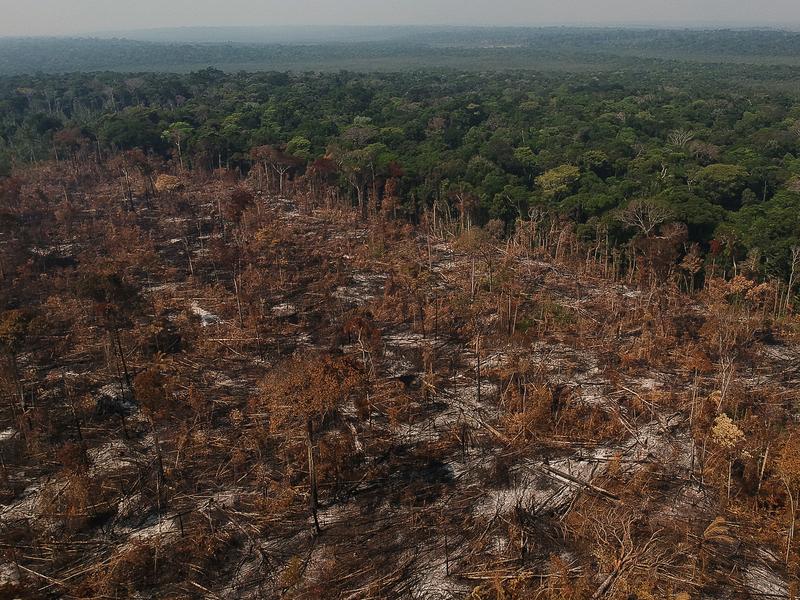 Tropical deforestation causes widespread degradation of biodiversity and carbon stocks. Researchers from the German Center of Integrative Biodiversity Research (iDiv) and Leipzig University were now able to test the relationship between land tenure and deforestation rates in Brazil. Their research, which was published in Nature Communications, shows that poorly defined land rights go hand in hand with increased deforestation rates. Privatising these lands, as is often promoted in the tropics, can only mitigate this effect if combined with strict environmental policies.

Forestlands in Brazil harbor the world’s largest biodiversity and carbon stores. However, increasing pressure from ambitious agroeconomic development leads to widespread deforestation. Land-tenure governs how and by whom land can be used. Therefore, specific land-tenure changes such as privatizing lands or placing them under environmental protection can both have implications for forests.

Researchers from iDiv and Leipzig University have now analysed 33 years (1985-2018) of agriculture-driven deforestation across Brazilian forestlands. With the help of property-level data, they were able to compare six land-tenure regimes (undesignated/untitled, private, strictly protected and sustainable-use protected areas, indigenous, and “quilombola” lands held by Afro-Brazilian communities) and to draw conclusions on how these regimes affect deforestation.

Publicly owned lands with poorly defined tenure rights clearly and consistently increased deforestation compared to all other alternatives. These lands that are neither titled nor designated to any use, but may be inhabited by rural settlers with little-to-no guaranteed property rights, account for almost one hundred million hectares in Brazil.

“High deforestation rates in these lands may have many reasons”, explains first author Andrea Pacheco, former researcher at iDiv and now working at the University of Bonn. “For example, the government may simply not have the capacity to effectively monitor on-the-ground deforestation in these lands, resulting in limited enforcement of illegal deforestation here. This, in turn, can attract speculators who clear forest to later claim use rights. Alternatively, poor landless settlers may feel forced to illegally clear these lands for agriculture, if prices on legal land markets are too high for them.”

“This is why land-tenure interventions on these lands are so important. Our study shows that whatever alternative tenure regime with well-defined rights and regulations is implemented, it would likely help reduce this deforestation”, adds last author Dr Carsten Meyer from iDiv and UL.

Private regimes can be effective if associated with strict environmental policy

“Privatizing undesignated and untitled lands can be highly effective as a means to reduce deforestation, but only under certain conditions and if associated with strict environmental policies. If this is not the case, deforestation may actually increase”, warns Carsten Meyer. One example for such environmental policies is the Forest Code in the Amazon, which requires landowners to maintain 80% of their land under native vegetation.

They also showed that the effects of tenure held by indigenous peoples and local communities (IPLCs) were dependent on the context. Nonetheless, privatizing IPLC lands would likely increase the risk of deforestation across Brazil. “As much of the world’s remaining forestlands are in IPLC lands, taking local contexts into account will be essential for designing policies with synergies for both biodiversity conservation and IPLCs”, says Andrea Pacheco.

The imperative need for policies that tackle undefined and private lands

Against the backdrop of the ongoing political debate in Brazil around land privatisation and protection in tropical landscapes, this study can be used to envisage policy aligned with sustainable development goals. The results show that, first and foremost, interventions in undesignated/untitled lands should be at the forefront of land-related policies in Brazil. In addition, coupling private lands with strict environmental policies has the potential to protect biodiversity in places like the Cerrado or Pantanal, where most of Brazil’s remaining forestlands are private.