The future of marine biodiversity under global warming 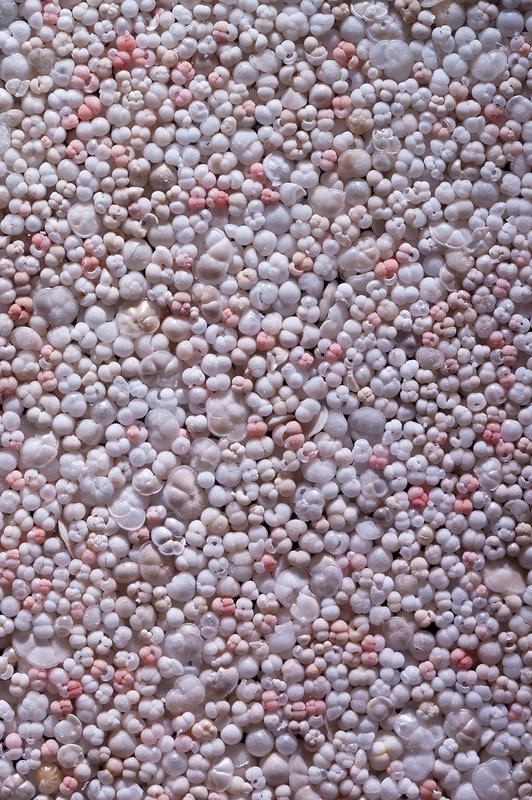 Human-induced climate change has already had a major impact on Earth's biodiversity. The habitat of many species – including those in the oceans – Is disappearing, and invasive species are conquering new regions. In a comprehensive data analysis, a team of researchers from Bremen and Oldenburg has studied how species communities in the North Atlantic have changed over a period of 24,000 years – since the last ice age. As expected, species have migrated northward, but new communities have also formed – and even after temperatures stabilized. The results have now appeared in the journal Nature Ecology & Evolution.

Coral reefs are suffering from oceanic heat waves, Atlantic species are appearing more frequently in the Arctic. How will biodiversity continue to evolve as the oceans continue to warm? This question is difficult to answer because life has a secret weapon in its closet: evolution. With its help, species can adapt to new conditions. The only problem is that evolution takes place over centuries and millennia and is therefore difficult to capture in laboratory experiments. With the help of fossils, researchers can take a look into the past and find out how biodiversity changed during comparable climate changes in the past. Researchers at MARUM – Center for Marine Environmental Sciences at the University of Bremen and the Institute for Chemistry and Biology of Marine Environments (ICBM) at the University of Oldenburg have studied the occurrence of fossil plankton species in the Atlantic Ocean after the last ice age. They found that as the oceans continued to warm, many species initially migrated to higher latitudes, as expected. Surprisingly, however, they found that new species assemblages also formed in the process, and that the change in assemblages did not occur entirely in step with ocean warming.

For their study, Anne Strack, Dr. Lukas Jonkers and Prof. Michal Kucera from MARUM at the University of Bremen and Dr. Marina C. Rillo and Prof. Helmut Hillebrand from the Institute for Chemistry and Biology of Marine Environments (ICBM) at the University of Oldenburg took a close look at a large data set on the species composition of fossil planktonic foraminifera in 25 sediment cores of the North Atlantic from the last ice age 24,000 years ago to the present warm period. This allowed the researchers to accurately track how species composition changed throughout the North Atlantic with the onset of the last strong warming in Earth's history (after the last ice age). Looking closely at the results, the researchers discovered unexpected patterns: “We were stunned to realize that the species composition of the plankton continued to change long after the temperature had stabilized again in the current warm period,” explains first author Anne Strack.

“It has long been known that species assemblages change when their environment changes. For instance, when ocean temperatures rise, species migrate to higher latitudes. We can also observe this migration to higher latitudes in our data from the North Atlantic. But the amazing thing is that the “native”" species have not migrated at the same rate,” says Anne Strack. This asymmetry between immigration and emigration led to the formation of novel species assemblages, especially in the mid-latitudes, that did not exist anywhere on Earth during the ice age. “Even more astonishing, these newly thrown-together communities were not a transient phenomenon, but persisted for several thousand years,” adds Prof. Michal Kucera.

Thus, the results of the study provide important clues to the fate of marine ecosystems under continued ocean warming. They support computer simulations that suggest that projected future warming will also lead to the formation of novel species assemblages. The establishment of novel plankton communities has potentially important implications for key ecosystem functions through new direct or indirect ecological interactions. “This study also contributes to how we understand today's rapid biodiversity change, because it shows us that we will not see the response of marine life to present-day environmental changes until far into the future,” says Prof. Helmut Hillebrand.