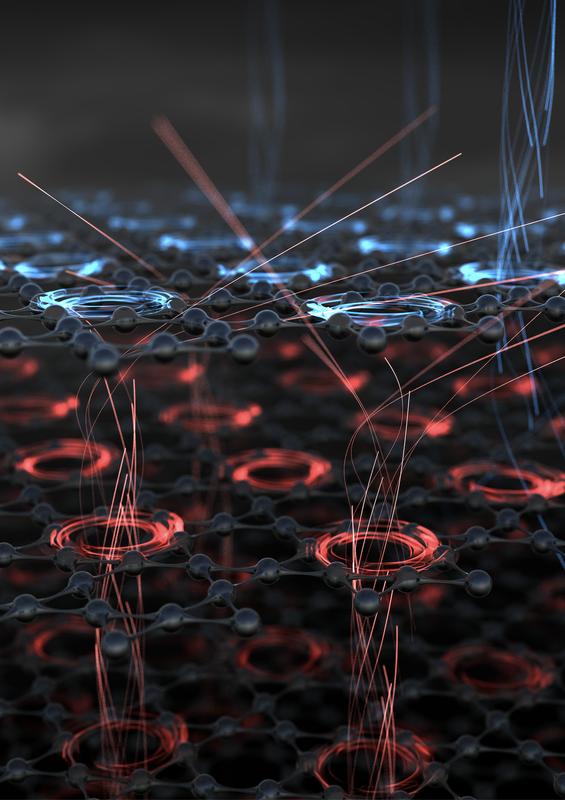 An international research team led by the Department of Microstructured Quantum Matter at the MPSD reports the first observation of switchable chiral transport in a structurally achiral crystal, the Kagome superconductor CsV₃Sb₅. Its work has been published in Nature.

Whether or not an object is indistinguishable from its mirror image has important consequences for its physical behavior. Say you watch a basketball player in a mirror. The ball, the player and their surroundings are, at first glance, just the same in the mirror as in real life. But if observed closely, some details are different. The ball in the player’s right hand now appears in their left hand in the mirror. While the mirror image still shows the same hand, it has clearly changed from a left to a right hand or vice versa. Many other physical objects also have mirror images that differ in a key aspect, just like hands, which is why scientists call them handed or chiral (from Greek χϵρι = hand). Others, like the ball, cannot be distinguished from their mirror image, which makes them achiral.

Chirality is one of the most fundamental geometric properties and plays a special role in biology, chemistry and physics. It can cause surprising effects: One version of the carvone molecule, for example, produces a spearmint smell but its chiral – mirrored – equivalent smells of caraway.

In material science, one distinguishes between crystals in which the periodic arrangement of the atoms is chiral or not. If it is, the electrons and electric currents flowing within it must also differ somehow from their mirror image, a property that can lead to exotic responses and novel applications. One example is a diode-like effect where the electric currents flowing from left to right are different from those flowing right to left, a property called electronic magneto-chiral anisotropy (eMChA). So far, this phenomenon has only been found in structurally chiral crystals.

Now, however, an international research team has reported the first observation of this chiral transport in a structurally achiral crystal, the Kagome superconductor CsV3Sb5. Its work has been published in Nature. The team involved scientists from the MPSD and the Max Planck Institute for Chemical Physics of Solids (Germany), EPFL and the University of Zurich in Switzerland, the University of the Basque Country (Spain) and Qingdao University in China.

The quantum puzzle is as simple as it is deep: If the atomic positions in the crystal are just the same as in their mirror image, how is it possible that its electrons are not? Clearly a novel mechanism beyond a simple shape effect as in our hands must be at play. Unlike structural chirality, which is as firmly imprinted in a crystal as it is in a human hand, this new electronic chirality can be switched using magnetic fields. Switchable chirality has never before been observed and may well find its application in future technology.

It is clear that this unusual behavior is directly linked to the strong electronic interactions. The team proposes a model in which the electrons arrange themselves in patterns that violate mirror symmetry, even though the atoms are arranged symmetrically.

CsV₃Sb₅ is already known for many such interacting electronic structures, such as the formation of an unconventional chiral charge order featuring a tantalizing charge modulation. These chiral electronic structures may rotate spontaneously, causing an orbital magnetic response associated to a behavior known as ‘loop currents’, as described by C. Mielke et al., Nature 2022.

CsV₃Sb₅ appears to be a fantastic sandbox to probe correlated quantum phenomena, including the first example of switchable electronic chirality. The next steps include increasing the operational range from cryogenic to room temperature and enhancing the magnitude of this response. Clearly, much more is to come from interacting systems on geometrically frustrated lattices.