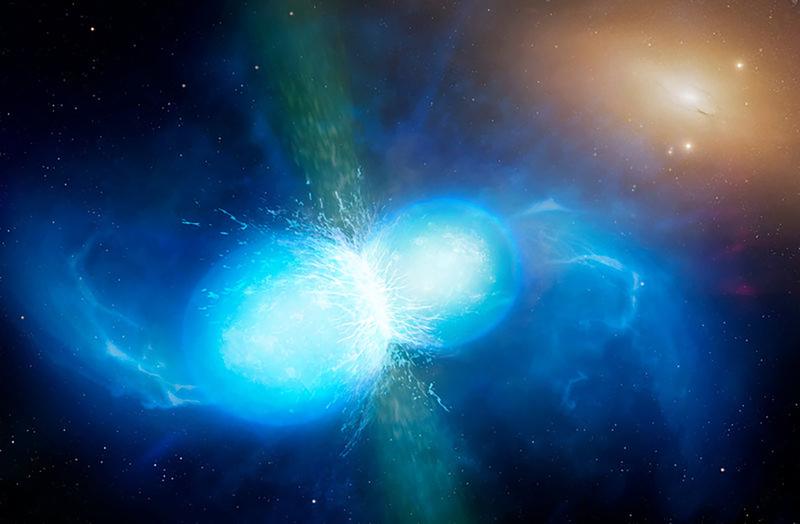 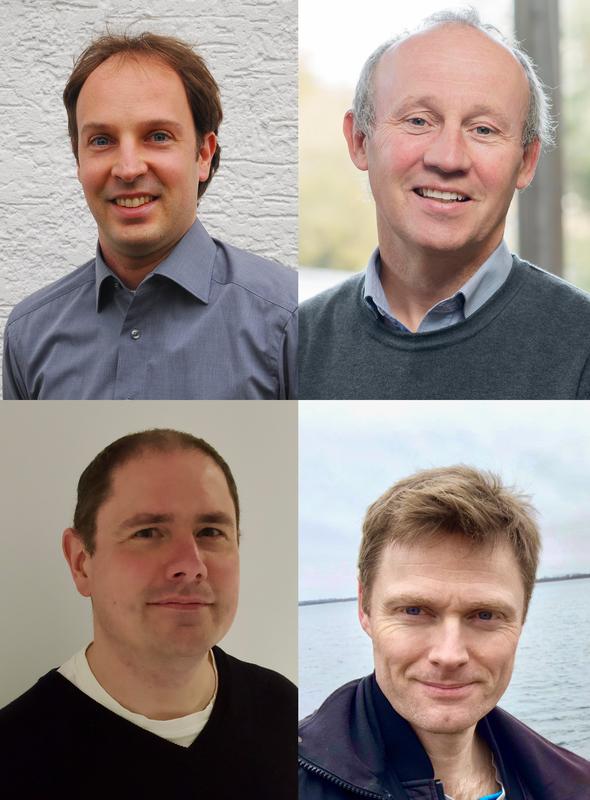 The European Union has awarded a total of 11.3 million euros over a period of six years to the HEAVYMETAL research project, which aims to investigate the synthesis of chemical elements in neutron star mergers. Privatdozent Dr. Andreas Bauswein, a researcher in the Theory Department of the GSI Helmholtzzentrum für Schwerionenforschung in Darmstadt, is part of the four-member international team that receives the funding as part of an ERC Synergy Grant. At GSI, currently the international accelerator center FAIR (Facility for Antiproton and Ion Research) is under construction.

In the future, states of matter as they occur in the interior of stars, stellar explosions and neutron star mergers will be studied in the laboratory at FAIR.

Neutron stars are remnants formed during stellar collapse in a supernova explosion. They have extremely strong gravitational fields, exceptionally intense magnetic fields, and consist of matter with very high density, making them important natural laboratories for fundamental physics. In binary systems consisting of two neutron stars, mergers of these extreme objects can occur: The two high-density stars collide at about 20% of the speed of light, leading to temperatures of several 100 billion kelvin. During the collision, considerable amounts of neutron-rich matter are expelled, in which heavy chemical elements such as silver, gold, platinum and many more are formed. The ejected matter evolves into a fireball, which is visible as a so-called kilonova.

“Kilonova science is emerging as a new field in astrophysics, offering an enormous discovery potential for understanding neutron stars, the origin of the heavy elements in particular, the physics of exotic heavy nuclei, and the phases of hot, ultra-dense, and exotic matter”, Bauswein explains his research focus. “The increasing sensitivity of gravitational wave detectors, also providing improved sky localisations for follow-up observations, and the next generation of telescopes, means that we expect an abundance of new kilonovae observations in the coming years. I look forward to exploring the research field in the best possible way together with my colleagues within the framework of the ERC Synergy Grant.”

The research project HEAVYMETAL (How Neutron Star Mergers make Heavy Elements) aims to make a big step in explaining kilonova explosions by spectroscopically dissecting their emissions and connecting them quantitatively to the physical properties of the neutron star merger. In doing so, HEAVYMETAL will probe the origin of the heavy elements, and delineate the nuclear and astrophysical pathways that created them — the so-called “r-process”. The research team will try to decipher the details of the observed spectra and use that information to gain unprecedented insight into the physical processes of the neutron star merger.

HEAVYMETAL brings together experts from different fields related to kilonova research who, by working together, can exploit synergies in the ambitious goal of explaining element synthesis: Andreas Bauswein and his team at GSI/FAIR have a long and high impact track record in connecting advanced hydrodynamical simulations to r-process nucleosynthesis, kilonova modelling and the properties of high-density matter. Already in 2017, Bauswein succeeded in securing an ERC Starting Grant of 1.5 million euros with his project GreatMoves on the simulation of neutron star mergers. In addition to Bauswein, Professor Darach Watson, University of Copenhagen, Denmark, Professor Padraig Dunne, University College Dublin, Ireland, and Dr. Stuart Sim, Queen's University, Belfast, UK, are also members of the research team funded by the ERC Synergy Grant.

Watson has been a key player in gaining and interpreting kilonova data and has worked in observational astronomy for two decades. Dunne is a leading experimental physicist in the area of laser plasma spectroscopy with a focus on laser plasmas of heavy elements. Sim is an expert in the modelling of radiation in explosive environments and in the development of codes designed to simulate detailed radiation-matter interactions and photon transport in rapidly expanding matter ejecta.

“We are very proud to have gained the support of the European Union for this cutting-edge research project,” says Professor Paolo Giubellino, Scientific Managing Director of GSI and FAIR. “International and interdisciplinary collaboration has always played a major role in our work. The implementation of many scientific projects is hardly conceivable without worldwide collaborations and the use of synergies between researchers. This starts with individual research areas such as the study of kilonovae in this group of experts and continues with the construction of our future research facility FAIR, which is being built in international collaboration between many researchers and nations.” FAIR is currently under construction in Darmstadt and will be connected to the GSI accelerator facility. In the future, it will be possible at FAIR to study states of matter similar to those occurring in the interior of stars, stellar explosions and neutron star mergers in the laboratory, which directly links to the HEAVYMETAL project.

ERC Synergy Grants are awarded by the European Union to research groups of two to a maximum of four scientists in any research area, exclusively on the basis of scientific excellence. The decisive factor for the grant is that the research in question cannot be carried out by the individual researchers alone, but only through joint cooperation.