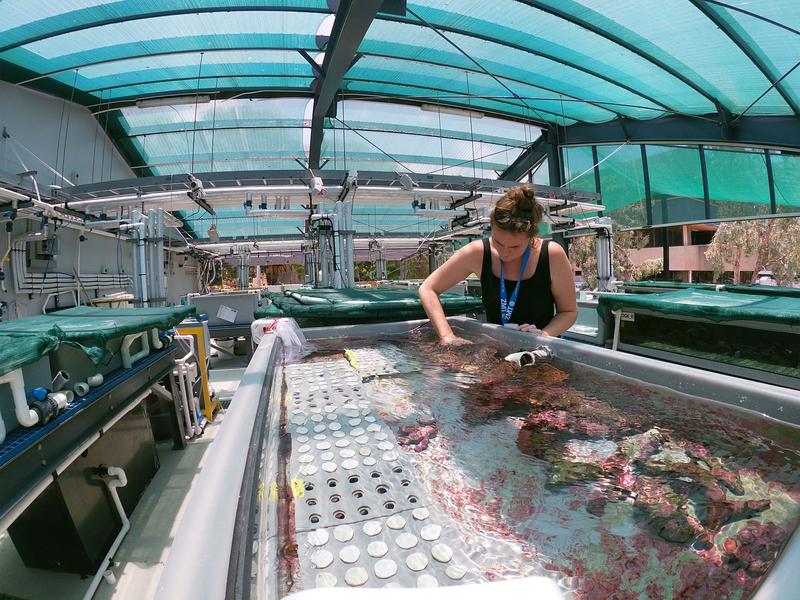 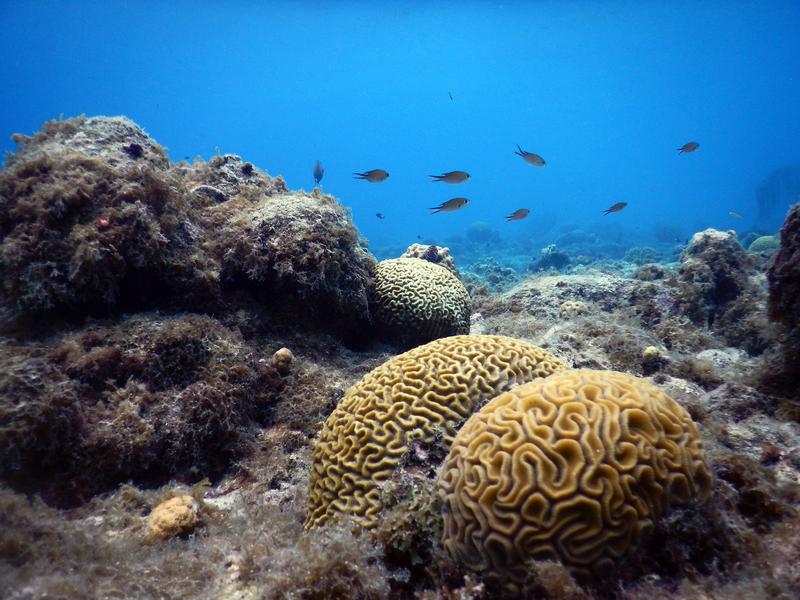 When algae, mussels or barnacles settle on ship hulls, this can lead to billions of euros worth of damage. To counteract this, they are treated with antifouling coatings. A scientist at the Leibniz Centre for Tropical Marine Research (ZMT) has now investigated the extent to which newly developed antifouling coatings could be used to curb algal growth, which often affects coral larvae as they settle and develop. The results of the study were published in the journal Scientific Reports.

Tropical coral reefs are under increasing pressure from ocean warming and acidification, marine pollution, dynamite fishing and other human activities in coastal areas. For reefs to recover and become more resilient, stony coral reproduction and the dispersal and settlement of their larvae must succeed.

In the process, the larvae are exposed to several dangers: they have predators such as fish and brittle stars, stirred-up marine sediment prevents their settlement, or algae dispute suitable settlement sites. In the battle with coral larvae for space and light, algae have a particular advantage in coastal areas polluted by sewage or discharged nutrients from agriculture, as they thrive in such conditions.

The problem of algae, but also mussels or barnacles, attaching themselves to surfaces is well known from maritime shipping. To counteract this so-called biofouling, ships' hulls are treated with antifouling coatings. These coatings usually contain biocidal agents designed to prevent fouling.

Could such coatings also create better conditions for coral larvae to settle? Marine biologist Lisa Röpke at the ZMT investigated this question. "Our goal was to find a coating that would reduce algal growth on a suitable settlement site but not affect the larvae," she said. For the study, Röpke coated various carrier plates, such as those used to maintain small coral colonies in marine aquariums and in reef restoration projects, with three antifouling coatings. These were newly developed and tested for the first time in the study and are potentially more environmentally friendly than previous agents.

One of the coatings contained the biocide DCOIT (Dichlorooctylisothiazolinone), and another consisted of cerium dioxide nanoparticles. These can curb bacterial growth on substrates, which has a major impact on whether algae settle in a place. The third coating was a silicone coating that prevents fouling organisms from settling due to its smooth and water-repellent surface.

Röpke placed the coated plates in aquariums with coralline, green and brown algae. After five weeks, the plates were transferred to jars and coral larvae of the genus Acropora were added. Twenty-four hours later, Lisa Röpke examined how many larvae had settled on the carriers.

"We found that both the silicone and DCOIT coatings effectively reduced algal growth on the carriers. What was particularly exciting, however, was that the coatings did not negatively affect the settlement behaviour of the coral larvae," Lisa Röpke reports. "It is possible that this method could be used to design surfaces in reefs that keep algal growth in check and thus give the corals a head start in their development. For reefs, this would be an important help, especially since a large proportion of stony corals usually spawn only once a year."

The use of coated surfaces for the settlement of coral larvae - in addition to other methods - could still preserve one or the other reef area as a refuge from which dying reef areas could be repopulated, the researcher hopes.

Still, she says, caution is advised. "At the moment, there are no reliable antifouling paints on the market which are sustainable and non-toxic. Effective coatings only harmful to fouling organisms could be a sustainable alternative to toxic antifouling paints," Röpke said. However, concerning the new antifouling coatings in her study, their effect on larvae of other corals and also on other reef organisms still needs to be investigated, she said.